Sunday, 31st August: August goes out on a high, with warm sunshine and the wind dropping to a brisk breeze, and lots of birds! Birds of the day were two Pied Flycatchers at the appropriately named Flycatcher Corner, but there was evidently a huge movement/fall of many of the commoner migrants. 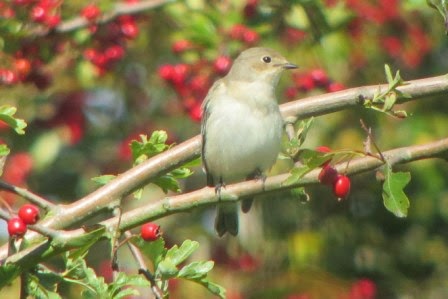 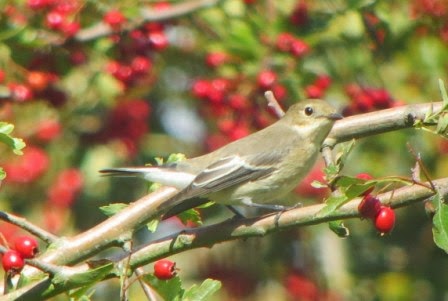 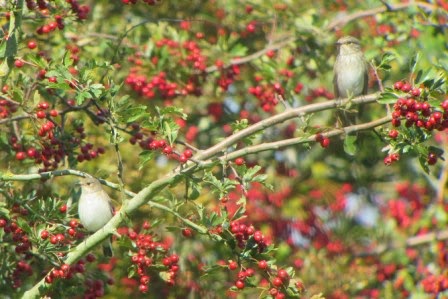 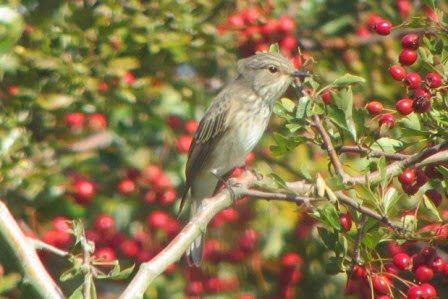 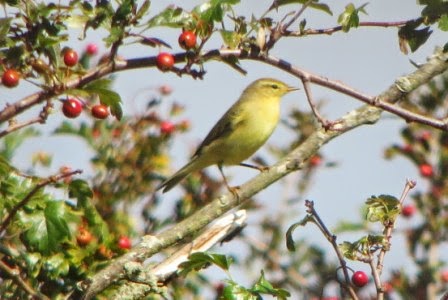 Horse Paddocks, Warner Lane: 3 Whinchats, 2 Whitethroast, 3 Willow Warblers, 1 Kestrel, c150 Swallows and House Martins, and just as I was climbing the stile to leave a male Redstart popped up on the fence. (SR)
Church Norton: On the walk from Selsey there were 22 Wheatear, 20+ Whitethroat, 50+ Willow Warbler, 2 Blackcap, 1 Grey Wagtail, 2 Yellow Wagtail, 200+ Swallow, 1 Spotted Flycatcher, 4 Sparrowhawks and 4 Buzzards (S&SaH)
There was also a Whinchat on the beach and 2 Redstarts and 2 Spotted Flycatchers at Greenlease Farm (IP)
Around the hide there were still 2 Redstarts, 5+ Spotted Flycatchers, a couple of Lesser Whitethroats and a Garden Warbler, plus a total of 41 Yellow Wagtails went over west and 3 Whimbrels were in the harbour. (AH et al)
A Merlin flew low over the harbour and there were a total of 14 Buzzards over the west side. (DIS/RI/DM) 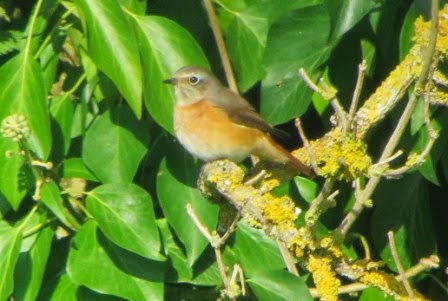 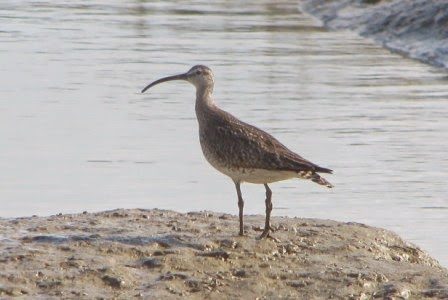 This evening, in addition to the above, there were 100+ Mediterranean Gulls, 400+ Black-headed Gulls, 12 Gannets, a Fulmar, 6 Sandwich Terns and 2 Common Terns offshore, a Swift over and still 13 Wheatears on the beach. (S&SaH)


Medmerry: Around the viewpoint to the breach there were 12 Wheatear, 3 Whinchats and 25 Yellow Wagtails this morning. (RJS)
Easton Lane westwards this afternoon - 4 Wheatears, 2 Whinchat, Yellowhammer and a Green Sandpiper, plus hundreds of hirundines, mainly Swallows & Sand Martins. (IP)
Porthole Farm: A brief look along the sparse hedges and stubble this evening produced at least 12 Whinchats and a conservative estimate of 40+ Wheatears, along with 2 Redstarts, 20+ Yellow Wagtails and 200+ Linnets. (AH) 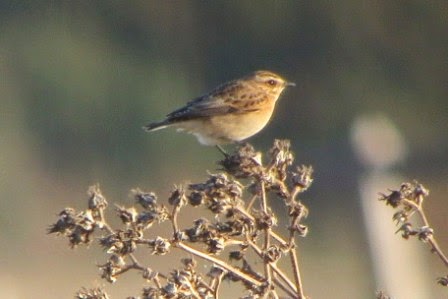 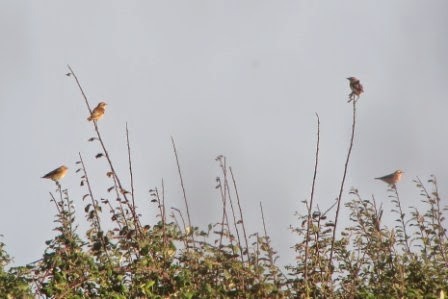 Ferry Pool: Just 2 Little Ringed Plovers, 4 Black-tailed Godwits and 40 Lapwing this morning. Along the hedges there were 30+ Willow Warblers and Chiffchaffs, with 5+ Blackcaps and Whitethroats and 100+ Goldfinches. (AH) 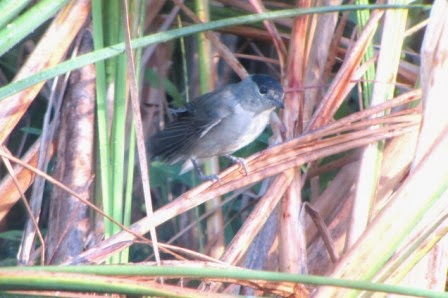 Blackcap (above) & Goldfinches on the pond near the Visitor Centre (AH) 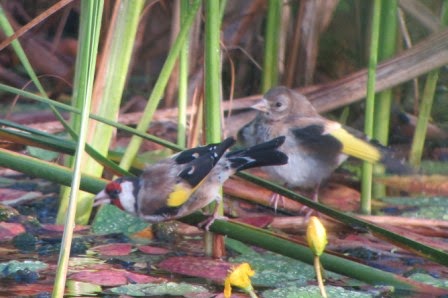 
Church Norton: Possibly the rarest bird on the peninsula this year was seen by S&SaH this morning, between the Severals - a Marsh Tit! A common and even garden bird in most of the country, this is the first record at the south end of the peninsula in a dozen years or more.
Otherwise it was more of the same, really - between 6 and 8 Spotted Flycatchers, a Redstart, a Lesser Whitethroat, a Garden Warbler, a Reed Warbler and a few Blackcaps, Whitethroats and Willow Warblers around the hide area, and several Whimbrel and a couple of Sandwich Terns in the harbour. (AH) 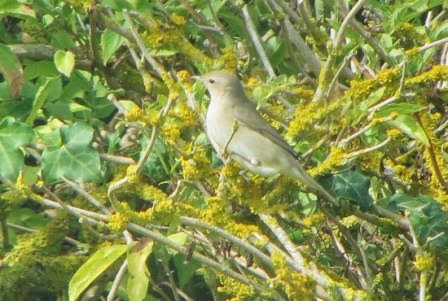 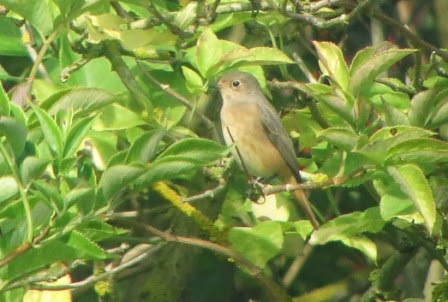 To add to the above list - we saw a Grey Wagtail, a Peregrine, 4 Sparrowhawks and 4 Buzzards, plus a Bar-tailed Godwit in the harbour and 3 Gannets, 3 Sandwich Terns and 10 Common Terns offshore. (S& SaH)

Medmerry: Breach area - A Marsh Harrier drifted westwards over the reserve early on, then flew way out to sea, before turning back and flying towards East Head. Also there were up to 8 Wheatears, a Grey Wagtail, 2 Meadow Pipits and 30 Linnets around the rubble heaps, and in the pools there were 2 Bar-tailed Godwits, 2 Sandwich Terns and 50+ Ringed Plover and Dunlin. (AH) 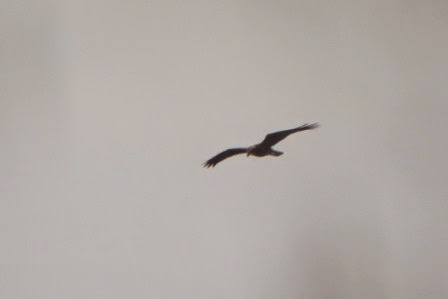 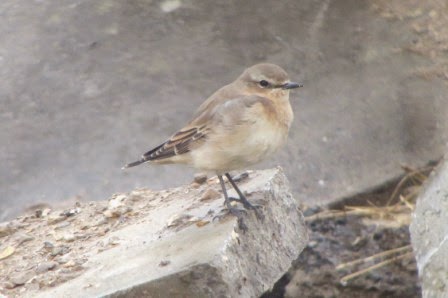 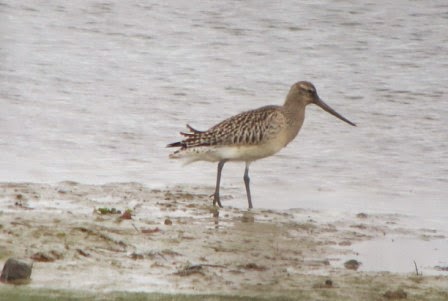 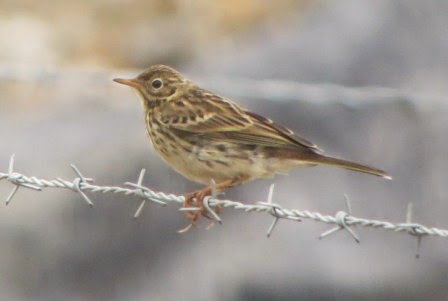 Easton Lane to the pools: Very quiet, only bird of note was the Barnacle Goose with roughly 400 Canada Geese. (BI) 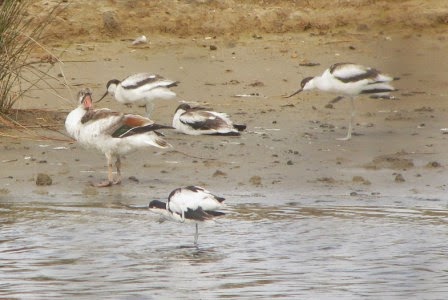 Spot the odd one out! A Shelduck and 4 Avocets on the Ferry (AH)
Marsh Farm, Sidlesham: Three Wheatears in the dairy field and a Redstart by the sunflowers this morning. (BI)

North Wall: It was very windy sthis afternoon, so keeping the birds down - but birds of note were as follows:
2 Whinchat by the horse paddocks
Marsh Harrier flew over Owl copse and headed out over the saltings
c40 Sand Martin
c20 Swallow
c20 Black-tailed Godwit on Breach Pool with another 30+ on the saltings
c16 Little Egret
c7 Grey Heron
c40 Lapwing (PB)
Posted by Birderowen at 09:41