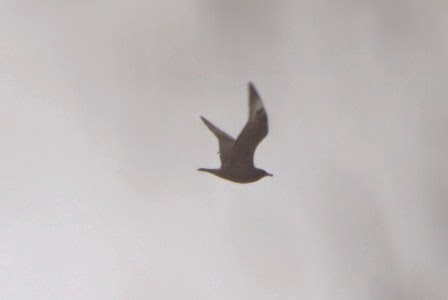 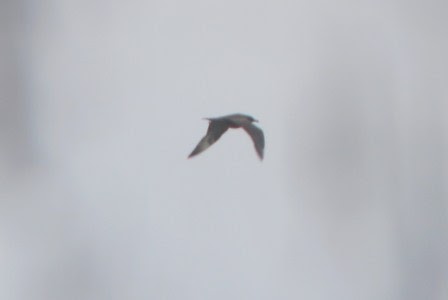 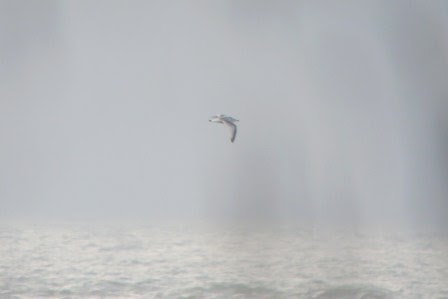 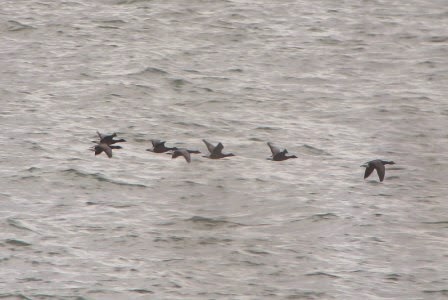 Ferry Pool: The 4 Green Sandpipers were still present this morning, along with 7 Avocets, 16 Shoveler and 40 Lapwing. (AH) 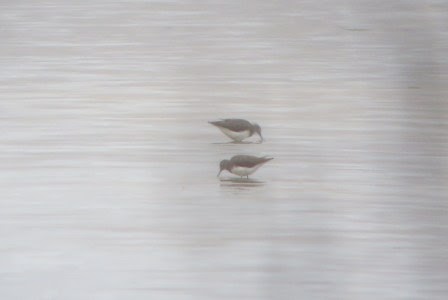 Green Sandpipers on the Ferry (AH)
Medmerry: This morning an Arctic Skua went east over the 'Stilt' Pool. (PH)
This evening a Little Owl was calling around the buildings at Easton Farm. (AH)
North Wall: A Kingfisher and Little Grebe on White's Creek along with an assorted cast of Redshank, Black-tailed Godwit, Grey Plover, Curlew, Dunlin and Lapwing. The Spoonbill was further out in the Harbour. Along the wall at least 6 Common Stonechats, 9 Reed Buntings and 3 calling Cetti's Warblers, whilst 7 Yellowhammers at Owl Water was a bonus. Across the back fields I estimated that there were up to 700 Corvids, mainly Rooks but at least 200 Jackdaws. (JDW). 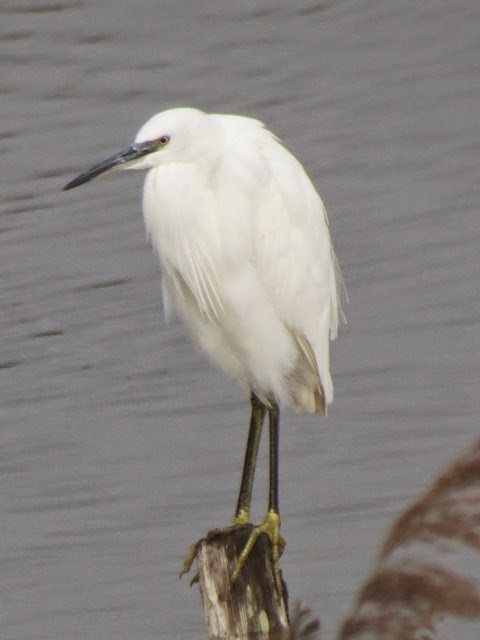 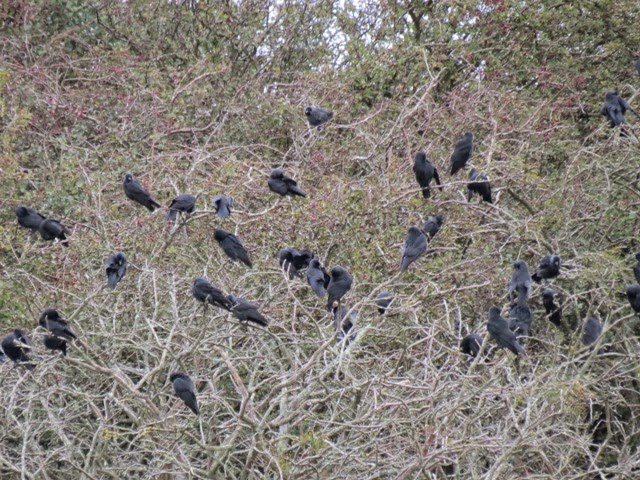 Little Egret and Jackdaw gathering at the North Fields (JDW)
Thursday, 23rd October: A real gloomy autumnal day, though mild, with periods of light rain and drizzle. The wind had abated somewhat, but by afternoon there was a fresh SW 4 to 5 blowing again. We start with a public service announcement for anyone visiting the North Wall over the next few weeks.... be careful when driving/parking in Church Lane! Basically there are some major works going on which involves tractors and lorries moving tons of soil in Slipe Field; this has made pedestrian access there impossible and it seems the footpath is closed. Heavy lorries are thundering down Church Lane but have to go to the far end to do a three point turn... passing perilously close at times to the parked cars in the layby there, and there are inevitable delays whilst the lorries unload. One other unfortunate spin-off is that the local dog-walkers cannot now use Slipe Field; if this morning is anything to go by most of them seem to now be using the North Wall.
Birding highlights today were bagged by those who stayed long enough at the Bill, for after a slow start reports were received of a flurry of activity including Kittiwakes and 4 Pomarine Skuas, with a Balearic Shearwater and some Arctic Skuas late in the day. (OM)

Ferry Pool: There were 4 Green Sandpipers at the back of the pool this morning, along with 7 Avocets, 60 Lapwing and 18 Shoveler. (AH) 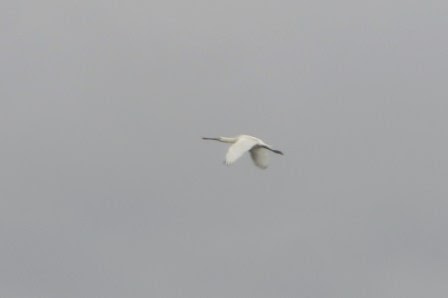 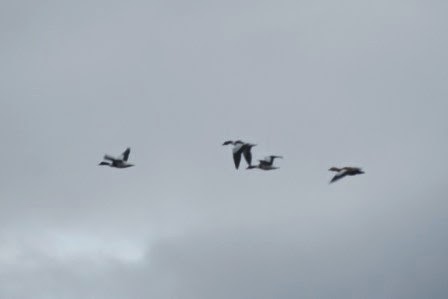 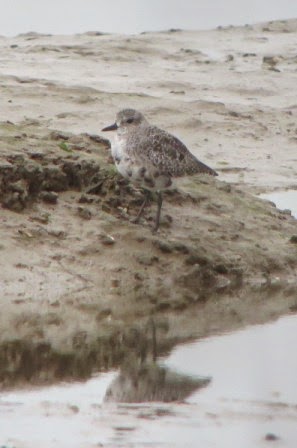 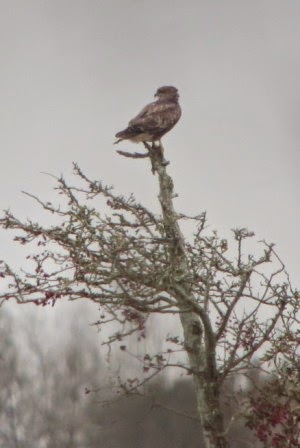 North Wall: A total of 11 Spotted Redshanks in the harbour was noteworthy. Also 3 Stonechats and half a dozen Chiffchaffs were along the wall, 3 Snipe were on the Breach Pool, a Buzzard went over and 70 Black-tailed Godwits and 100 Golden Plover were in the White's Creek area. (OM/CRJ) Further along the Creek on the east side were 2 more Chiffchaffs and a couple of Goldcrests and c.40 Brent Geese, the latter apparently comprising a number of family parties. I haven't seen any big numbers of Brent thus far, but those flocks I have seen seem to contain a healthy proportion of juveniles, presumably indicating a good breeding season (OM). 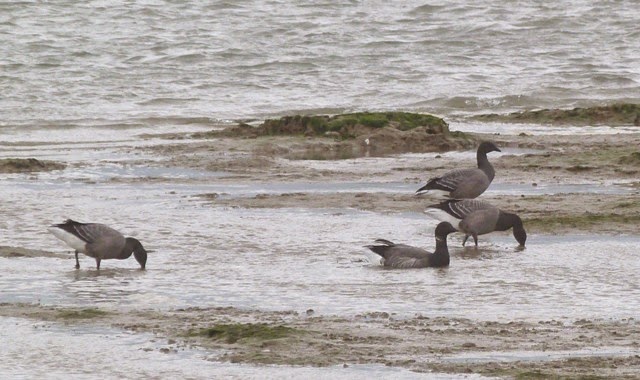 Family parties of Brent Geese on the east side; above adult (swimming) with 3 juv's, and below adults (in water) with 2 juv's (centre, on mud). (OM) 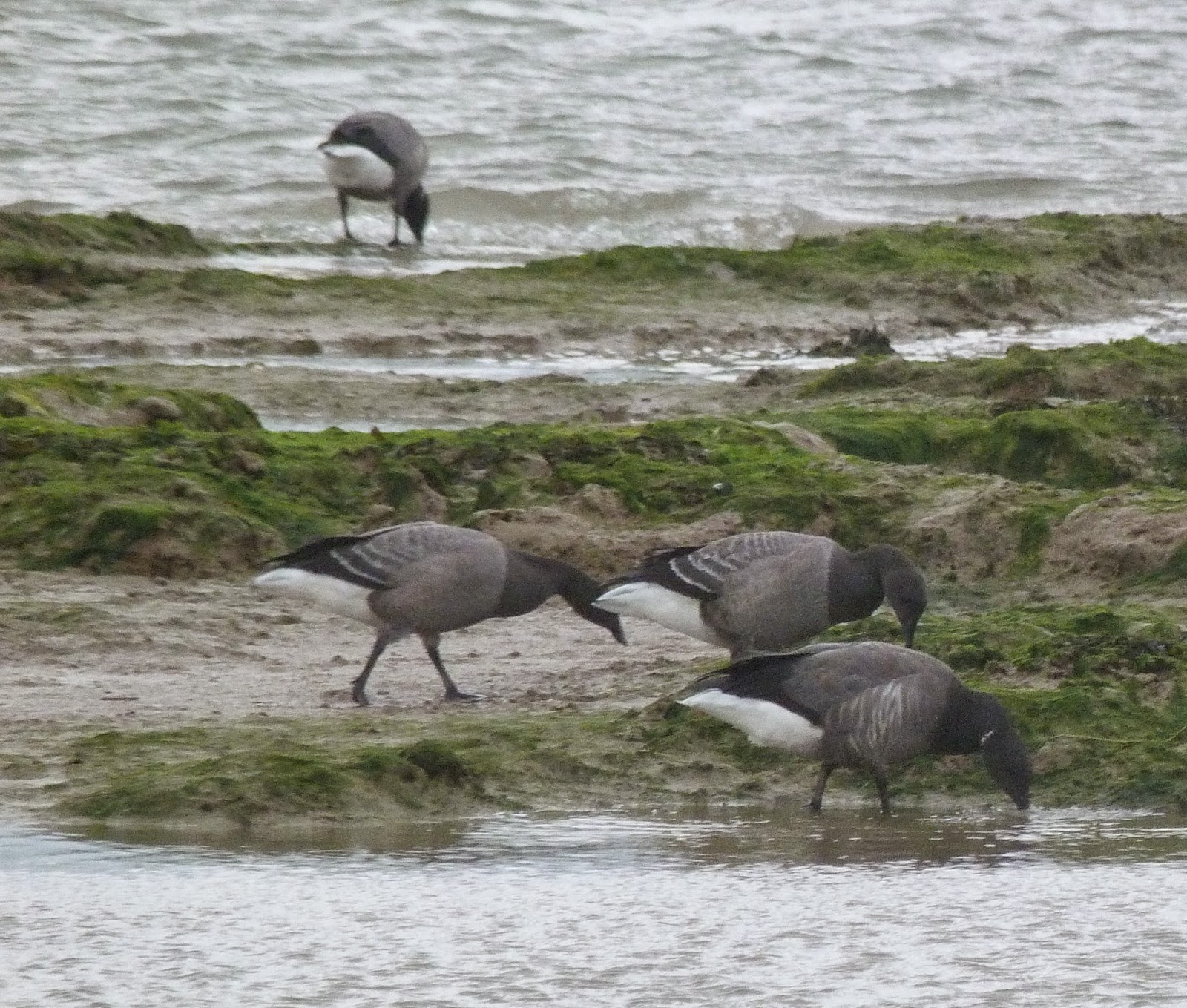 Wednesday, 22nd October: Another bright and breezy day and much cooler than of late, with a brisk north-westerly wind..... never the best for any sea movement in our part of the world! As it turns out, the ubiquitous Woodpigeon probably stole the show this morning!

Selsey area: I decided to work the local patches of habitat in the area this morning but in truth it was slow going and I drew a blank in several places. Those sites worthy of a mention were: Drift Lane marsh where 11 Snipe were on the flooded marsh and a Great Spotted Woodpecker was in the sallows; Warner Lane paddocks where 7 Stonechats and a Chiffchaff were present and Northcommon Farm where just a single Chiffchaff and 2 Goldcrests were in the trees and 15 Curlews feeding on the damp fields (OM). 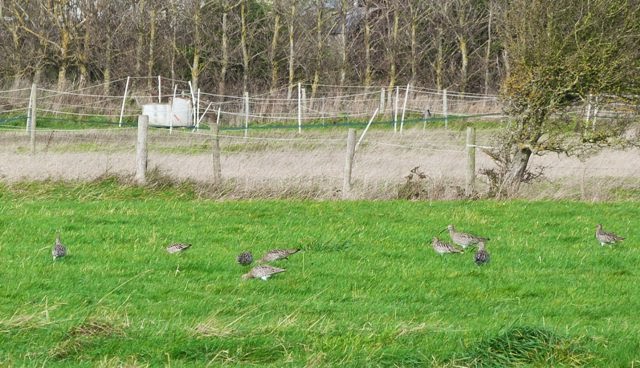 Curlews feeding in the fields at Northcommon Farm (OM).
West side: Two Short-eared Owls were seen (flushed from grass) by a visiting birder mid-morning on the west side path. At about 14.00hrs I watched a tremendous Peregrine chase – it failed to catch a small wader (Dunlin?) over the middle of the harbour, but it pursued it all over the place for about 2 mins, culminating in it diving repeatedly at a patch of saltmarsh where the wader had hidden (PH).
North Wall area: There was a big movement of Wood Pigeons here, too, with at least 1000 birds over west, with 100+ Stock Doves amongst them. Along the wall there were a pair of Stonechats, a Rock Pipit, 6 Reed Buntings and several calling Cetti's Warblers, whilst on the Breach Pool there were 3 Snipe (with 2 more over), 2 Black-tailed Godwits, 2 Little Grebes and 20 Teal.
Not much in White's Creek, bar 100+ Wigeon and 60 Black-tailed Godwits, but in the wider harbour the Spoonbill was again roosting out in the middle, a Peregrine went over a couple of times, putting up a Greenshank on the second occasion, and 30+ Golden Plovers went up with 200+ Lapwing. There were also 200+ Brent Geese scattered about, with more appearing from the east as the tide rose, and there appear to be reasonable numbers of juveniles again this autumn. (AH) 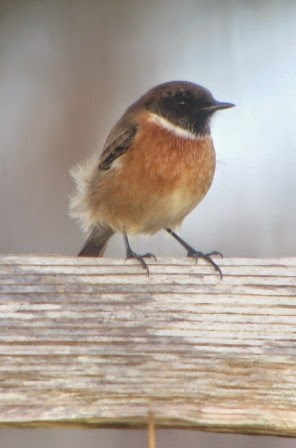 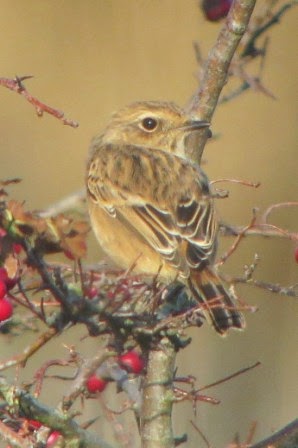 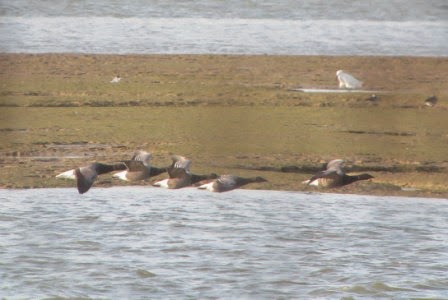 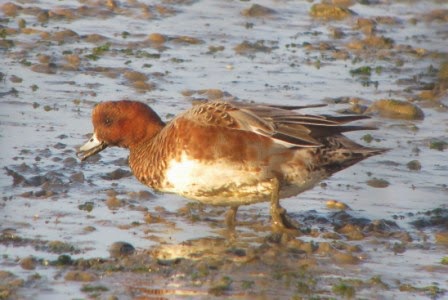 Pagham Lagoon: There were at least 40 Little Grebes and 8 Great Crested Grebes on the water this morning, along with 30 Brent Geese, 4 Wigeon and 20 Tufted Ducks, and a Redshank was along the edge. (AH) 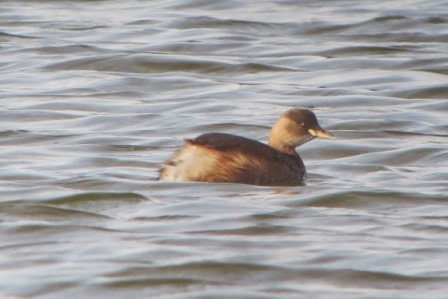 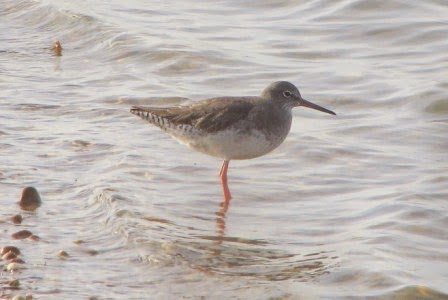