Thursday, 6th August: A grey, breezy start, with squally drizzle on the westerly wind, though it is meant to improve.....

Ferry Pool: Just c40 Black-tailed Godwits, two Avocets and seven Teal on the pool this morning. A Common Sandpiper and 30 Redshank were in the channel, and a couple of Blackcaps and 30+ Goldfinces were in the Discovery area. (AH) 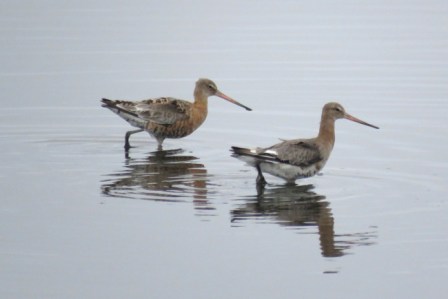 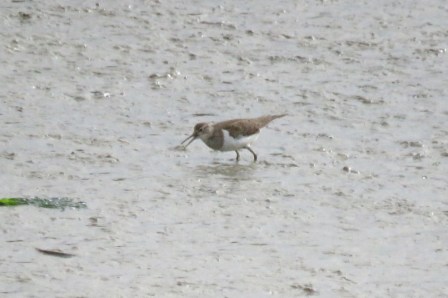 Church Norton: Fly-bys were the most interesting this this morning - namely a Kingfisher, a Hobby and 40 or so Swifts, though otherwise it was quiet. A Common Sandpiper was in the corner opposite the horse field, and there were at least 20 Whimbrel, 40 Redshank and a distant large flock of Dunlin in the harbour. There were also a couple of Little Terns, four or five Common Terns and about 75 Sandwich Terns in the harbour at high tide. (AH) 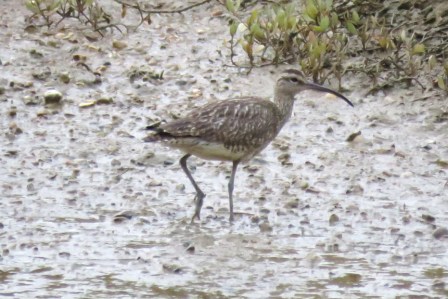 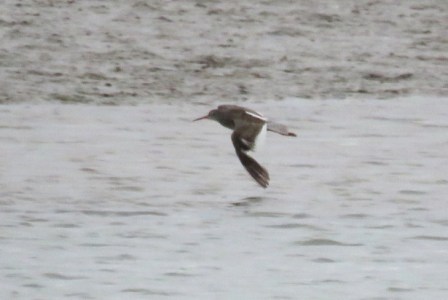 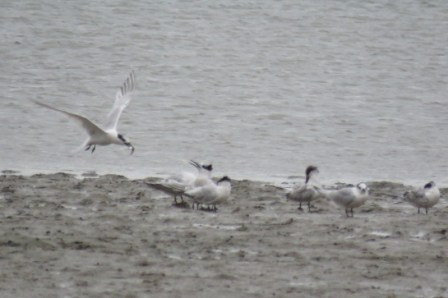 Wednesday, 5th August: A fine, still start with a bit of sun before wind and cloud picked up from the west in anticipation of a wet afternoon...

Ferry Pool: A Green Sandpiper and a Common Sandpiper on the pool this morning, along with 35 Black-tailed Godwits, two Avocets and eight Teal. (AH) 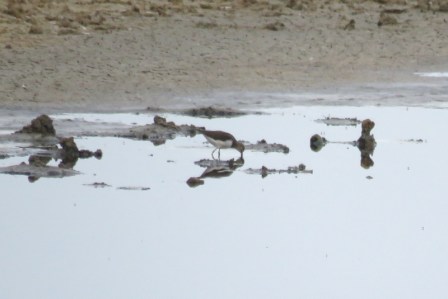 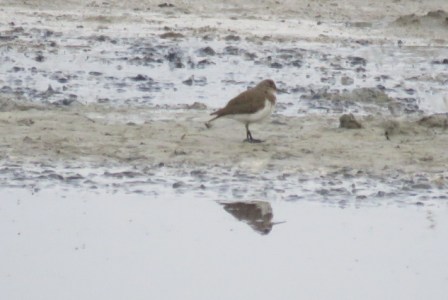 North Wall: The Breach Pool was disappointingly empty - just half a dozen Lapwing and a few Black-tailed Godwits being the only waders present, though there were three Greenshank, two Common Sandpipers and half a dozen Whimbrel out in the harbour.
A Kingfisher was briefly in White's Creek, and there were a few Reed and Sedge Warblers in the reeds, and the odd Sand Martin among the large numbers of Swallows feeding over the harbour, but generally it was fairly quiet. (AH/R&GH) 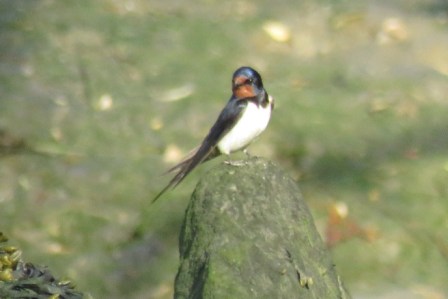 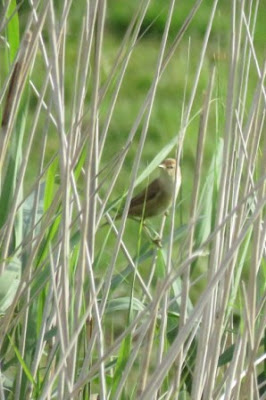 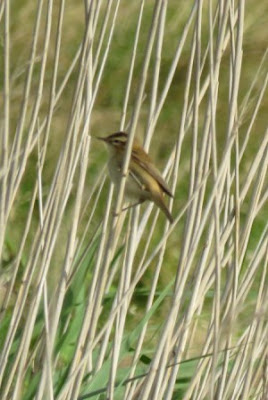 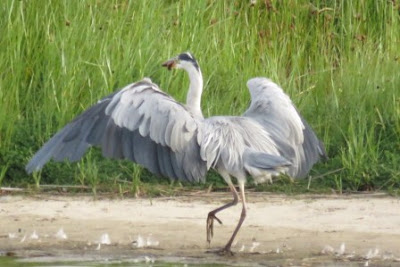 A Grey Heron flying in with a large Eel, which it proceeds to dispatch and flies off to digest it (at the North Wall) (AH) 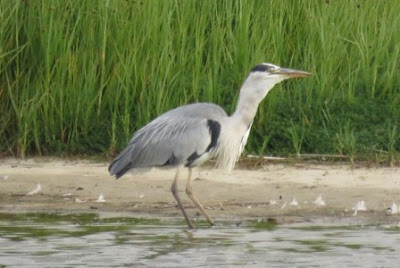 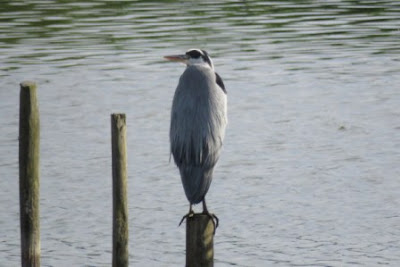 Pagham Spit/Lagoon: There was no sign of any Little Terns in the colony this morning - maybe they have all departed. According to Ivan Lang - the warden - they have had another good year, after last year's success, with at least a dozen young known to have fledged already, and the last ones were all but ready a few days ago.
There was another Greenshank in the harbour, there were several juveniles among Ringed Plovers, and there was a big, but distant flock - 300+? - of Dunlin, plus a few Turnstones out on the mud. There were plenty of Linnets about, but really any other passerines.
Not much to report on the Lagoon, though there were 30+ Little Grebes present. (AH) 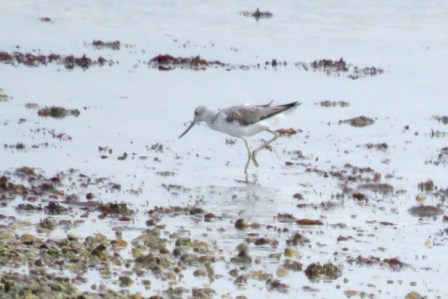 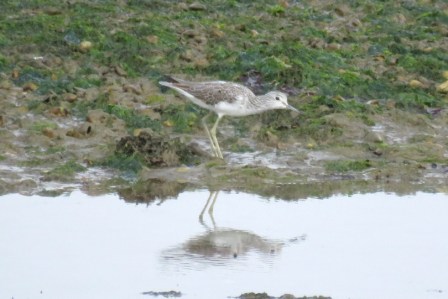 Greenshank (above) & Ringed Plover from Pagham Spit, and Cormorant on the Lagoon (AH) 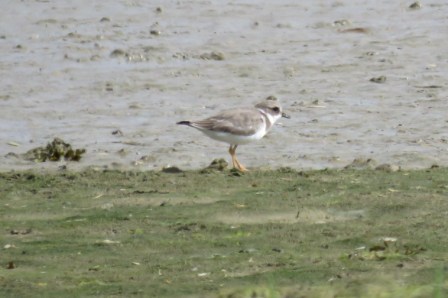 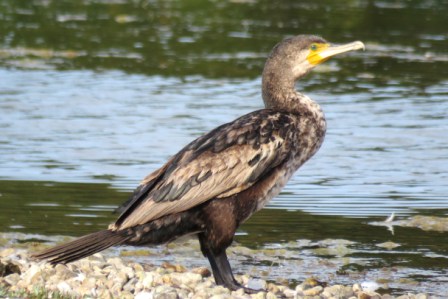 Church Norton: This evening there were 60+ Sandwich Terns and similar of Common Tern, plus two Little Terns in the harbour, and along the Severals there were 20+ Reed Warblers, 10+ Sedge Warblers, plus a single Chiffchaff, whilst a Common Sandpiper was on the concrete spit. (S&SaH)

Selsey: This evening, over the northern edge of the town, there was a big, mixed hirundine flock of approximately 100 Sand Martins, 50 Swallows, 20 House Martins and 40 Swifts. (S&SaH)

Medmerry: Easton Lane to Marsh Barn - A quick early evening look was eerily quiet without the wind, and quiet on the bird front, too - highlights were five Yellow-legged Gulls, four Whimbrel and thirty Black-tailed Godwits by the poplars, and single Yellowhammer and Whitethroat. (AH) 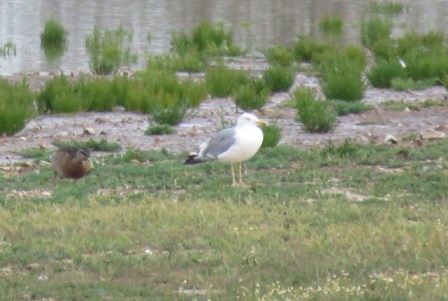 
Tuesday, 4th August: Yet another very blustery day, with intermittent sunshine and cloud.... 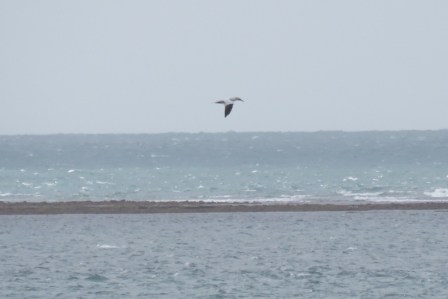 Gannet off the Bill (AH)

Ferry Pool: A Green Sandpiper was at the back this morning, though it was back to just the three Avocets again. There were also 65 Black-tailed Godwits and a couple of Lapwing on the pool, and a Common Sandpiper and 20 Redshanks in the channel.
Also, there were at least half a dozen Blackcaps and a couple of Whitethroats around the discovery area.(AH) Black-tailed Godwits (above) & Blackcaps around the Ferry (AH) 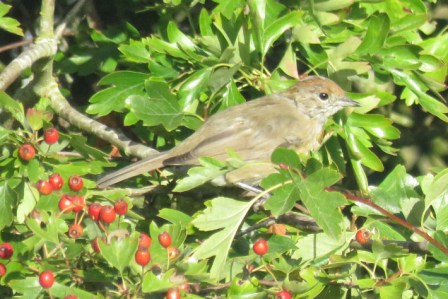 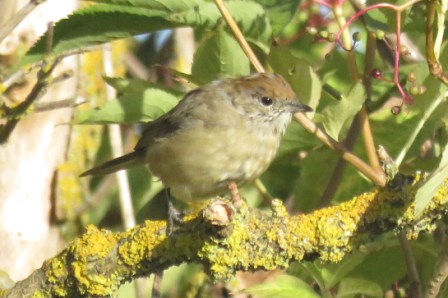 Church Norton: A summer-plumage Curlew Sandpiper was in the harbour late morning. (C&ME)
A large flock of 500+Dunlin were busy feeding off the bench, with a superb summer-plumaged Curlew Sandpiper lurking amongst them, until at around 1045hrs the entire flock were spooked and moved off north and dispersed. Not much else was noted - just a single Knot and Greenshank, plus 4 Whimbrel, but there was no further sign of the Curlew Sandpiperon the rising tide, though at high tide there were 9 Little, 30 Sandwich and 28 Common Ternsin the harbour. (BFF/DIS/DM)
It was very quiet in the windy conditions early on, with just a Blackcap and a Willow Warbler along the front, a Stock Dove by the concrete wall and a couple of unseen calling Jays in the Priory. There were at least a dozen Whimbrel in the harbour, mostly out in the vegetated salt-marsh with at least 50 Curlews, and there were a few Sandwich and Common Terns offshore, but not much else of note. (AH) 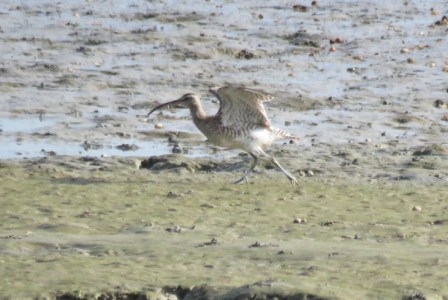 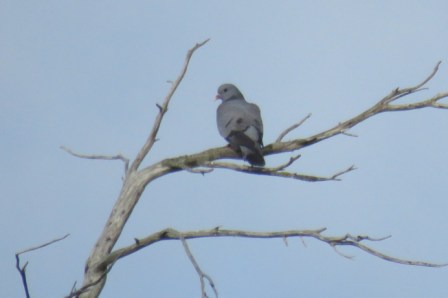 Fishbourne Creek: It was devoid of waders this morning, with little of note, although a staggering count of 665 Mediterranean Gulls beat last years count by 45 birds! They were roosting on the estuary just north of the Lavant, and amongst them were two Yellow-legged Gulls. (BFF/DIS/DM)