Friday, 31st May: A warm, but fairly cloudy, morning, with a fresh south-westerly breeze .....

Selsey Bill: We have a new name on the Pom-King trophy, in the form of Paul Bowley, who saw an impressive 59 of the spring's total of 61 Pomarine Skuas - a well-deserved reward for a lot of hours spent staring at an empty sea, many of which were in the company of close runner-up, John Faithfull, who finished with 55. Well done, chaps! (Eds) 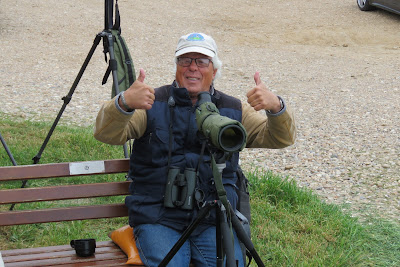 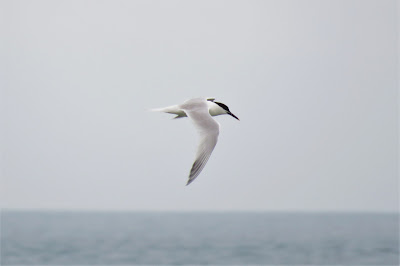 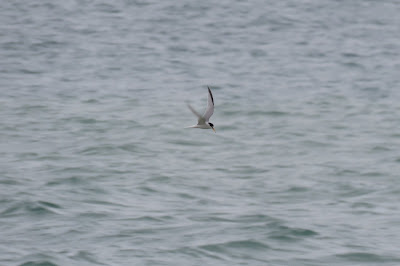 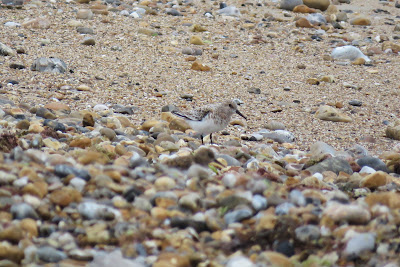 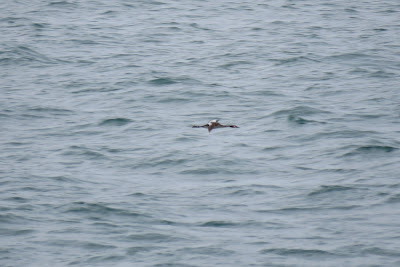 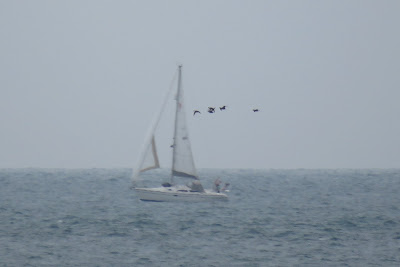 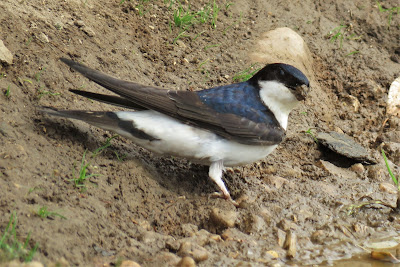 Ferry Pool: A pair of Avocets and a Little Ringed Plover were on the concealed pool, but the main pool just held four Lapwings, four Black-tailed Godwits, six Redshank and c20 Shelducks, plus the youngsters, whilst a flock of seven Gadwall flew around several times overhead. (AH) 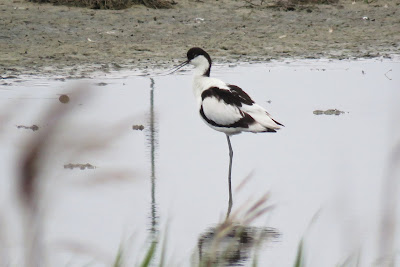 Avocet (above), Black-tailed Godwits & Gadwall at the Ferry (AH) 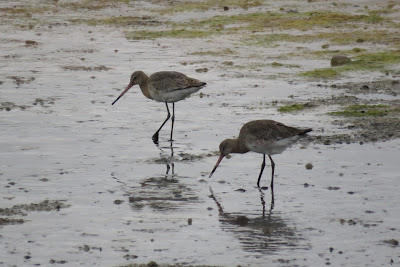 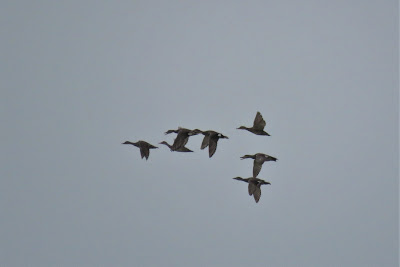 Church Norton: There were plenty of Little., Common and Sandwich  Terns in the harbour this morning, along with a Mediterranean Gull, a Grey Plover, two Bar-tailed Godwits, a Turnstone and half a dozen Ringed Plovers.
Also, one or two Whitethroats, Reed and and Sedge Warblers, plus a Reed Bunting and a few Linnets were along the first Several and the pair of Swallows were busy around the hide. (AH/IP/P&LH et al) 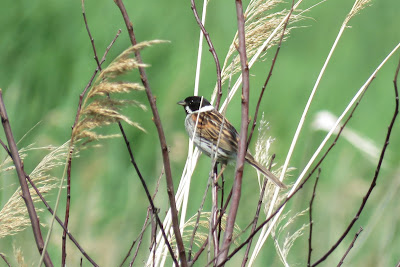 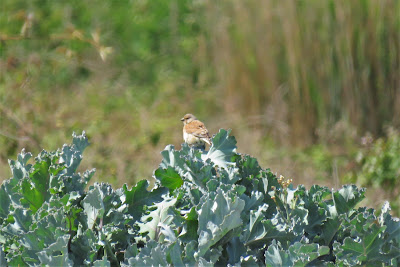 Selsey: There were a Pebble Prominent, a Poplar Hawk-moth and a Bee Moth in the trap this morning. (SH) 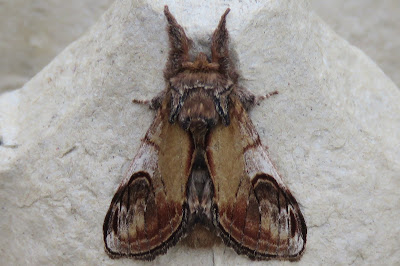 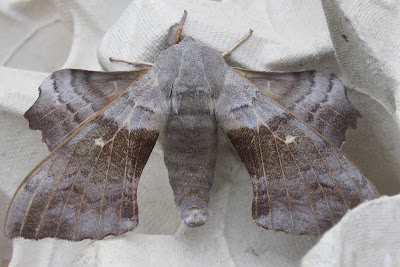 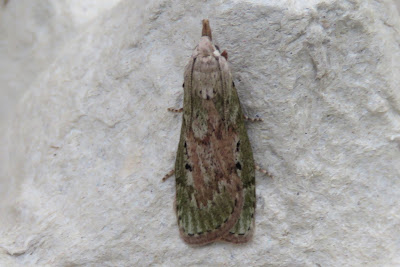 Thursday, 30th May: A warm and fairly sunny morning, with a brisk south-westerly breeze moving the clouds along..... 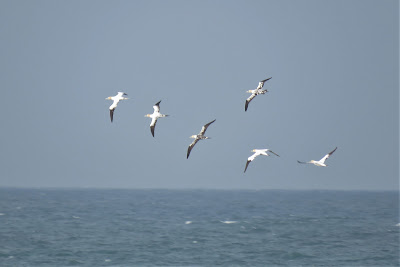 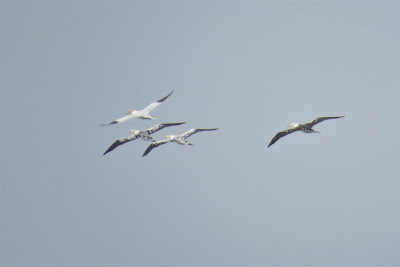 Gannets (above) & House Martins at the Bill (AH) 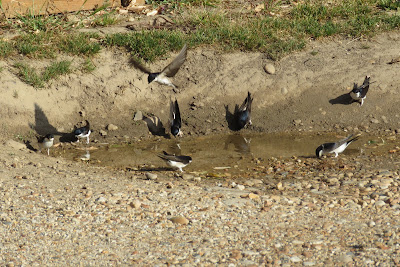 Ferry Pool: The pool remains quiet, with just four Redshank, three Lapwings and 18 adult and seven young Shelducks being the sum, with a Goldcrest singing from the EA yard and a Lesser Whitethroat from the hedge opposite. (AH) 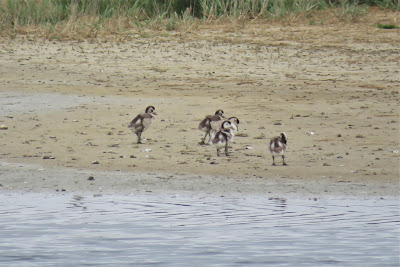 Shelduck-lings at the Ferry (AH)

Church Norton: There were at least a dozen Little Terns feeding offshore and half a dozen Common Terns were among the Sandwich Terns, but the only waders seen were six Turnstones, six Ringed Plovers and a Curlew.
The bushes were quiet, though Blackcap, Chiffchaff and Whitethroat were all heard. (AH) 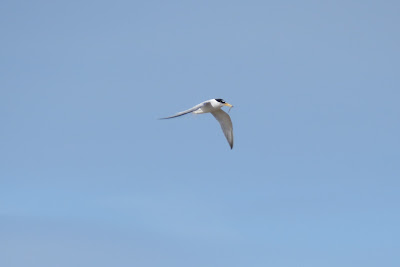 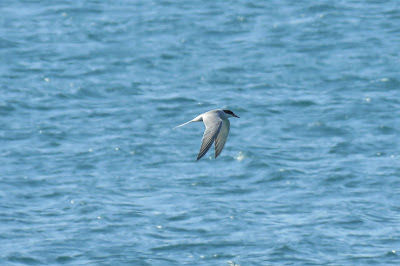 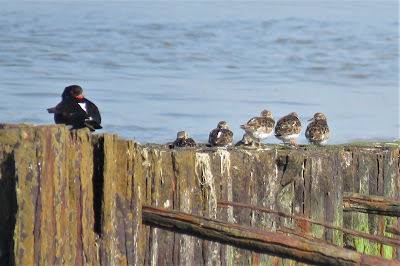 This evening there were two Bar-tailed Godwits and a dozen or so Ringed Plovers on the mud and a Gannet was offshore with a mix of terns. (AH) 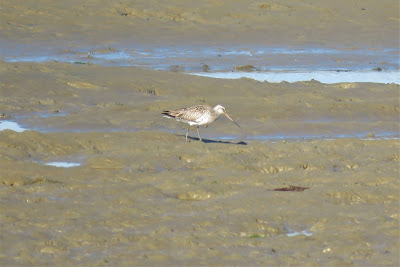 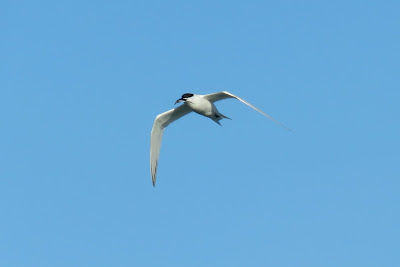 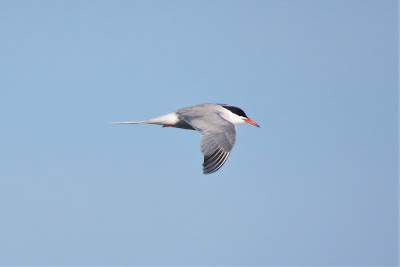 Chi GPs - Drayton House pits:  A female Marsh Harrier appeared twice over the reedbeds - briefly both times - and a pair of Bullfinches flew past me calling, whilst on the lakes were small numbers of Tufted, Pochard and Gadwall. Once again a large flock of Herring Gulls  built up (230), with six Lesser Black-backed Gulls amongst them, but otherwise it was mainly just the usual species present. (OM)


Wednesday, 29th May: Another cool and grey morning, with a moderate south-westerly breeze.......then rain and drizzle by afternoon.


Ferry Pool: There were just four Black-tailed Godwits, three Redshank, a Lapwing and 20 Shelducks on the pool early this morning. (AH) 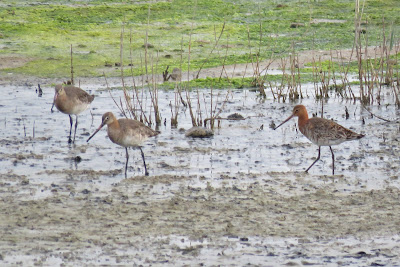 Black-tailed Godwits (above) & Lapwing on the Ferry (AH) 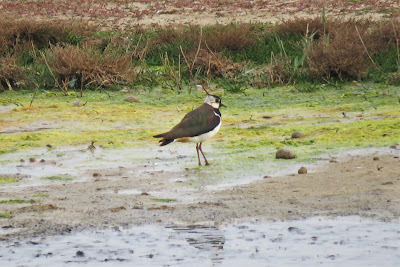 Long Pool: Ferry Channel held half a dozen Redshanks and Black-tailed Godwits, plus a dozen Shelducks and four Gadwall, with another pair of the latter on the pool.
Warblers were quite subdued in the blustery wind early this morning, though several Reed and Sedge Warblers, plus two Lesser Whitethroats were singing and four Swallows went over. (AH) 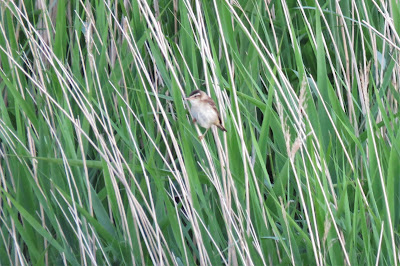 Sedge Warbler (above) & Gadwall on the Long Pool (AH) 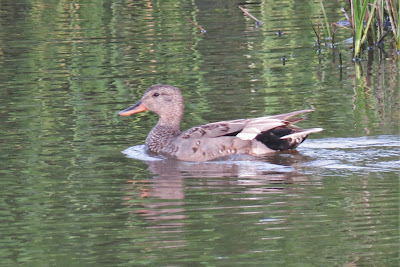