Church Norton: The Wryneck was refound this morning in the long clump of bushes in the 1st Several, but was being typically elusive in the deteriorating conditions. A lot of bird-watchers were out and about this morning, and their collective sightings include 1 or 2 Wheatears, 4 Yellow Wagtails, a Lesser Whitethroat, a Garden Warbler, 5+ Whitethroats, 20-30 Blackcaps and similar numbers of Chiffchaffs, 2+ Spotted Flycatchers and plenty of hirundines (mostly Swallows) overhead, plus a Peregrine in the harbour, 5 Sparrowhawks & 3 Sandwich Terns. 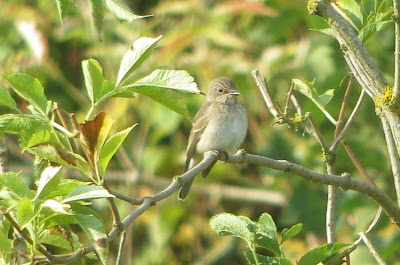 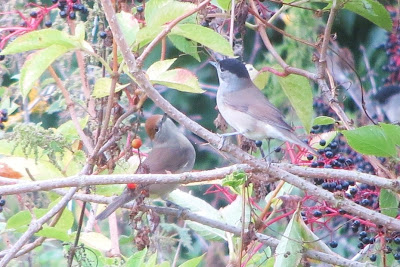 Blackcaps, Church Norton 15/9/13 (AH)
Ferry Pool: Still up to 6 Curlew Sandpipers this morning, and 7 Greenshank present, but no sign of any Little Stints. Also the regular 2 Green Sandpipers and 20+ Dunlin, 15 Black-Tailed Godwit and a Yellow-Legged Gull present, and a Grey Wagtail flew over. 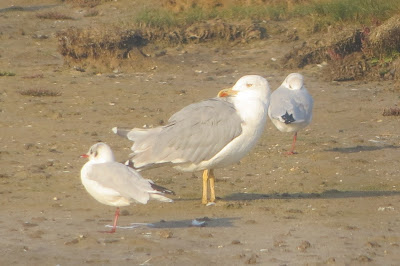 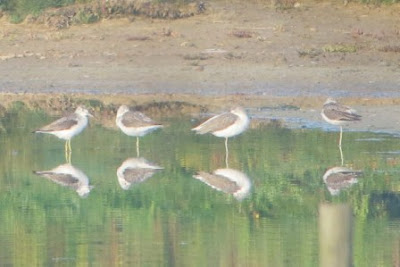 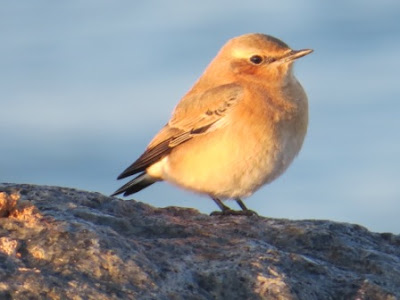 Wheatear at Medmerry 15/9/13 (SH)
North Wall: Very quiet on the Breech Pool - 9 Black-Tailed Godwits, 11 Lapwing, 3 Snipe, 1 juv Ruff, and 100 plus Teal.
Around the fields 32 Yellow Wagtails around the cattle at Honer, and another 6 with cattle at Marsh Farm.
Around the bushes 2 Whinchat, 7 Blackcap, 2 Common and 2 Lesser whitethroats, 4 Wheatear and 3 Chiffchaff. Also a flock of 500 plus starlings in Honer area.(JW)

Saturday, 14th September: Andy will be continuing to run the blog for the next few days, but I interject to bring some sad news. I regret to say I have just learned of the death of Mike Shrubb, who passed away yesterday in Wales. Mike was a local farmer whose land previously included the Ferry pool and he will be known to all regular birders of my generation as a dominant force in Sussex birding, until he eventually moved to Wales a good number of years ago. There will be others who are better placed to describe his life and times, but suffice it to say that birding will be much the poorer for his passing. He did appear at the Bill only this spring, when we were pleased to reminisce - and I was able to remind him of the time when two keen young birders named Janman and Mitchell provided him with a tick on his patch - a White-rumped Sandpiper on the Ferry - which he treated with unrestrained joy after hastily arriving in a cloud of dust and a screech of brakes! Rest in peace Mike (OM). Back to AH for bird news...

Selsey to Church Norton: Wheatear 6, Chiffchaff 30+, Willow Warbler 10+, Reed Warbler 1, Sedge Warbler 1, Meadow Pipit 80 +, Yellow Wag 2, Swallow 200+, Spotted Flycatcher 1, Sand Martin 20+, Hobby 1, Peregrine 2. (S&SaH)
C&ME saw a similar selection, plus a Wryneck on the 1st Several. Annoyingly, as I walked along the path to look for it, I watched it get up from a bramble clump 40m ahead of me & fly right across the reeds and drop down at the back of the 1st Several, into a totally inaccessible area. Hopefully it will return to the beach side in due course. 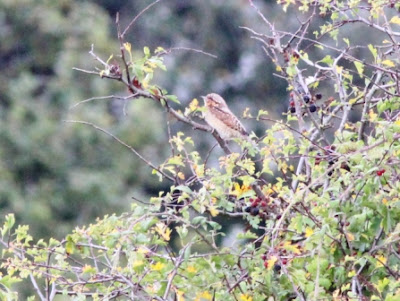 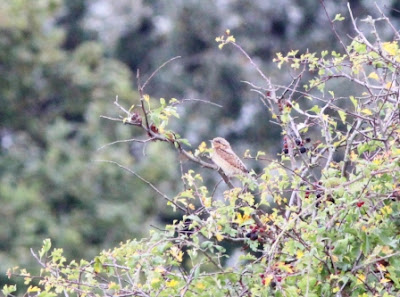 Ferry Pool: First thing there were up to 10 Curew Sandpipers, 1 Little Stint, a Ruff, 2 Greenshank, 30 Dunlin, 8 Black-Tailed Godwit, 3 Yellow-Legged Gulls and 50+ roosting Lapwings. (At midday, all bar the Lapwings had gone!) 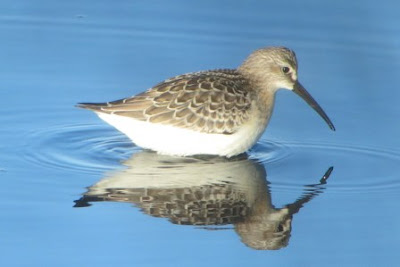 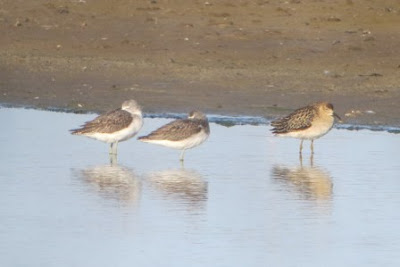 2 Greenshank and a Ruff on the Ferry 14/9/13 (AH)
Halsey's Farm: CRJ reported a possible/probable Goshawk in the copse there, but could not relocate it. Whether it is the local escapee or one from the Downs is impossible to say, but keep your eyes open!
Marsh Farm: S&SaH paid a visit this pm recording -  Buzzard 1, Sparrowhawk 2, Reed warbler 1
& (best of all) Raven 3, flew north calling.

Honer Farm: A Common Sandpiper and the 7 juvenile Tufted Ducks. Also 20+ Yellow Wagtails in the fields. (CRJ & JW)
North Wall/East Side: A walk along the east side of the harbour produced 5 Curlew Sandpipers, 3 Greenshank, up to 5 Common Sandpipers, 1 Knot, 3 Spotted Redshank, around 100 Black-Tailed Godwit, 1 Bar-Tailed Godwit and 20+ Meadow Pipits over. The Breach Pool was quiet - 3 Snipe and 176 Teal (JW counted them!) being about it, bar a couple of Sedge Warblers in the reeds. Also 2 Grey Wagtails briefly at the sluice. 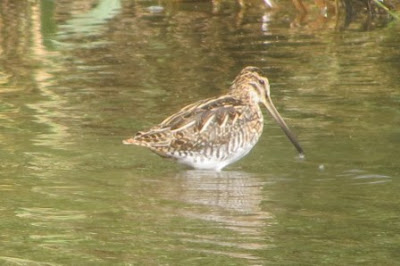 Park Lane Selsey: Ian Pitts reports a Pied Flycatcher in Park Lane, and a Yellow Wagtail there, but sadly it couldn't be refound, though S&SaH noted 3 Spotted Flycatchers, 4 Wheatears and 6 Chiffchaffs present there this afternoon.

Friday 13th September: A dull autumnal day, with the Ferry offering most of the interest: 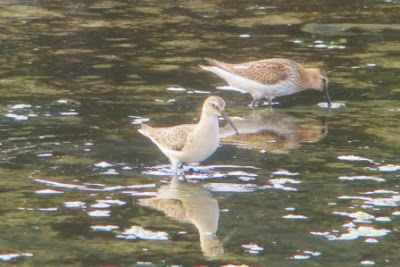 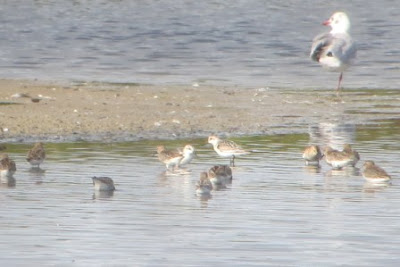 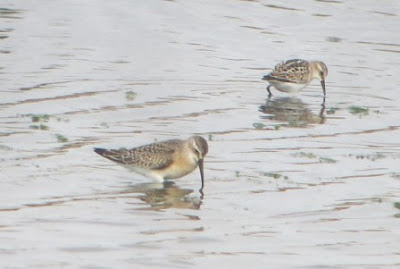