Good Friday, 25th March: A fine, bright day after a grey start (and overnight rain), but with a brisk north-westerly breeze.... 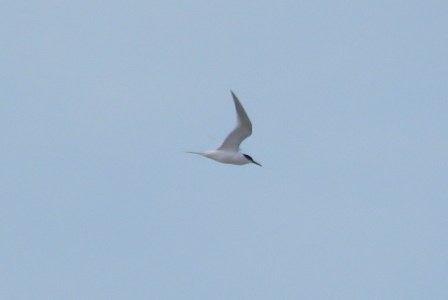 Sandwich Tern (above), Wigeon (I think!) & evidence of more dogs and dog-walkers than birds at the Bill (AH) 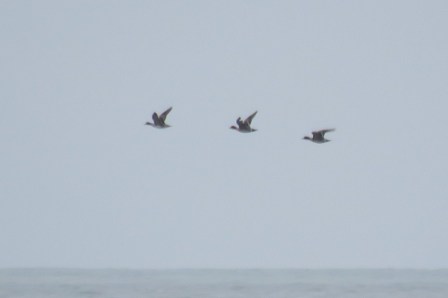 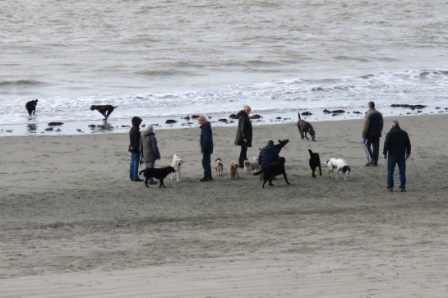 Selsey, East Beach: A Wheatear was on the sea wall early this morning. (SR)

Medmerry: Easton Lane to the Stilt Pool - The only migrant seen was a Little Ringed Plover on the Stilt Pool, where there were also 40 Avocets and half a dozen Black-tailed Godwits.
There were 30+ Yellowhammers along the banks, and in the newly ploughed fields, with similar of Skylark and Meadow Pipit, though not much else beyond a Green Sandpiper in the first pool, a pair of Gadwall, eight Brent Geese and a Mediterranean Gull over, plus a scattering of Stock Doves. (AH/IP) 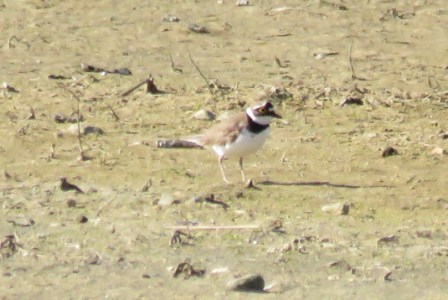 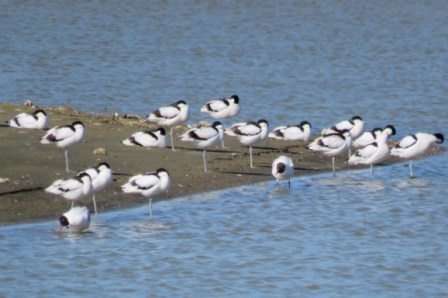 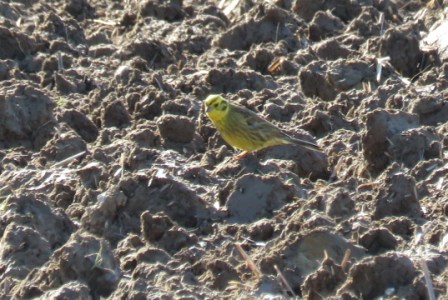 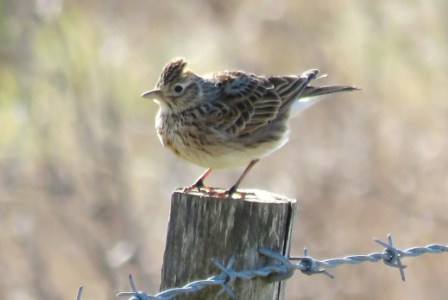 Ivy Lake complex: The White-fronted Goose reappeared this afternoon, in the Canada Goose flock, and there were also two Egyptian Goose and two Black Swans about, plus a couple of singing Chifchaffs and a singing Cetti's Warbler. (AB) 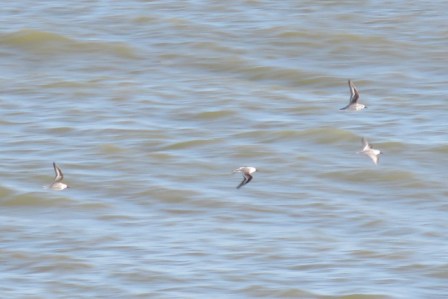 Thursday, 24th March: Back to wintry conditions today, with a cold and gradually increasing westerly and heavy cloud cover with a few hints of sun....dry at first with a few spots of rain later and the promise of a downpour by evening.

Brent Geese passing the Bill this morning; some flocks were fairly close in, as above, but many were high or distant or both! Imagine trying to count the flock in the lower pic (probably just over half of it captured) in the time it takes for them to pass.... having reviewed the photo I reckon there's a good 90 here alone, so I've upped our original flock count/estimate of 120 to 160! (OM) 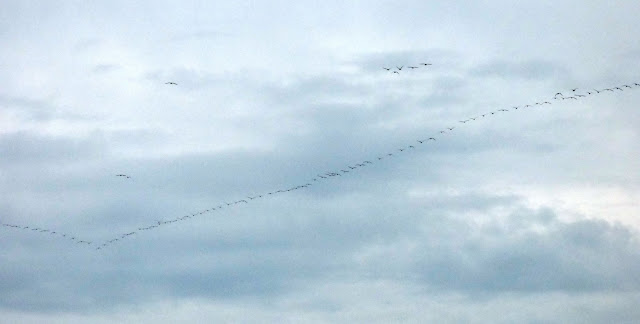 Medmerry (West):  A walk down the west side of Medmerry from the Easton Lane car park to the Stilt Pools was very productive, but the generally overcast weather with a cool westerly wind blowing in off the sea made it feel decidedly chilly this morning. Plenty of pairs of Yellowhammers were singing from the hedgerows and surprisingly a flock of 52 birds feeding in ploughed field! The Little Owl was peeking out again from one of the outbuildings near Marsh Farm. Hawking insects over the Stilt pools were 3 Swallows feeding up before moving off inland. On the pool were 41 Avocets and 2 Little Ringed Plovers, with 6 male Wheatears out on the salt marsh. Offshore a single Sandwich Tern flew close in. (BFF/DM) 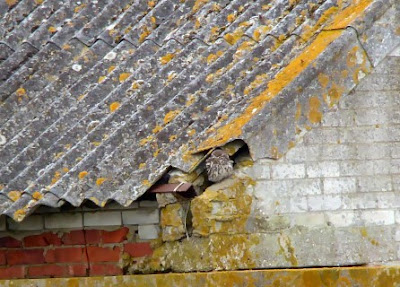 
Ferry Pool: A Greenshank was with four Redshank early on, and a couple of Avocets were present, but that was about it. (OM)


Church Norton: Still quiet, though there were at least a dozen Chiffchaffs and a few Goldcrest around the churchyard and Mound, and in the harbour there were the Whimbrel, 20 Knot, 25 Black-tailed Godwits and 60 Shelduck among the usual fare. Also, a visiting birder reported two Sand Martins over the west side. (AH) 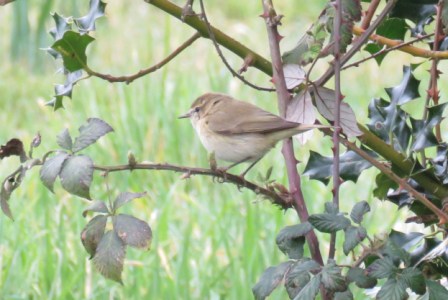 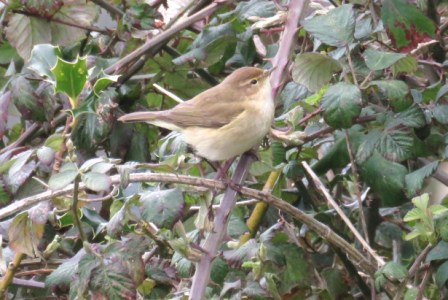 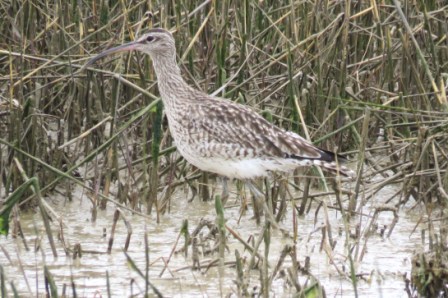 Halsey's Farm to the North Wall: It was distinctly winter-like on this side of the harbour, with 200 Brent Geese and 50 or so Curlew and Wigeon in the fields and c150 Black-tailed Godwits and 60 Teal were spread between the Breech Pool and White's Creek.
A pair of Ravens drifted north over Owl Copse, upsetting the local Carrion Crows and a Spotted Redshank was by the sluice at the western end of the North Wall, with another in White's Creek with 30 Redshank, but the only passerines noted were two Reed Buntings and two calling Cetti's Warblers. (AH) 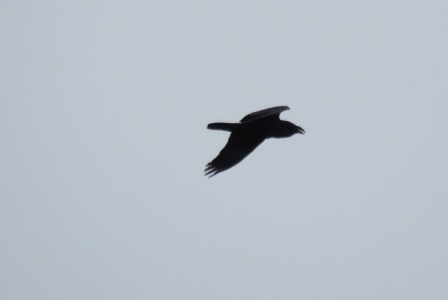 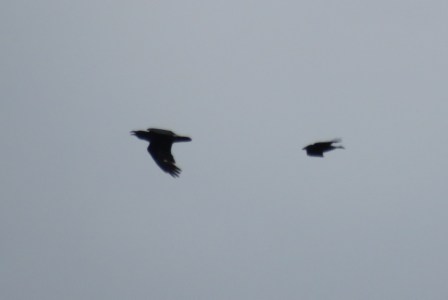 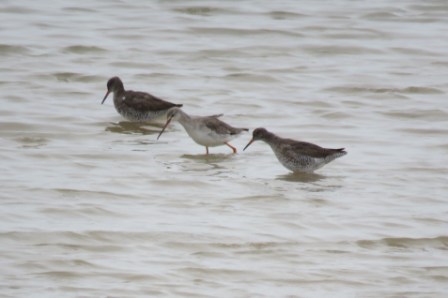 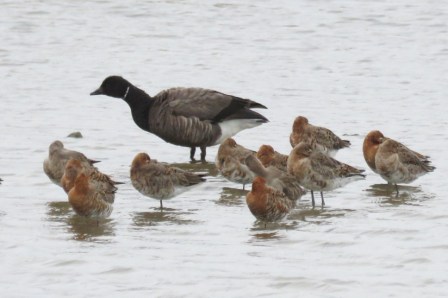 Wednesday, 23rd March: Dry and mainly cloudy, with a gentle northerly breeze at first, due to become more westerly later...

Later, there were 6 Great Northern Divers off the car park/Hillfield Rd, with 8 Red-breasted Mergansers and a single Gannet east. (SR)

Selsey, East Beach pond:  A pair of Mute Swans and Coots were on their respective nests, with a Chiffchaff singing nearby. (SR)

Medmerry: Coastguard Station to the Windmill - Nothing save a couple of Meadow Pipits along the fields, but offshore there were two Great Northern Divers and at least 15 Red-breasted Mergansers, whilst two Shelduck went west and seven Brent Geese east. (AH) 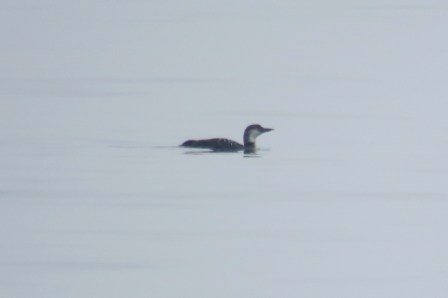 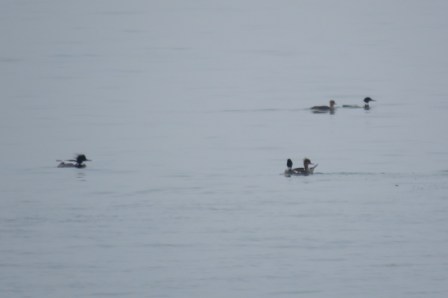 Easton Lane to the Stilt pool - A Wheatear was in a field halfway between the car park the Marsh Barn this morning, and the Little Ringed Plover was on the Stilt pool again. (HR)

Pagham Spit: There were two male Wheatears, a Sand Martin, a Swallow and two Sandwich Terns this morning. (GK per Sussex Birders)
Ferry Pool: Two of everything this morning - Avocets, Redshanks,  Black-tailed Godwits and Shelduck - except Teal of which there were eight. (AH) 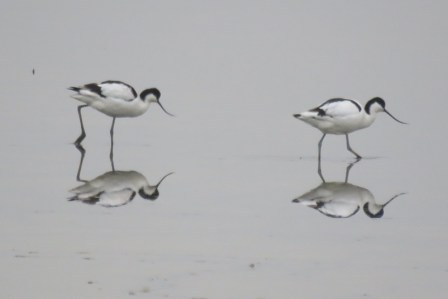 Avocets on the Ferry (AH)

Church Norton: A prolonged look offshore on the rising tide produced a Great Northern Diver, eight Slavonian Grebes, of which several were getting some summer-plumage and a pair were even displaying, and 14 Great Crested Grebes, but there was no sign of yesterday's Black-necked Grebe.
A Sand Martin flew in over the horse field, and a Greenshank was roosting with the Redshanks on the concrete spit, but otherwise there was no indication of any movement.
Among other birds seen were a female Goldeneye and a female Red-breasted Merganser in the harbour (strangely none were offshore), at least 20 Skylarks and several displaying pairs of Ringed Plover along the spit and the usual selection of Dunlin, Grey Plover and Turnstone coming to roost on the metalwork. (AH) 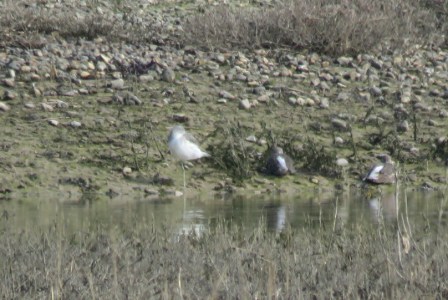 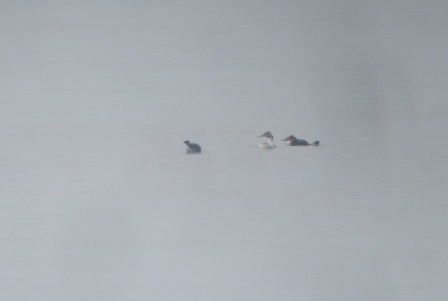 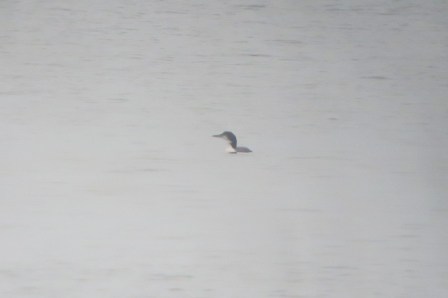 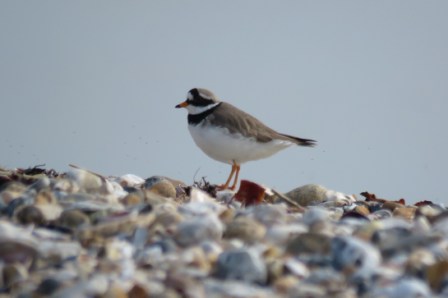 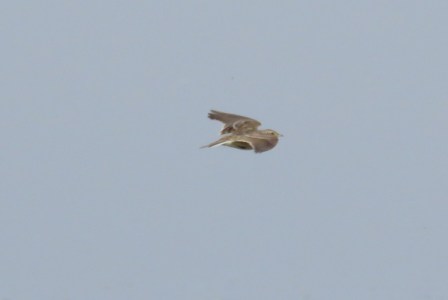 North Wall: Birds were singing all over the patch today; Cetti's Warblers were at 4 locations and Wrens appeared to be everywhere, whilst Great Spotted Woodpeckers were drumming at 3 sites. At Marsh Farm 2 GS Woodpeckers were in adjacent trees and were drumming almost in tandem. A Spotted Redshank was in White's Creek and on Breech Pool were 42 Black-tailed Godwits, 3 Common Snipe and 100 or so Teal. Along Pagham Rife were 36 Wigeon and a Green Sandpiper. In the Bramber area were 3 Yellowhammers and 2 Little Owls were sunning themselves and 2 Stock Doves were nest prospecting in this area. Three Chiffchaffs seen and one was singing at Bremere bridge, plus 3 Common Buzzards mewing at Honer.. (JDW)
Posted by Birderowen at 08:00