Sunday, 22nd December: A welcome dry and sunny start after all the rain, with a moderate to fresh westerly wind, but with cloud increasing through the day. 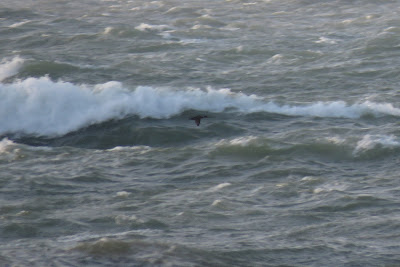 Common Scoter (above) & Mediterranean Gull at the Bill (AH) 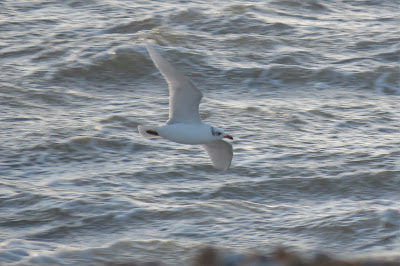 Selsey, Park Farm: There were 27 Oystercatchers, 100+ Curlews and a Stonechat this morning, whilst on the reservoir from the compost heap were 53 Shoveler and 6 Tufted Ducks. (S&SaH)

Ferry Pool: There were six Shelducks, c20 Shovelers and c80 Teal on the pool this morning. (AH)

Wilf's Copse, Hunston: Two Nuthatches were present in the copse this morning, plus a Treecreeper, a Great Spotted Woodpecker, a Jay and 20 Long-tailed Tits. (S&SaH)

North Wall: A Kestrel was hunting again from the fence posts at the horse paddocks this afternoon and a Marsh Harrier was hunting behind the Breech Pool. The fields are extensively flooded and Wigeon, Pintail, Black-tailed Godwit, Mallard, Curlew and Canada Geese were all in the field behind the Pool.
About 500 Brent Geese were feeding In Honer 3 field and in excess of a further 1,500 were swirling in the Marsh/Honer Farms area. Near Halsey's Farm a few  Redwing and Fieldfare were present and a Raven chased a Sparrowhawk, the difference in size being marked. A little later there was a Barn Owl hunting over the reed beds. (IH/DH)

East Head: A Greenshank and 20 Redshank were the only waders on a very full Snowhill Creek this morning, though there were at least 100 Teal and a few Wigeon present, whilst at least 800 Brent Geese were on the field beyond, with more arriving all the time.
East Head itself was very busy for people and dogs, but not birds, with nothing really showing itself, and on the water there were just half a dozen Red-breasted Mergansres and a couple of Great Crested Grebes, all far from shore. (AH) 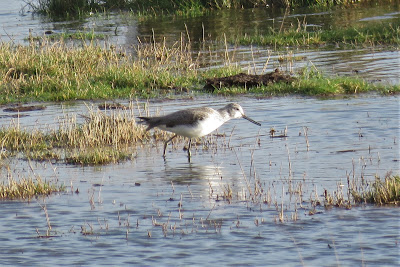 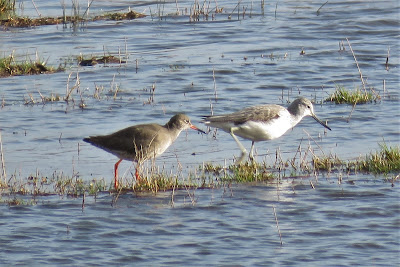 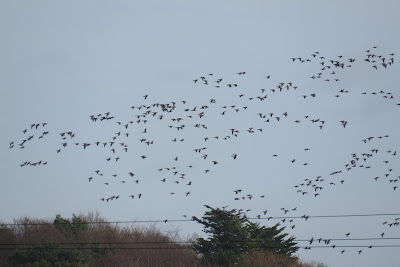 Ferry Pool: There was not a single bird on the pool late this morning, though the Kingfisher and a few Teal were in the channel opposite and a dozen Shoveler and Teal and c50 Wigeon were in the flooded area of the field opposite the Visitor centre. (AH) 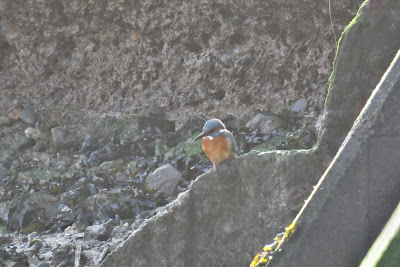 Kingfisher at the Ferry (AH)


Medmerry: Easton Lane to the Stilt Pool - There wasn't much of note on the Stilt Pool, though along the banks there were five Stonechats, two Reed Buntings, three Yellowhammers, 20+ Skylarks and 50+ Meadow Pipits and out on the reserve there were eight Brent Geese, 20+ Golden Plovers and 200+ Lapwings. (S&SaH)

Church Norton: The female Goldeneye was in the harbour again, along with a Little Grebe, a Peregrine and plenty of Knot, Dunlin and Grey Plover, whilst two Sandwich Terns and half a dozen Mediterranean Gulls were offshore.
Also, up to six Snipe and similar of Meadow Pipits were in the flooded area by the horse field, along a Little Grebe, 20 or so Wigeon and 30 or so Teal. (AH/IP) 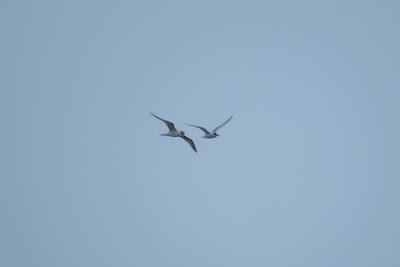 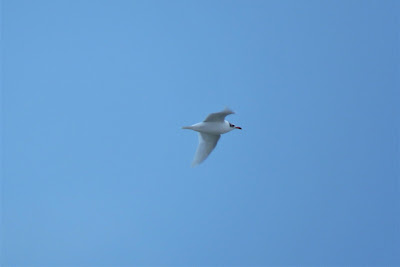 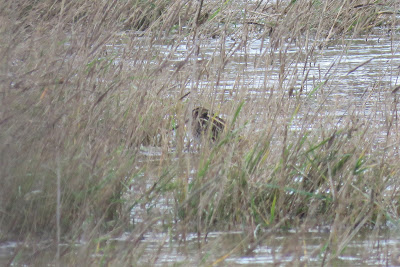 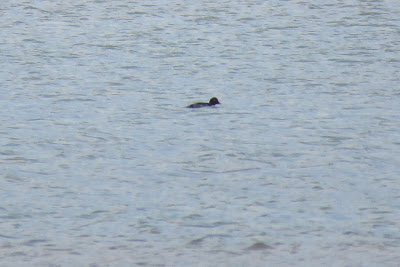 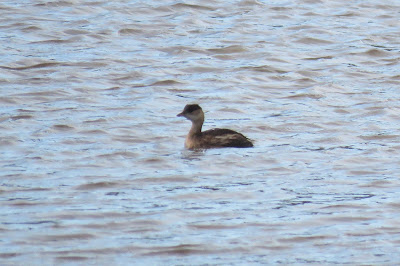 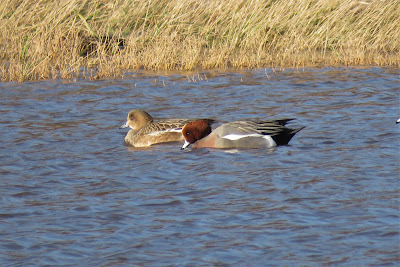 Chichester Marina: I paid a brief visit to the reedbed this afternoon and found a Black Swan toward the back, c300 Brent Geese along the banks, c50 Teal (many of them displaying), 2 Gadwall, 2 Shoveler, 5 Shelduck, 1 Little Grebe, c75 Lapwing, 1 Buzzard and a party of Long-tailed Tits.
From the harbour wall I had scope views of the Long-tailed Duck, 3 Goldeneye, 7 Red-breasted Mergansers, 5 Little Grebes and 2 Great Crested whilst just outside the canal lock-gates was a pair of Greenshank. (SR) 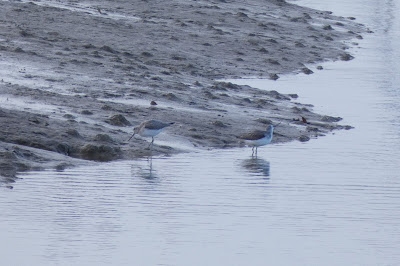 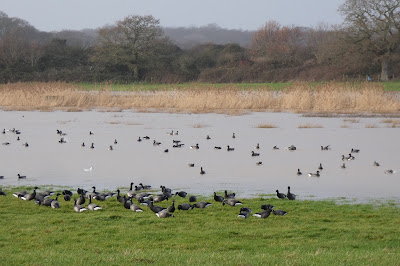 Friday, 20th December: A morning that started grey and drizzly, but after a few heavy showers it brightened up as the wind freshened from the west....followed by heavy showers yet again! 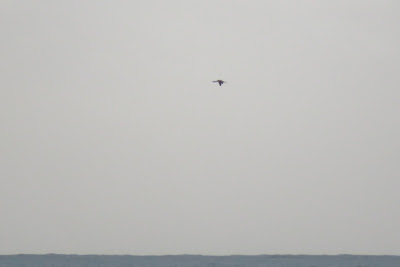 Red-throated Diver at the Bill (AH)

Ferry Pool: There were nine Redshanks, 20 Shovelers and c100 Teal on the pool, with up to 500 Lapwing on/over the fields this morning.
A Kingfisher was in the channel opposite, whilst from the Tramway up to eight Avocet and 20 Shelduck could be seen out in the harbour. (AH) 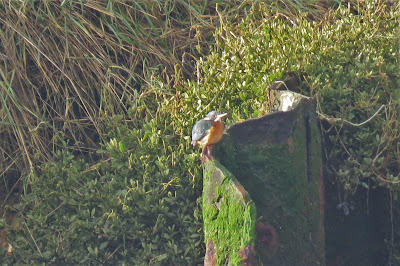 Kingfisher (above), Avocets and Shelducks & Shovelers around the Ferry (AH) 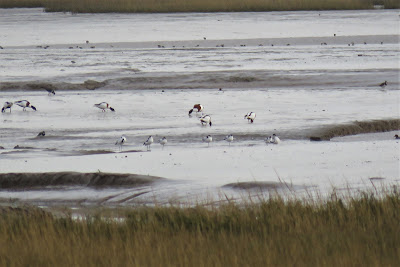 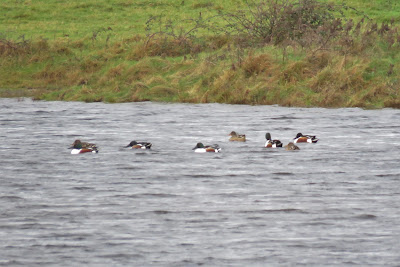 Chichester Marina: A Ring-necked Parakeet flew along the canal and up into a tree by the bridge over the  old lock-gates between the marina and Birdham Pool  this morning. (HR)

Church Norton: A female Goldeneye and a female Red-breasted Merganser were in the harbour, with a couple more of the latter offshore, and there were also c40 Brent Geese and a few Little and Great Crested Grebes present.
The two Peregrines were active, chasing each other about and calling, upsetting the waders - mostly Knot, Grey Plovers and Dunlin - as they did so. Also, about 20 Greenfinches were along the spit, but otherwise it was quiet. (AH) 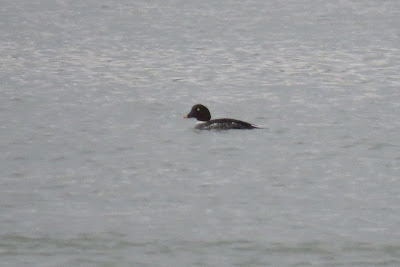 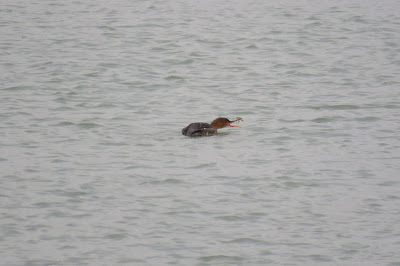 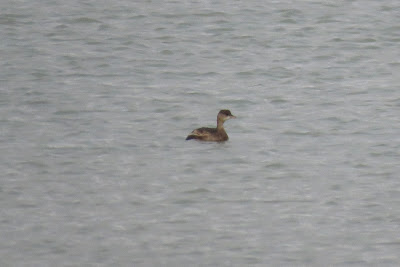 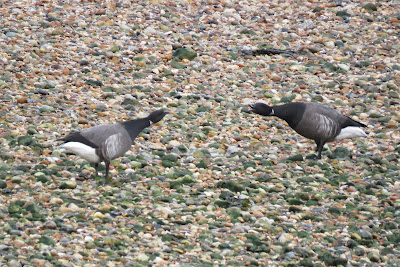 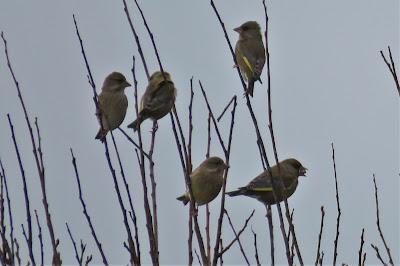 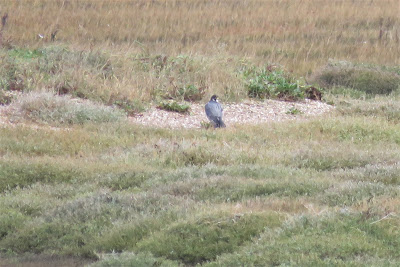 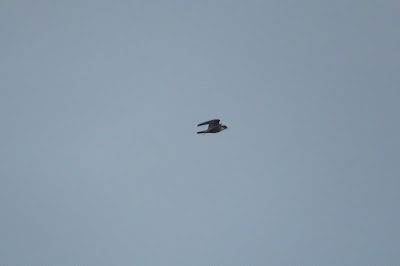