We would like to wish everyone a very Happy Christmas. (Eds)

Ferry Pool: There were four Gadwall, 28 Shovelers, 12 Shelducks and c80 Teal on the pool, with c50 Wigeon and c200 Lapwings on the pools in the fields and a Kingfisher in the channel opposite. (AH/AW) 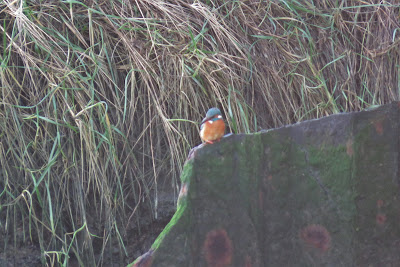 Kingfisher (above) & Shelducks, Gadwall and Teal at the Ferry (AH) 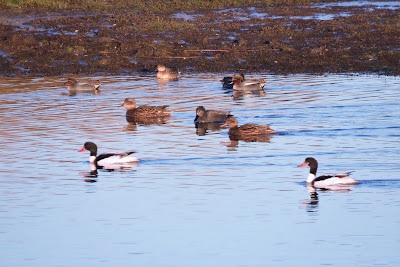 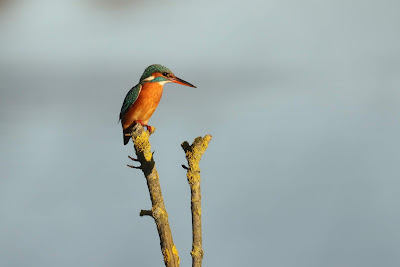 Kingfisher at the Ferry (AW)

Fishbourne Creek: The Long-tailed Duck and five Greenshank were present this morning. (SR)

Chichester Marina: There were two Egyptian Geese in the fields by the reed-beds this morning. (SR).

Church Norton: There were at least 100 Grey Plovers and 500 Dunlin in the harbour towards high tide, along with the Whimbrel, c40 Knot and eight Bar-tailed Godwits, whilst  50 GFolden Plovers and several hundred Lapwings came up from the far end.
The floods by the horse field held half a dozen Snipe and c30 Teal and Wigeon, along with a Stonechat and a couple of Reed Buntings, whilst a Chiffhaff was at Greenlease Farm, half a dozen Linnets went over and a couple of Water Rails and a Cetti's Warbler called from the first Several.
A lone Red-breasted Merganser was offshore, along with 20+ Common and Mediterranean Gulls, whilst the harbour held around 60 Pintail among the Wigeon and Teal and the Peregrine was on its island. (AH/IP) 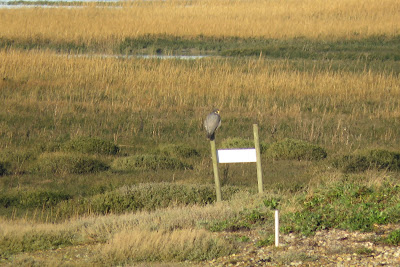 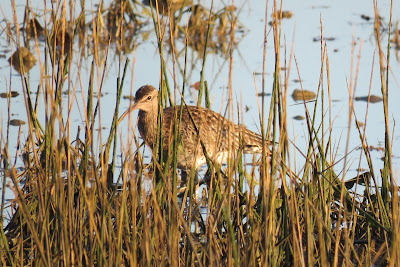 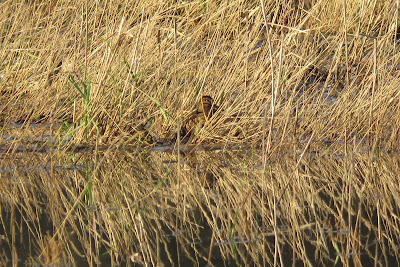 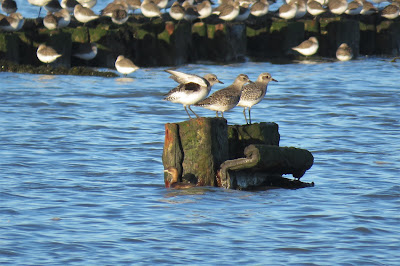 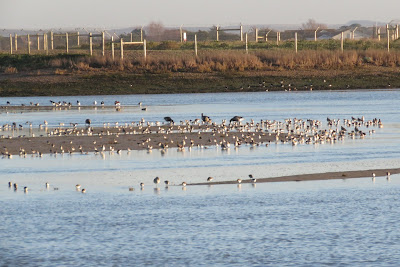 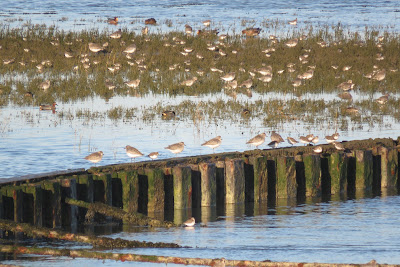 Park Farm, Selsey: A Stonechat was in the ditches this morning. (IP)

Marsh Farm, Sidlesham: Six Cattle Egrets were near the dairy buildings and a Great Spotted Woodpecker was drumming nearby today. (SR)

East Head: There were c.30 Eider offshore near the harbour mouth this morning, before the flock flew off low to the west, whilst also offshore were a single Red-breasted Merganser &  five Great Crested Grebes.
Two Sandwich Terns were feeding in Snowhill Creek and there were a further four Red-breasted Mergansers here as well as a few Redshank on the sand bar. The dunes were fairly quiet but there were still a couple of Stonechats, six Skylarks and a Pied Wagtail around. On the green sward were c.1000 Brent Geese. (BI/DB) 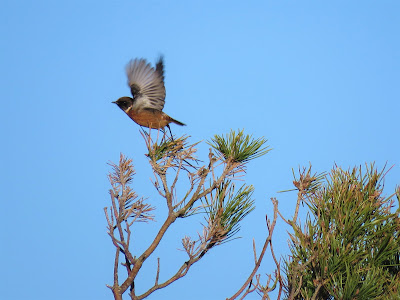 Medmerry: Easton Lane to Marsh Barn - Late this afternoon two Ravens went over westwards and there were also a Stonechat about, two Snipe dropped into the reserve and 100+ Lapwings were flying about. (AH) 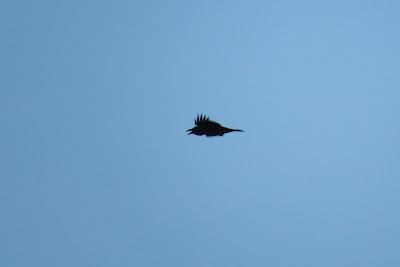 
Tuesday, 24th December: It was cloudier than yesterday, and with a fresher westerly breeze...but still some sunny spells in the morning though showers by afternoon. 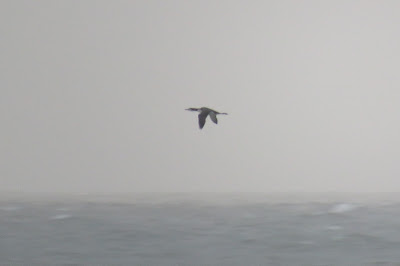 Ferry Pool: There were just a pair of Shovelers and 14 Shelducks around the pool, though up to 300 Golden Plover and 200 Lapwing flew over and back from the south-west. (AH) 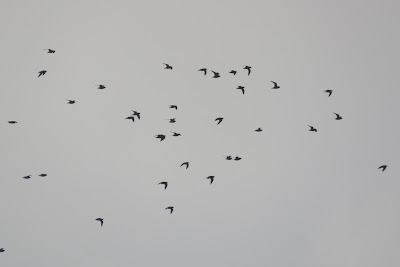 Golden Plovers at the Ferry (AH)

Fishbourne Creek: On the high tide there were five Greenshank roosting off Dell Quay where there was also two Little Grebes and a Red-breasted Merganser, with two Kestrels over.
Higher up the channel there were six Rock Pipits, flushed by a hunting Kestrel from the little exposed salt marsh, and on the water there were hundreds of Brent Geese and Wigeon. Earlier a Peregrine flew down the channel. (RW)

Chichester Marina: Seven Egyptian Geese were in the fields alongside the access road this morning. (BI) 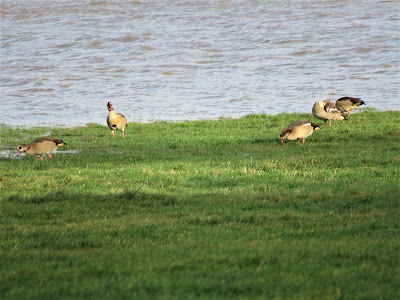 Egyptian Geese at the marina (BI)

Church Norton: There were a few waders about on the high tide, including the Whimbrel, half a dozen Bar-tailed Godwits, plenty of Dunlin, Knot, Grey Plovers and Turnstones and eight Snipe that flew out from the harbour and into the floods by the horse field.
Also, seven Linnets flew across the harbour and a dozen or so Mediterranean and Common Gulls were in the harbour and close offshore. (AH/IP) 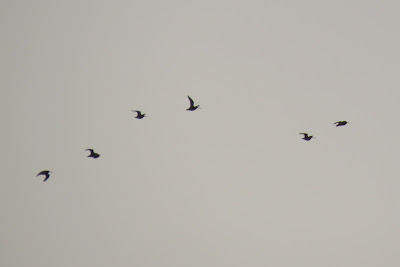 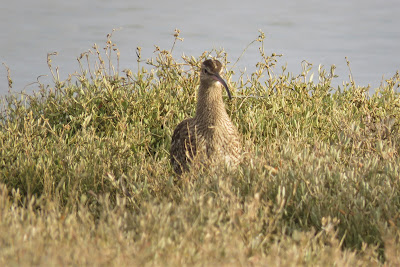 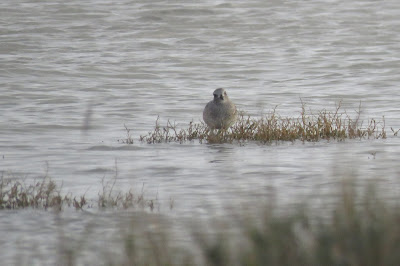 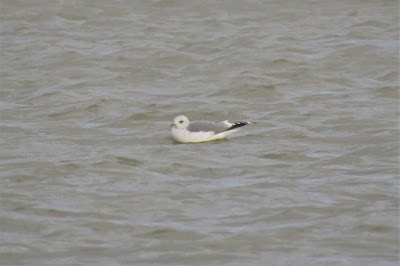 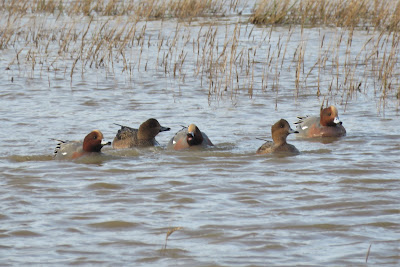 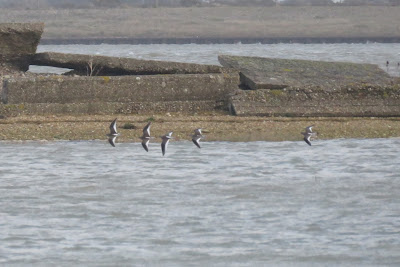 Chi GPs - Drayton House pits: Rather disappointing this morning, apart from good numbers of Shoveler and Pochard, which showed a notable increase, joint totals for both pits being 170 and 152 respectively. Other regular species in average numbers were also present, but passerines were few indeed, a single Chiffchaff being about the best! (OM/CRJ)


Selsey, Park Farm: This morning there were 28 Oystercatchers, 100+ Curlew and a Stonechat present, whilst on and around the small reservoir were 4 Tufted Ducks, 4 Shoveler, 2 Gadwall and a Grey Wagtail. (S&SaH)

Monday, 23rd December: A bright and breezy morning, with lots of sunshine, but not especially warm in the brisk westerly... 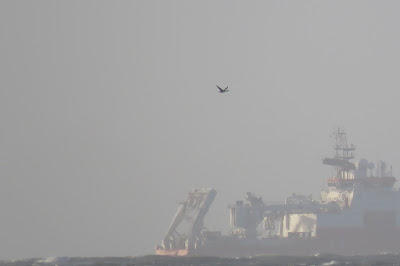 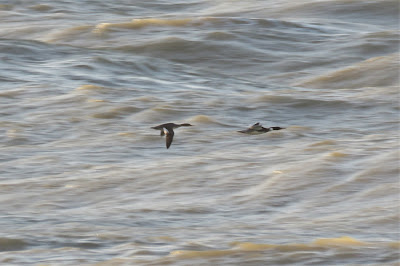 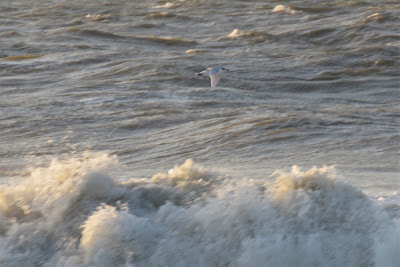 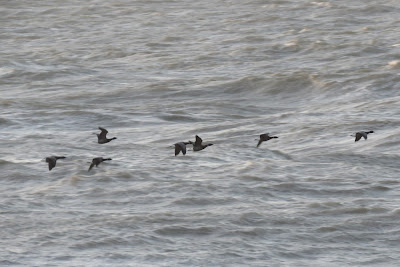 Ferry Pool: The birds seem to have largely abandoned the pool at the moment, with just a pair of Shoveler, four Shelducks and a dozen Teal present, though a few Wigeon, Teal and Shoveler were spread around the flooded parts of the field. (AH) 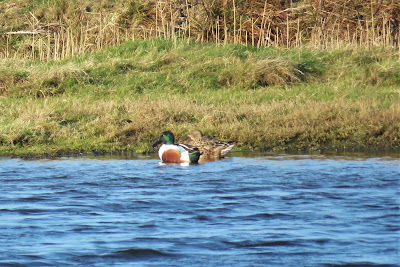 Medmerry: Surveying today produced no less than five Jack Snipe and 114 Snipe on the reserve and there were also two Ravens and 40 Fieldfares present. (HB)

North Wall: The Kestrel was present at the horse paddocks again this morning and the heavily flooded fields were attended by Wigeon, Shoveler, Black-tailed Godwit, Curlew, Redshank and many Lapwing. Brent Geese were spread around the harbour, a Cetti's Warbler called and 3 Snipe flew over. (IH)


Surveying the Brent Geese has been tricky to say the least today, with large groups moving around the flooded fields, from Bramber Farm, Marsh farm and the Honer fields, but the likely total is in excess of 2000 birds.


Geese apart, there were 28 Lapwings, 27 Curlew, 9 Black-tailed Godwits in Honer 2 and, much to my surprise 5 Pintail in Honer 1. Needless to say all the Honer fields are well flooded - but at least it was not raining! (JDW)

Church Norton: The female Goldeneye was in the harbour again at high tide, along with a few Brent Geese and a couple of Little Grebes, but there were few waders about beyond the regular Whimbrel, six Bar-tailed Godwits and a few Grey Plovers and Turnstones.
At least ten Snipe were on the floods by the horse field, along with lots of Teal, Wigeon and Mallard, plus a couple of Meadow Pipits, whilst the 20 or so Greenfinches were along the spit and similar of Common and Mediterranean Gulls were split between the harbour and offshore. (AH)
Later, a Water Pipit was reported on Tern Island. (per Birdguides) 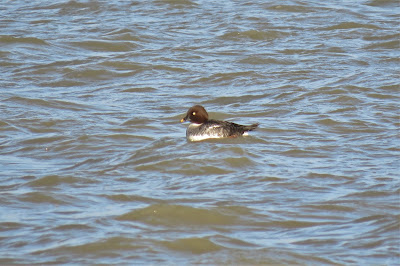 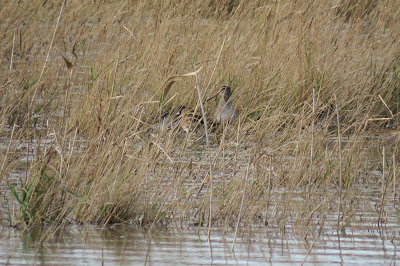 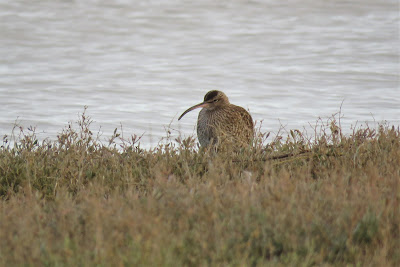 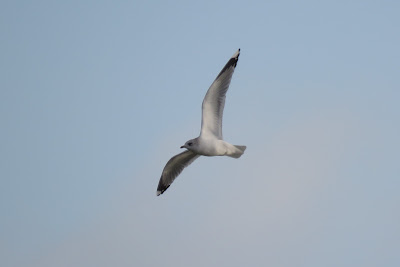 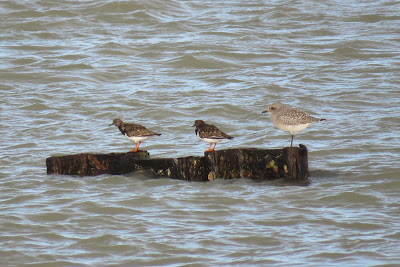