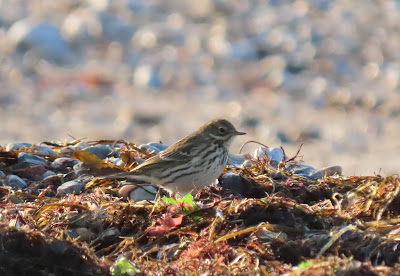 Meadow Pipit at the Bill (SR)
Church Norton: A Bar-tailed Godwit was on the beach this morning along with the regular commoner waders, three Stonechats were along the front and two Wheatears were at the spit, but apart from this it was quiet other than a scattering of Chifchaffs. (AW) 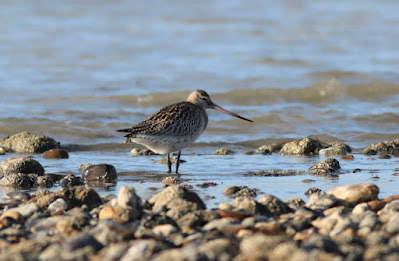 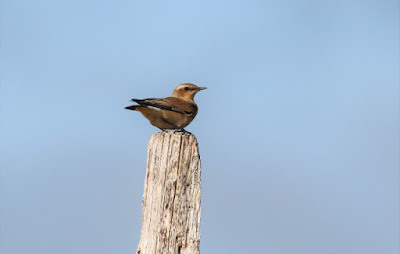 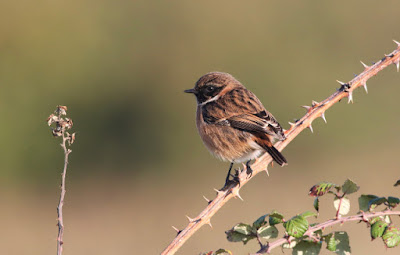 North Wall: It was much quieter along the Wall this morning, presumably because of the fairly strong breeze. Two Cetti's Warblers called, a Green Woodpecker made an appearance and an occasional Reed Bunting was visible.
The fields were almost empty of birdlife apart from a group of Meadow Pipits while Whites Creek contained some 300 Wigeon, about 30 Black-tailed Godwits, around 200 Lapwing, scattered Redshank, about 8 Dunlin and a few Pintail. (IH)
Ferry Pool/Discovery area: On the Ferry Pool were eight Shelduck, 11 Shoveler, c.50 Wigeon and c.30 Teal as well as a single Avocet in with 20 Lapwing and 50 Black-tailed Godwits.
In the Discovery Area, a Common Lizard (with an unusual tail) was basking on a rock pile during a sunny ten minutes. (SR) 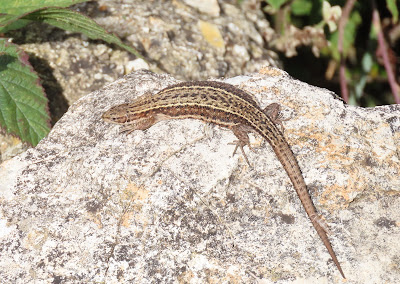 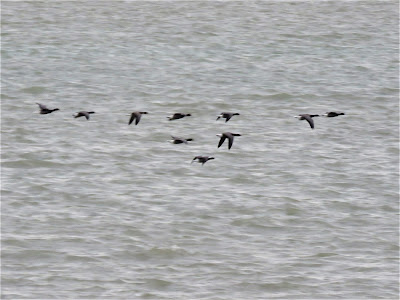 Brent Geese (above) & Linnets at the Bill (BI) 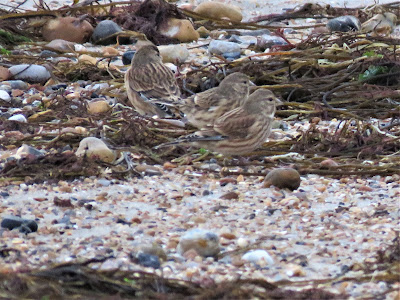 Church Norton: There was evidence of a small fall of Chiffchaffs this morning with plenty around the both the churchyard and the Severals. Stonechats were also numerous with at least 20 along the front and the beach, four Woodlarks came in off the sea and there were c.20 Siskins around the hedges with another eight moving through near the hide.
The harbour was largely quiet other than a few Brent Geese and Wigeon but a Greenshank was to be found feeding in the beachside creek. There were also two Spotted Flycatchers behind the hide.(BI/IP/AW/CRJ/NR et al) 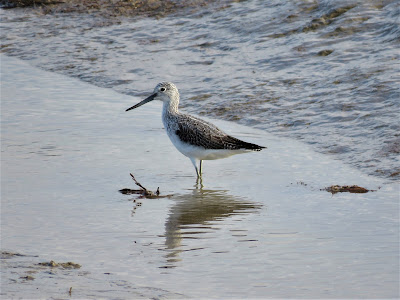 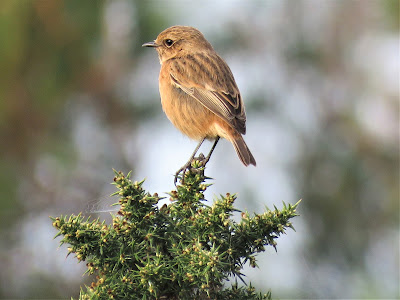 Pagham west side: There was a Common Sandpiper near the sluice this morning and a Kingfisher was nearby whilst c.200 Canada Geese flew over heading towards Medmerry. In the hedges were at least six Reed Buntings. (AW) 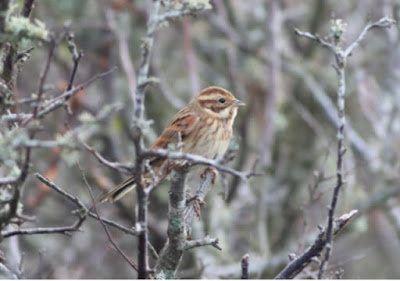 Reed Bunting, above, Common Sandpiper, & Kingfisher along the west side. (AW) 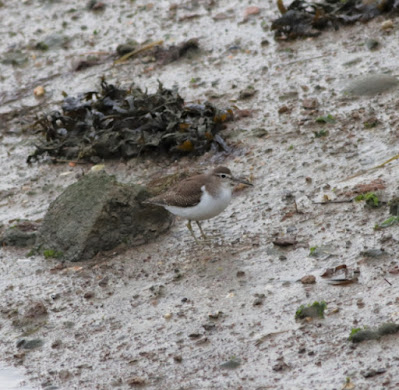 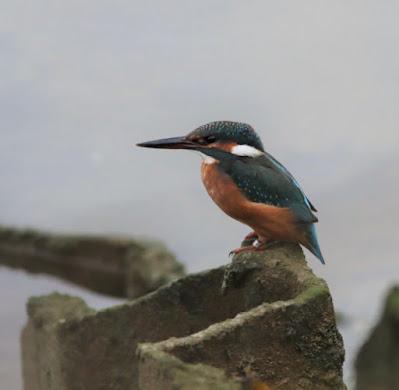 North Wall: A Curlew Sandpiper was amongst ten Dunlin in Whites Creek this morning which also held four Grey Plover, 12 Black-tailed Godwits and a hundred or so Wigeon. The recent rains have caused modest flooding in the fields which attracted eight Cattle Egrets, two Little Egrets, 50 Canada Geese, about 100 Starlings and around 200 Black-headed Gulls.
The hedgerows were alive with Blackcaps, Reed Buntings, Long-tailed Tits and a Green Woodpecker, at least until a Sparrowhawk flew through. (IH)
West Itchenor: c.40 Siskins and two Redpolls flew over Chalkdock Marsh this morning. (PH)
Ivy Lake: Little to note bird-wise but an obliging Migrant Hawker was at the lakes. (AM) 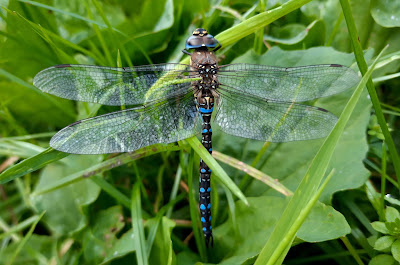 Migrant Hawker at Ivy Lake (AM

Sunday, 4th October: The gusty wind had swung round to the west this morning but unfortunately did not bring drier conditions with it with persistent rain setting in from mid-morning... 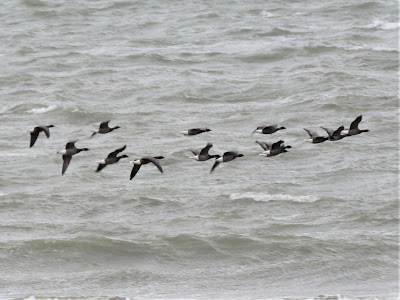 Brent Geese, above, Sanderlings & Meadow Pipit at the Bill (BI) 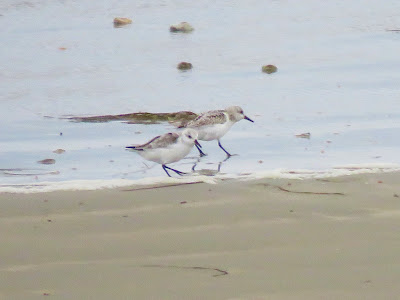 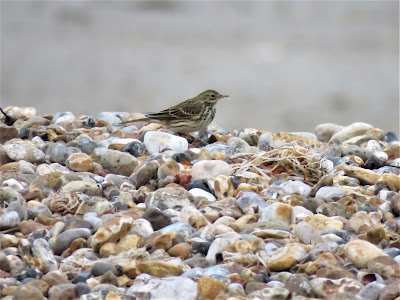 Park Farm:  A Ruff was with the Curlew flock & 133 Great Black-backed Gulls were present as were two Stonechats and two House Martins. (SaH/SH)
Ferry Pool: A Common Sandpiper was on the main pool along with 15 Black-tailed Godwits, 10 Teal, 8 Shelduck and c.30 Lapwing. (BI)
Church Norton: The sheltered hedges towards the west side held c.10 Chiffchaffs, a scattering of Blackcaps and a few Goldcrests whilst overhead there were c.100 Swallows and  c.50 House martins passing through. There was little in the harbour in the rather inclement conditions other than the usual Redshanks, Curlews and Grey Plovers however a few Wigeon and Brent Geese did drop in and there were also at 300 Brent Geese along Rectory Lane. (BI)
Later in the day a Yellow-browed Warbler was seen twice with a mixed flock of Tits, Goldcrests, Blackcaps and Chiffchaffs at the path between the Severals. There were also three Wheatears on the beach and a Red-throated Diver was found offshore whilst at the end of the spit, a Little Stint was  found roosting with the Ringed Plovers. (SaH/SH/AW) 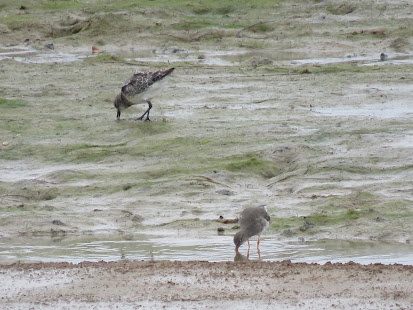 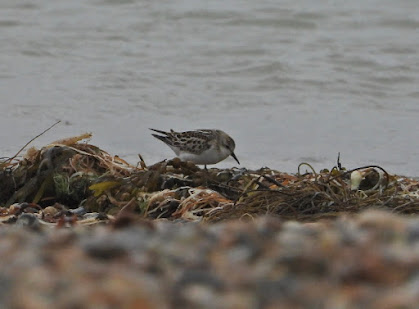 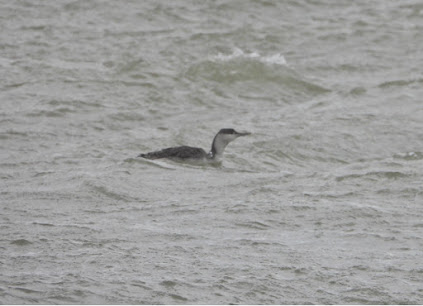