Wednesday, 15th May: The heavy rain and overnight gales led me to hopes of shearwaters or even petrels this morning; false hopes I'm afraid as the strong, chilly WSW wind failed to live up to its promise and it was very much more of the same today. The few 'highlights' were 5 Arctic Skuas E, the steady arrival of small flocks of Swifts, and a flock of four passerines heading in low which turned out to be Yellow Wagtails as they flew over our heads. There was no sign of the Serin by the time I left (1300hrs) though it would have been very difficult to hear it in the persistent wind. The full report of the morning's watch follows ...... 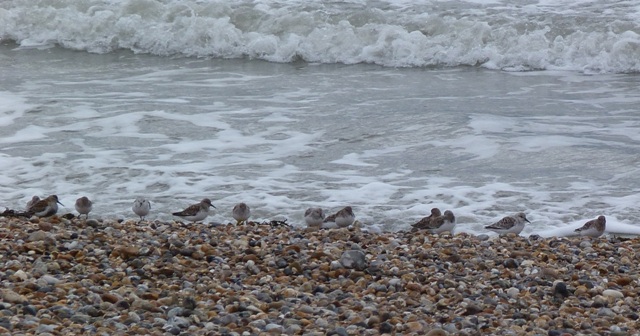 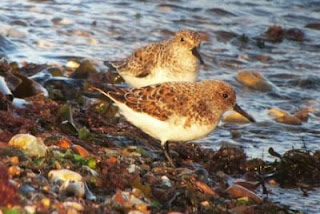 Tuesday, 14th May: Gloomy prospects this morning; the football didn't help last night when Brighton lost to Palace (ouch!) and the forecast was for heavy rain overnight and all morning. So having decided not to go to the Bill today, guess what, I woke to find bright sunshine and a SW wind! It's 0930 now, still dry but cloudy, and I await news with some trepidation..........  meanwhile, the following was supplied by Mike Galtry (Serin photographer) ... nice one, look closely! 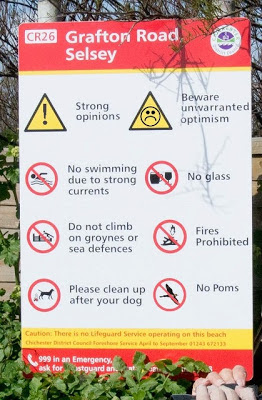 Monday, 13th May: Firstly, an update on the SERIN. The bird was still present today, but very elusive and flighty. I arrived at 0630hrs and there was no sign of it in Bill House garden, where it favours the vegetated edges of the gravel car park area (near the 'seawatch' bench). There was still no sign of it after a couple of hours, but at 0920hrs I heard a faint trill which I tried to convince myself of as being a distant Greenfinch but couldn't. I went to investigate and unwittingly flushed three birds from the ground - two Greenfinch and the Serin. It caught me by surprise and it flew off (with the Greenfinches) over the playing field east towards the houses (old Pontins site.) All I could say was - small finch, obvious yellow rump. cleft tail - don't ask me for a description on that - but realising what it was I told the others present and headed off to check the area, without success. Yes I know it sounds stringy but that's how it was. On returning to the bench we continued seawatching but keeping an eye out, then about half an hour later I and others were by the gate to the same car park when the Serin flew over  - giving a short burst of trilling which at least three of us heard - and a small bird was briefly seen disappearing westwards towards the bungalows beyond Bill House. That was the best it got for me - pretty unsatisfactory but it will have to do. I left at 1100hrs leaving several observers present and I didn't return until 1245hrs when no-one was there; however I note a report via RBA of another sighting in the interim, at 1140hrs in the garden. It had not re-appeared by the time I left at 1515hrs. We have put a small amount of seed down in the area, but if you go looking you will need patience and a bit of luck!
Other than that it was another quiet day; 4 Arctic Skuas, a Bonxie and very unusually for spring, a flock of 5 Jays heading NW over Bill House. 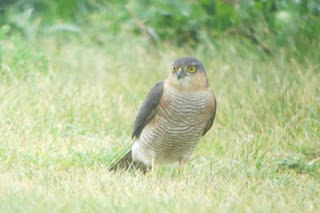 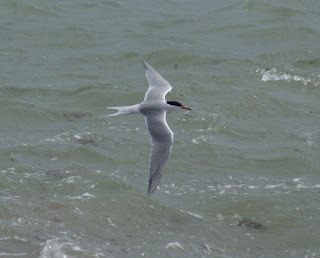 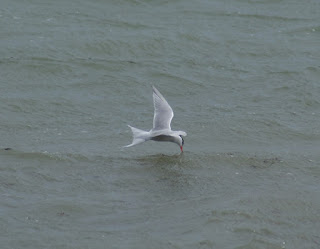