Friday, 31st May: The last day of the spring found me inland, but some coverage was achieved at the Bill this morning by a few of the stalwarts. So that's it, time to reflect on a generally cold and poor spring, work out the totals and declare the new Pom King, which will be reported in the near future. However, let none of us forget that the sea-watching is never really over and June can produce the odd good movement, an overshoot or a good seabird such as a Storm Petrel, so keep on looking...!

Thursday, 30th May: Late news received that there was some coverage yesterday morning at the Bill, but results were fairly mundane; c.100 Common Scoter and a couple of Arctic Skuas being about the best on offer. Today was worse, with rain and a NW wind, resulting in no skuas in the 3hrs I was there and little movement either. The only surprise was a drake Gadwall moving through, which dropped onto the sea for a short while before heading off strongly W. 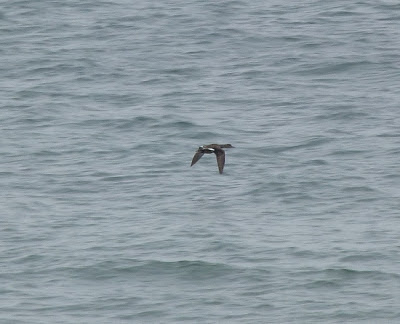 Wednesday, 29th May: I didn't visit the Bill today, so news from there awaited (assuming someone will actually put a shift in). A number of regulars all seemed to have the same idea this morning by visiting Pagham North wall and the Breech Pool - there seemed to be more birders than birds when I arrived! Waders in the area were few indeed, but a calling Cuckoo then did a fly-by, an unusual movement of 60Med Gulls passed through the harbour , and a Little Ringed Plover later appeared on the pool. One other non-avian highlight was a heavily-pregnant Roe Deer which apparently delivered two young this morning in the field behind the pool.

Selsey Bill and the Peninsula as it is not often seen. I stopped to take this shot from the west side of Bognor Regis this morning, whilst I was en route to Pagham. The low tide and very clear conditions made it possible to see just how prominent the Bill is and how far it actually extends from the main coastline. 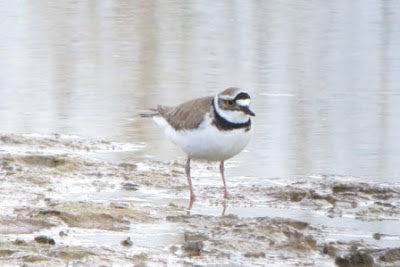 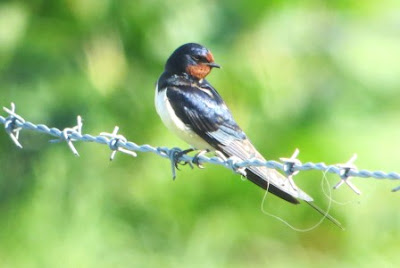 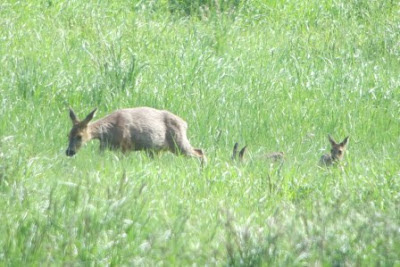 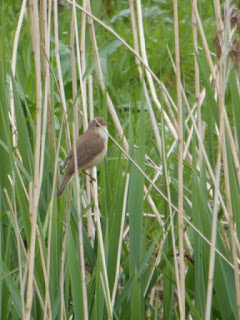