Also, a Pale-bellied Brent Goose appears to have sneaked by unobserved - see the last but one bird in the picture below.... 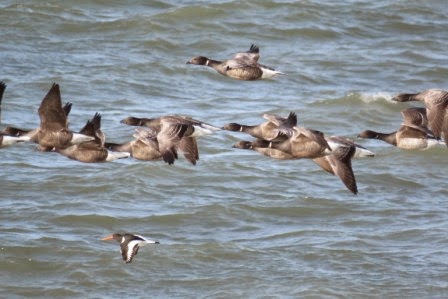 Selsey: Two Ravens flew west over the Park farm area, whilst the same observer logged a Blackcap and 2 Willow Warblers in his garden and 4 Mediterranean Gulls over (SH)

Long Pool/Ferry Channel: The Spotted Redshank was showing well again this morning in the channel with 30+ Common Redshank, and there were up to 50 Willow/Chiffs all the way along the pool, with the majority seemingly Willow Warblers. Also a handful of Swallows were overhead, the Sedge Warbler was singing again and there were one or two Blackcaps about, plus the regular Linnets and Reed Buntings. (AH) 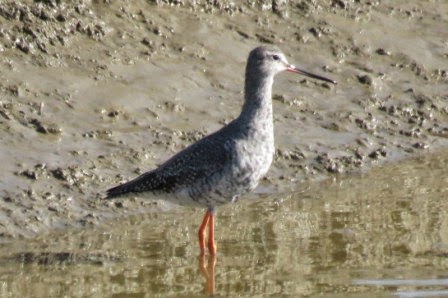 Spotted Redshank (above) & with Common Redshank in Ferry Channel (AH) 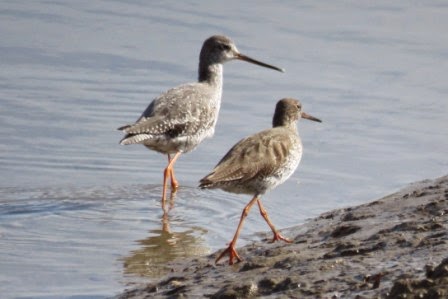 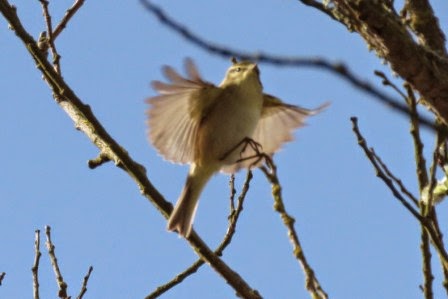 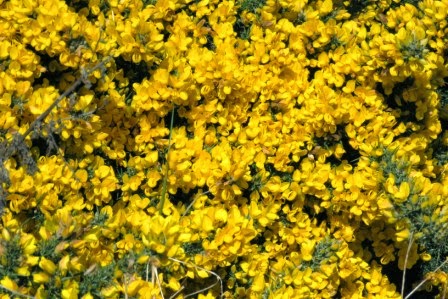 Ferry Pool: Still more Shoveler than anything else, though four Gadwall were still present. A pair of Mute Swans were upsetting the Lapwings on the fields, who bombarded them constantly until they gave up and went back on the water. (AH) 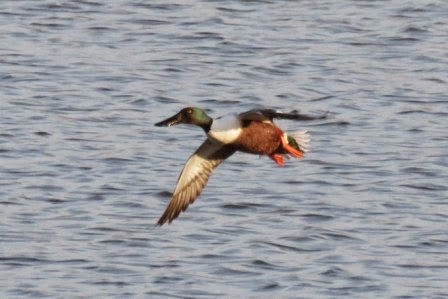 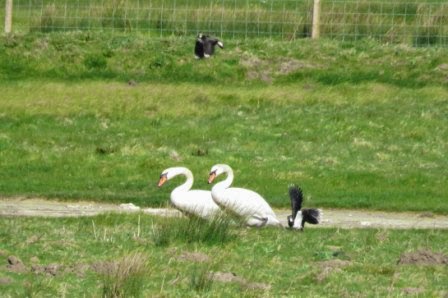 Church Norton: The first Whitethroat of the year was in the bushes beyond the hide this morning with a pair of Blackcaps. (PB/AGB)
Otherwise it was deja-vu early this morning, with a few Willow Warblers, Chiffchaffs and Blackcaps about, and in the harbour c200 Black-tailed Godwits and a single Whimbrel on the mud. (AH)
This afternoon 3 Sparrowhawks, a Blackcap, 20 Willow/Chiffs and 8 Swallows were present, with just singles of Gannet and Sandwich tern offshore (S&SaH).

Saturday, 11th April: A notable change in the weather to cooler, cloudy and fresher conditions, with cloud, showers and a brisk W/SW wind.... 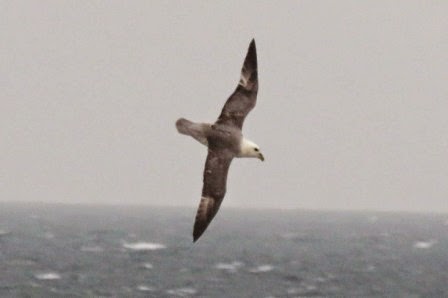 Fulmar (above) & Red-breasted Merganser at the Bill (AH) 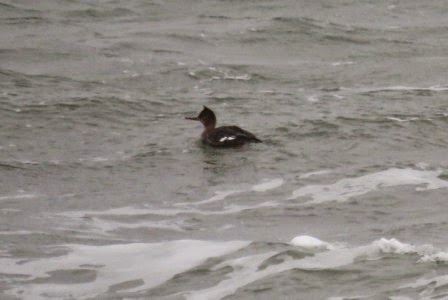 Church Norton: A Spoonbill was reported  as present in the harbour before the tide dropped, but other than a few Blackcaps, Willow Warblers and Chiffchaffs in the sheltered bushes, two Mediterranean Gulls over high and around 300 Black-tailed Godwits in the harbour, it was fairly quiet. (AH)
There were two Swallows at Park Farm this morning, a pair of Blackcaps at the first Severals and a few Chiffchaffs, with a single Willow Warbler in the Bluebell wood, and there were three Grey Partridge in the field behind . Offshore there were two Gannets, one Sandwich Tern and two Mediterranean Gulls. (S&SaH) 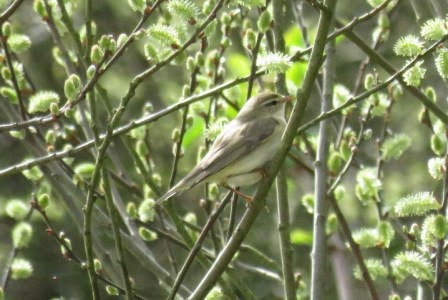 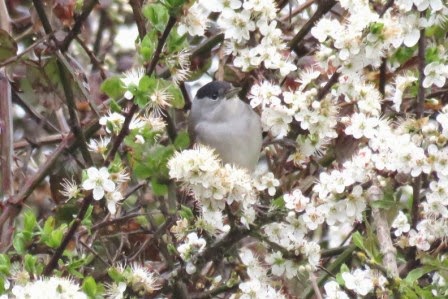 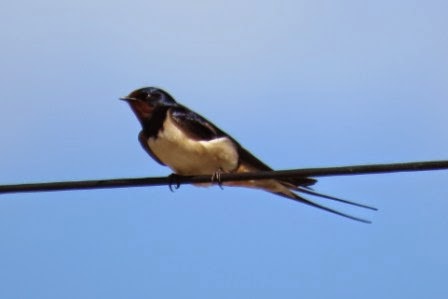 Long Pool/Ferry Pool: The Spotted Redshank was along Ferry Channel with c40 Redshank - it is just starting to acquire a bit of summer plumage. Three or four Yellowhammers were flying about, a Sedge Warbler briefly sung from somewhere in the reeds, and there were 20+ Willow/Chiffs, of which the greater part appeared to be Willow Warblers, along the Long Pool. A few Linnets and Reed Buntings were also present, and a Swallow flew over the Discovery area.
Not much on the Ferry beyond the 50+ Shoveler, though there were four Wigeon, six Gadwall and a dozen Teal also present, plus the Black-tailed Godwit flock, relocated from the harbour. (AH) 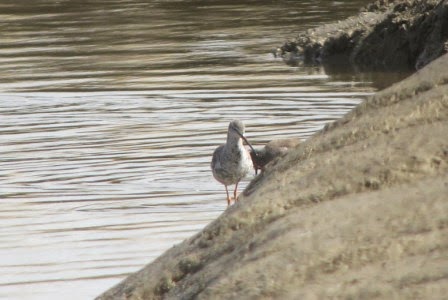 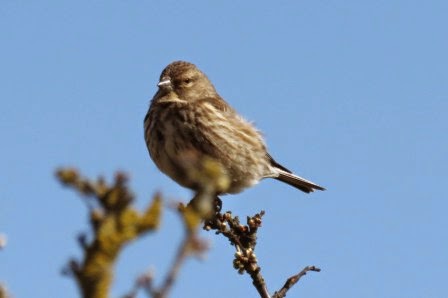 North Wall: Wet and windy this morning, and apart from two Curlew and a Little Egret White's Creek was devoid of bird life. The now overflowing Breech Pool held a few Teal, two Tufted Ducks and six Gadwall. The first swallow was back at the Welbourne stables, but the only other migrant  was a single Wheatear along the Wall. The Little Egret choir was in good voice at Owl Copse. (JDW) 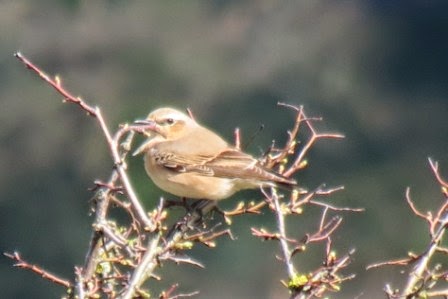 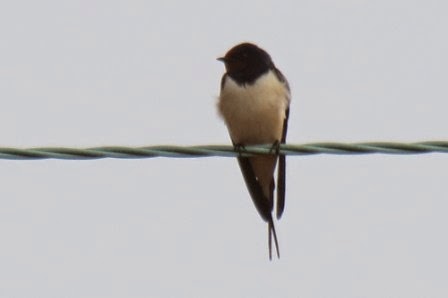 Medmerry: Porthole Farm - This evening there were six Stock Doves about the buildings, four Yellowhammers in the hedges and 30+ Swallows over and 30+ Reed Buntings, 50+ Pied Wagtails and a single Grey Wagtail on the settling tanks. Also a Brown Hare was in the arable fields. (AH) 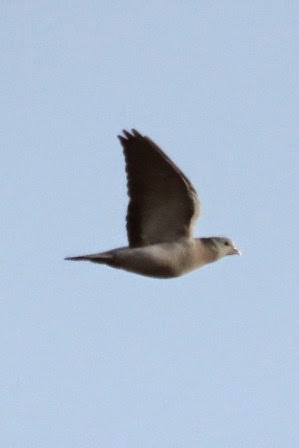 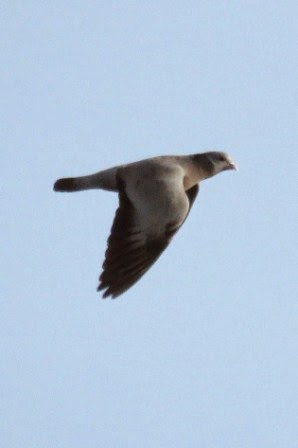 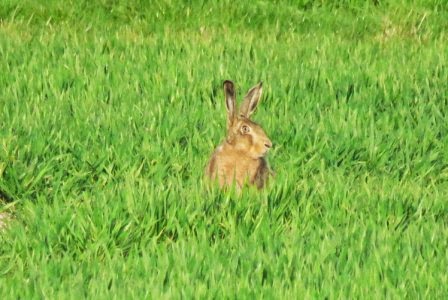 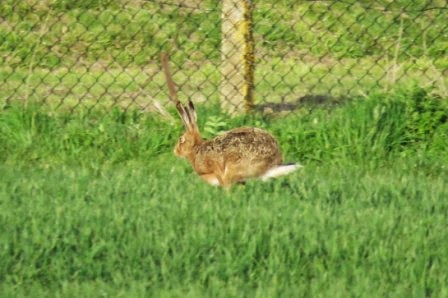 Friday, 10th April: At last the sea stole the show with some Skuas (Arctic) past the Bill, as a hazy morning with an easterly wind produced a bit of passage....meanwhile an early check at Sidlesham Quay failed to locate yesterday's Ring Ouzel and passerine migrants were at a premium...until a fall of Willow Warblers was discovered near the Pagham Hbr Visitor centre. 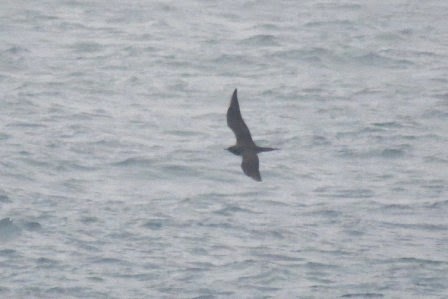 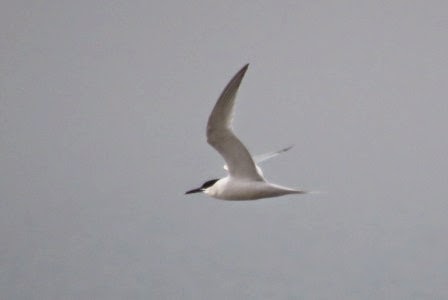 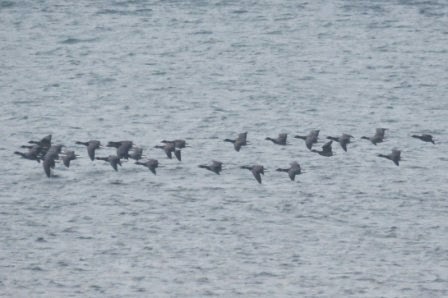 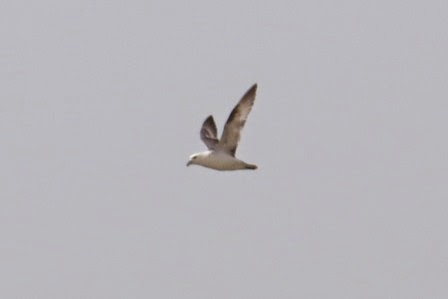 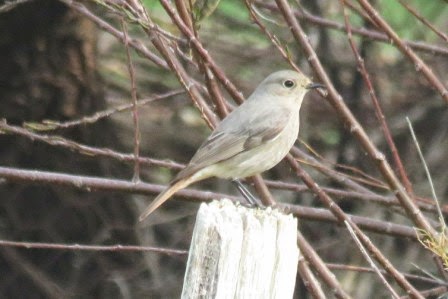 
Medmerry: Easton Lane west - At the (only!) Tamarisk bush halfway along the beach from the Stilt Pool to the Breach there were 2 Chiffchaffs, a male Blackcap and a Firecrest feeding well. There was a Green Sandpiper close to Marsh Barn, a Cetti's Warbler was seen and heard, plus Willow Warblers and Chiffchaffs, Sand Martins, Swallow and a scattering of Wheatears. (PLS)


Ferry Pool/area: Just the usual suspects early this morning - with the Shoveler flock being the most conspicuous. (AH/OM) Later, at least 50 Willow Warblers around the Visitor Centre and West Side, with good numbers of Blackcap and Chiffchaff with them and a Sedge Warbler at Long Pool. 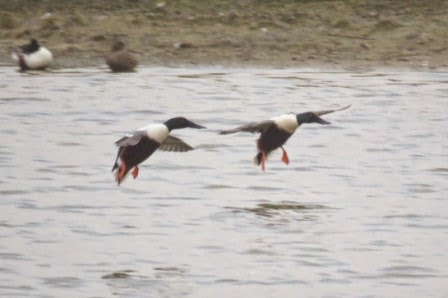 
Church Norton: Not much doing this morning - just a couple of Blackcaps and Chiffchaffs about, plus at least 50 Grey Plover and 30 Curlew in the harbour. This evening a Sandwich Tern and two Whimbrel were in the harbour, along with c200 Black-tailed Godwits. (AH) 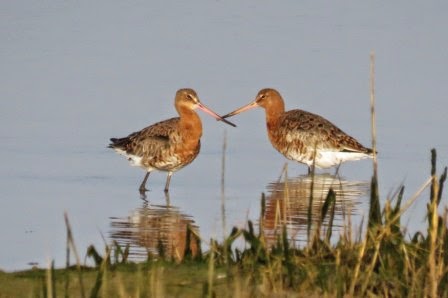 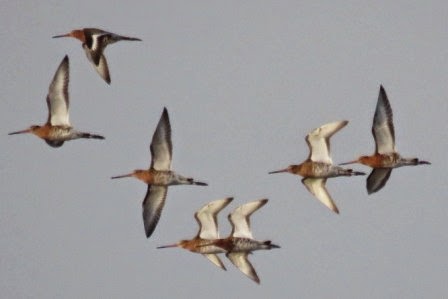 North Wall/Halsey's farm: A Sedge Warbler along the Wall, and also a Redstart reported from Halsey’s Farm (per IL).