Friday, 29th May: Cloudy with rain forecast for late morning to early afternoon, and a strong, mainly westerly wind yet again....


Ferry Pool: A Black-winged Stilt was on the pool at 9am. It appeared to be a different one to the one present a few weeks ago - browner on the back and around the head and neck. Could it be one of last year's chicks or have the male and female missed each other?
Other birds present included c100 Black-tailed Godwits, nine Avocets, three Gadwall, six Shelduck chicks and two Redshank. (AH) 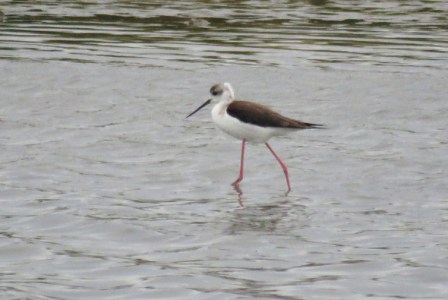 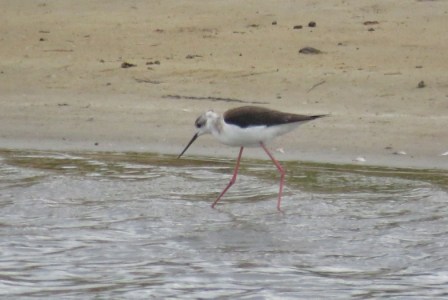 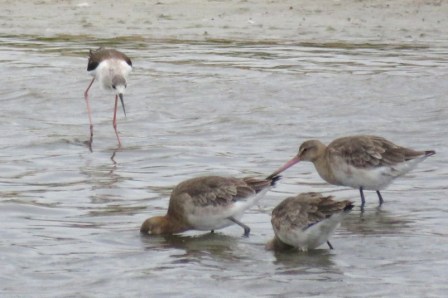 Church Norton: A couple of very late Spotted Flycatchers along the path to the harbour were the unexpected highlight, not that there was much competition! Otherwise, just the regular two Cuckoos, one of which went back over the harbour, a singing Blackcap and a couple of Curlews were about the sum. (AH) Later on the two Spotted Flycatchers were still present, plus another in the churchyard, and two Little Terns were fishing in the harbour. (BI) 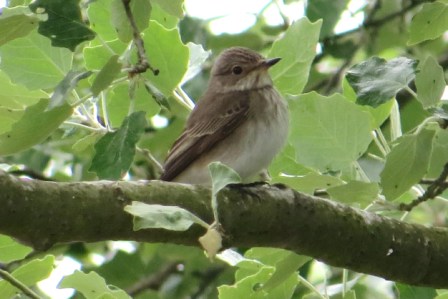 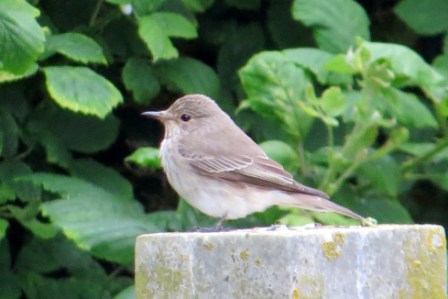 This evening at least one Spotted Flycatcher was still present, and in the harbour there was a Grey Plover, at least 40 Ringed Plovers and 30 Dunlin. (AH) 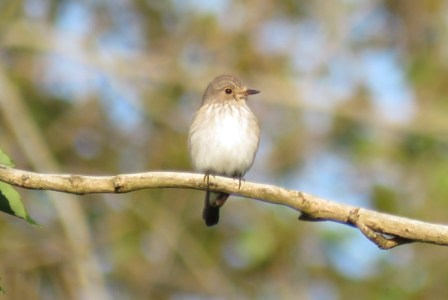 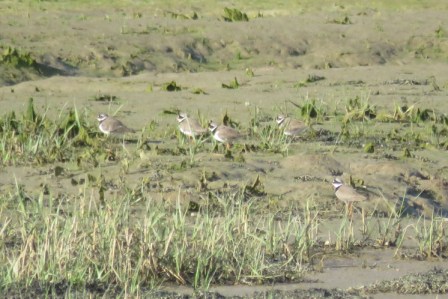 Chichester GPs: Westhampnett Pit - At lunchtime today there were at least 500 House Martins and 200 Swallows over the pit in the bad weather. (AH) 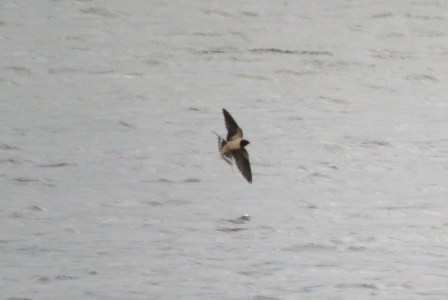 Ivy Lake - An adult Little Gull was reported on Birdguides this afternoon, but wasn't showing at 6pm. There were a couple of Common Terns, though and at least 400 Swifts over the water, plus at least 100 each of House Martin and Swallow. (AH) 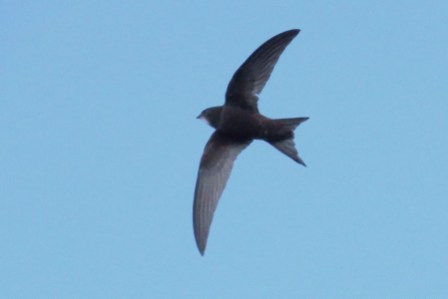 Thursday, 28th May: Mainly sunny with some cloud, but with a fresh and fairly cool W/NW wind still dominating.... it's past a joke now and surely time for a warmer southerly airflow sometime, but it doesn't yet seem to be on the horizon.....
Meanwhile, the slow-going on our patch and the prospects of a tasty rarity just over the border in Hants (Greater Yellowlegs at Titchfield) proved too much of a lure for some Peninsula regulars, who obviously all had the same idea today! 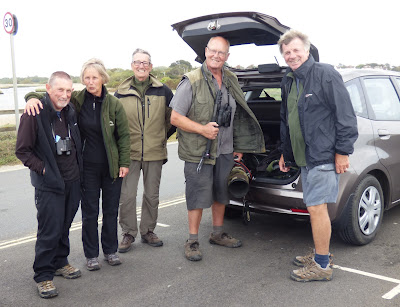 Selsey goes to Titchfield! L-to-r are Chris Janman, Mich & Colin Eames, Dorian Mason and Bernie Forbes, all smiles after connecting with the target bird (OM).
Selsey Bill: Nothing really moving between 7.20 and 8.20am, but there were c30 Common Terns, c10 Sandwich Terns and a Little Tern going west and four Gannets east, plus up to ten House Martins over the beach. (AH/SR) 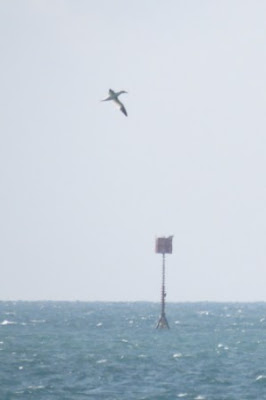 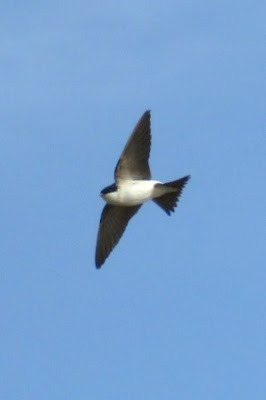 Gannet over the Mile Basket & House Martin at the Bill (AH)

Ferry Pool: There were two Little Ringed Plovers, five Avocets and 55 Black-tailed Godwits on the pool this morning. (AH) 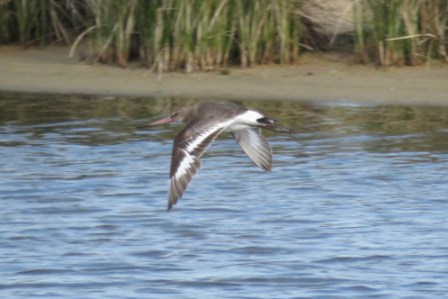 Black-tailed Godwit on the Ferry (AH)

Church Norton: There were two Cuckoos again this morning, one of which headed (back?) over the harbour towards Pagham Spit. Otherwise it was slow-going, with a few Reed Buntings, Linnets, Whitethroats and Reed and Sedge Warblers along the Severals, a Little Tern and a few Common Terns about the harbour, and just 10 Ringed Plovers and two Curlews on the mud. (AH/PC) 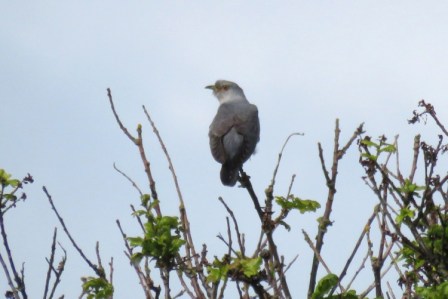 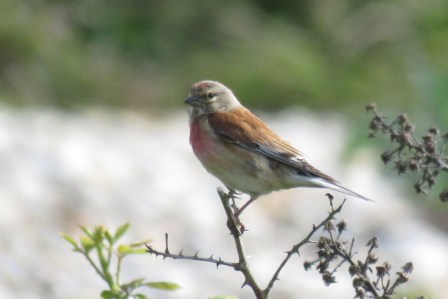 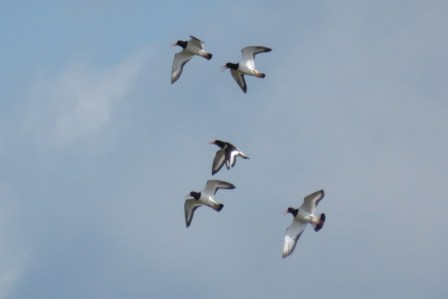 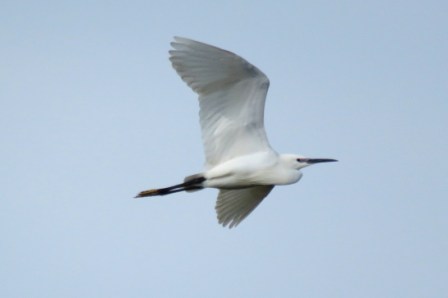