Sunday, 31st May: Grey and cloudy with rain at times and a strong W/SW wind gusting to gale force; more like late November than early summer!
There were no reported sightings from the Ferry by mid-morning of yesterday's Red-necked Phalarope, although the Black-winged Stilt remains.....whilst at the Bill nothing unusual was reported.... although a Selsey fisherman reported several Storm Petrels and a Black Tern well offshore recently at an unspecified distance (per SOS), so it could happen.....

Kittiwake - 5W
Swallow - 3W
Also of interest: Grey Seal - 1os, and 2 Hedgehogs reported from the one observer's Selsey garden were the first seen in the area for several years. Later another observer reported one from an East beach garden. 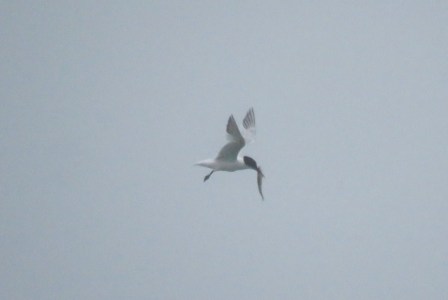 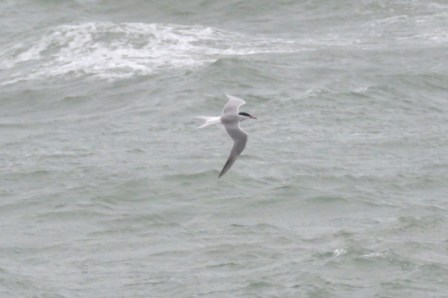 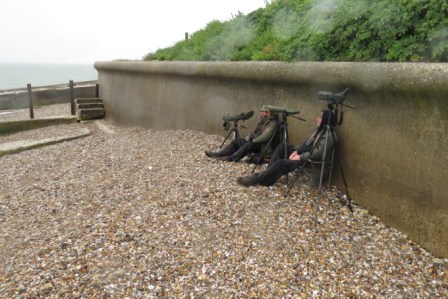 
Ferry Pool: No sign of the Red-necked Phalarope by 1400, although the Black-winged Stilt was still present. There were a Little Ringed Plover, four Ringed Plovers, c25 Dunlin and Black-tailed Godwits, five Avocets, and a Redshank on the pool, and a flock of ten Sanderling flew through west and settled briefly, but didn't stay long. (AH/SR/IL/DM/DIS) 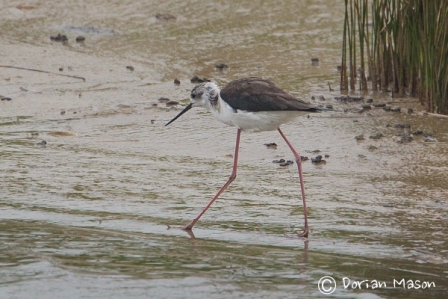 Black-winged Stilt (above) & Avocet on the Ferry (DM) 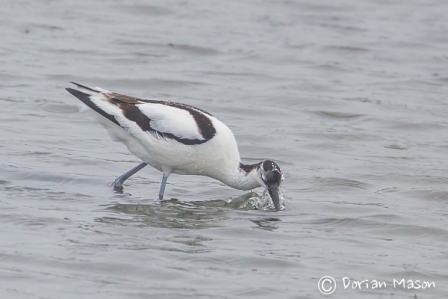 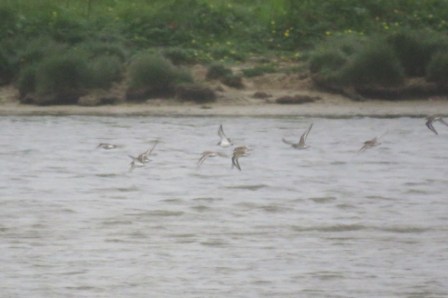 Sanderlings (above) & Shelduck-lings on the march at the Ferry (AH) 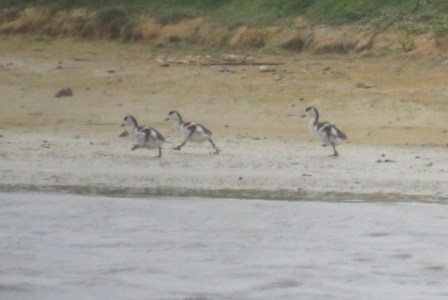 Long Pool: This afternoon there was a rather sodden-looking family of young Long-tailed Tits, a dozen each of Swallows, Swifts and House Martins, 4 Reed Buntings, a Great Crested Grebe, a Little Grebe, 2 Tufted Ducks, a Gadwall, 3 Mallard families, 2 Linnets, 3 Whitethroats and numerous Reed and Sedge Warblers that continued to sing when the rain came. (SR)

Church Norton: A Spotted Flycatcher was in the churchyard and the Cuckoo was still around the Priory this morning, though the harbour was pretty bare - just a couple of Sandwich Terns, a dozen Ringed Plovers and Dunlin and a couple of Curlews on show. (AH/DM/DIS) 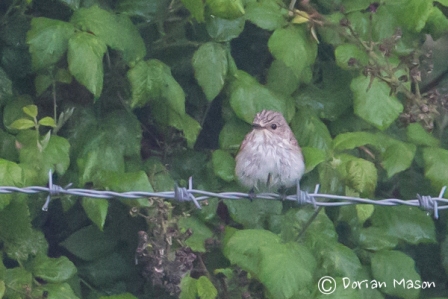 This afternoon there were three Spotted Flycatchers around the Mound, plus a singing Blackcap and the regular Cuckoo, but not much in the harbour, though the Mute Swans on the second Several have about half a dozen cygnets. (AH) 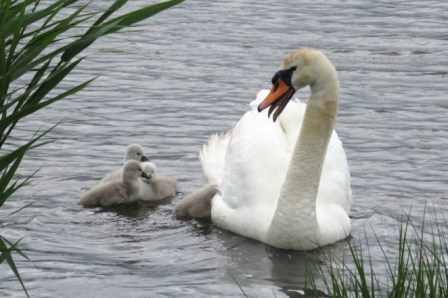 Chichester GPs: Ivy Lake - Large numbers of Swifts, Swallows and House Martins were over the lake this morning, and a big flock - of maybe 30 - Long-tailed Tits were moving noisily through the trees. (AH) 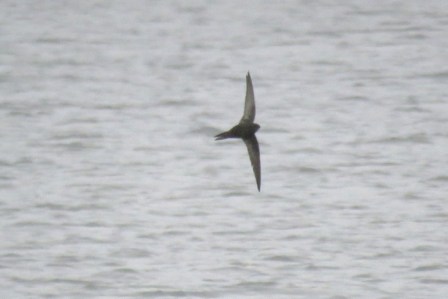 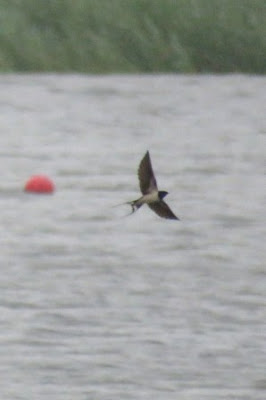 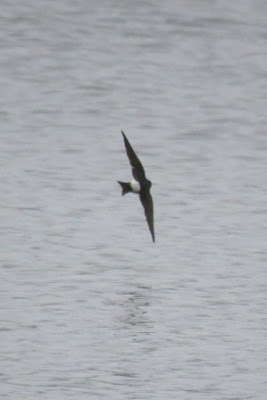 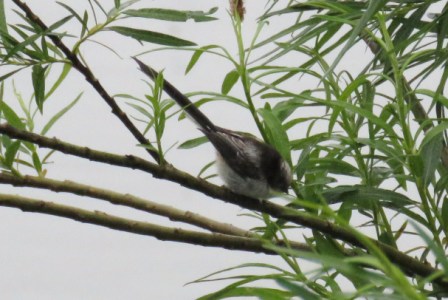 Saturday, 30th May: Bright and breezy this morning, with the star birds being a Red-necked Phalarope and the Black-winged Stilt on the Ferry Pool ...

Ferry Pool: A summer-plumaged (and probably female) Red-necked Phalarope was found on the pool early this morning by East Sussex birder John King and was still present and drawing a crowd at lunchtime alongside the Black-winged Stilt.
Other birds present included eight Avocets, a Little Ringed Plover, c40 Black-tailed Godwits and three Redshank. (AH et al)
Both the Red-necked Phalarope and the Black-winged Stilt were still present into the evening. (PC/IP) 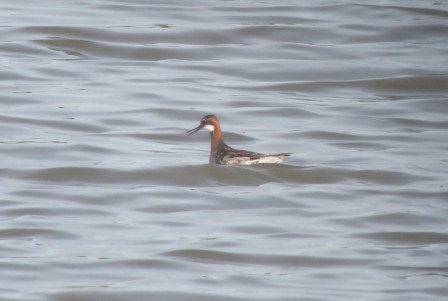 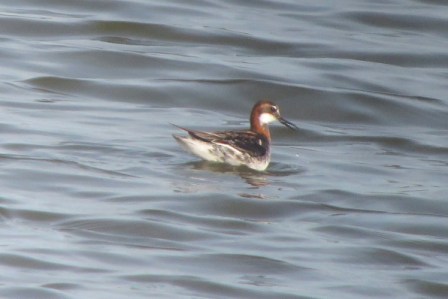 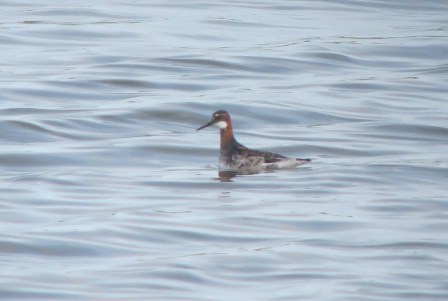 Red-necked Phalarope (above) & Black-winged Stilt on the Ferry (AH) 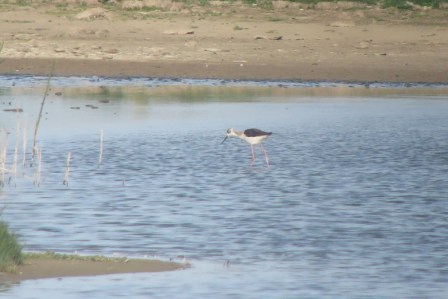 Long Pool: A couple of Lesser Whitethroats singing, as were a good selection of the commoner warblers, including Chiffchaff, Blackcap, Reed and Sedge Warblers, plus a Cuckoo from the Tramway and several Linnets and Reed Buntings, plus a clutch of newly fledged Long-tailed Tits. (AH) 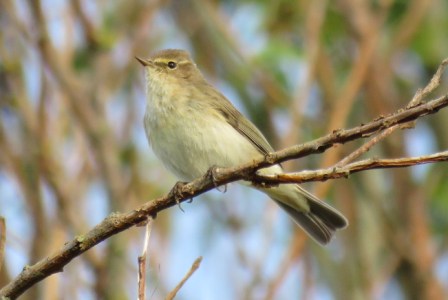 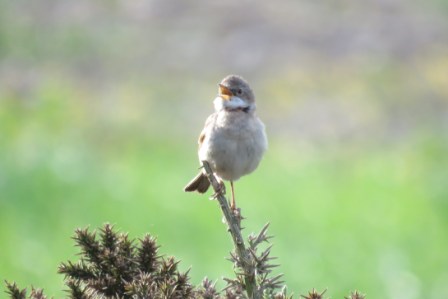 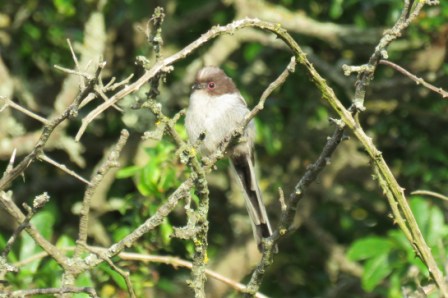 Also,  around 7am what looked like a large raptor appeared over the horizon (possibly an Osprey), but almost straight away several gulls started mobbing it forcing it down, where it was lost from view not to be refound.


North Wall: The Breech is now a Pool again - yesterday the Environment Agency came and adjusted the sluices and today we have a good covering of water and muddy margins, clearly appreciated by 11 Tufted Ducks and a Little Ringed Plover. Linnets were feeding young along the Wall and there were 8 Ringed Plovers on the mud in front of Owl Copse. There were 47 Mute Swans loafing around the sluice gates, 2 Roe Deer were well out in the harbour and were last seen swimming towards Pagham Spit, Stock Doves were calling at Bremere Bridge and there were 4 Buzzards above Halsey's Farm. (JDW) 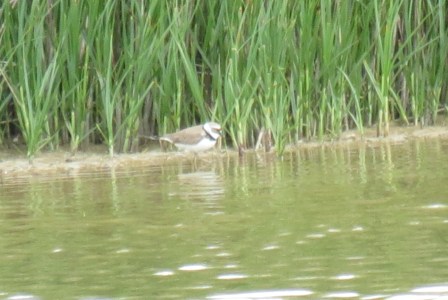 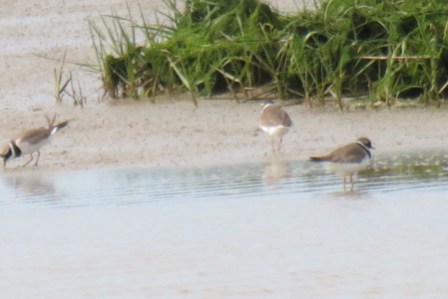 Church Norton: There were 13 Sanderling on the beach this morning. (S&SaH) Also a Knot was in the harbour. (IL)
Late this afternoon there was still a Spotted Flycatcher in the sheep field, a Cuckoo calling nearby and another calling behind the Severals, a few Sandwich Terns offshore and in the harbour there were seven Sanderling with c25 Dunlin and c40 Ringed Plovers. (AH) 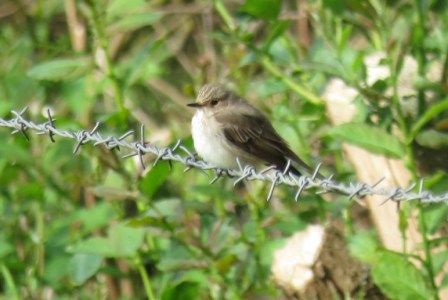 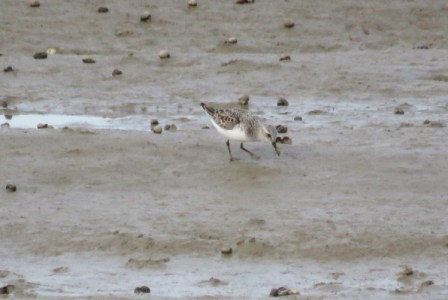