Saturday, 9th May: Another very windy morning, with a strong blustery westerly bringing heavy squalls with it, but improving slightly, later on.... There were two more Pomarine Skuas this morning, despite the conditions....

Ferry Pool: The flock of c65 Black-tailed Godwits were present, plus a couple of Redshank and Avocets. (AH)


Church Norton: Birdless in the harbour, bar half a dozen Whimbrel and a few Oystercatchers and Shelduck. One or two Lesser Whitethroats, Whitethroats, Blackcaps and Chiffchaffs singing intermittently from the bushes, but otherwise quiet. (AH) 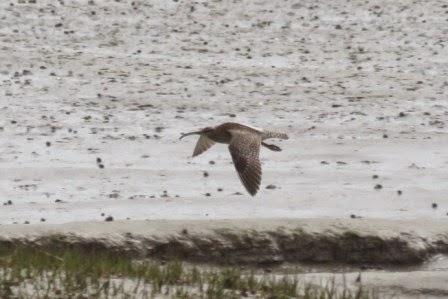 Chichester GPs: Ivy Lake - The first-summer Little Gull was still at the back and there c50 Common Terns present, plus at least 100 each of Swift, Swallow, House and Sand Martin. Also a pair of Greylags and several singing Blackcaps and Chiffchaffs present, and there was a huge - at least 25 birds - flock of Long-tailed Tits noisily moving about. (AH) 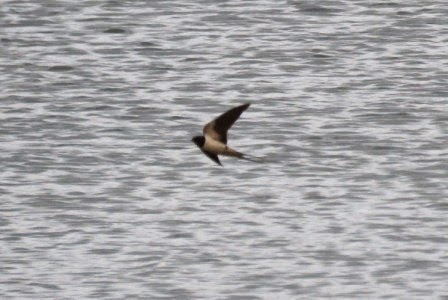 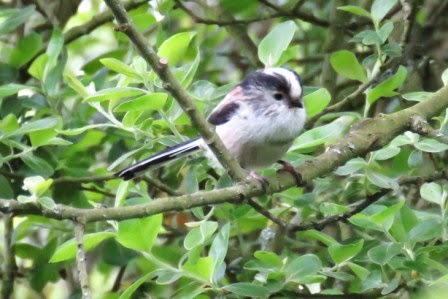 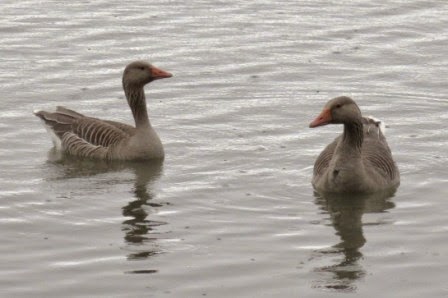 Medmerry: Porthole Farm - Probably 200 Swifts and similar of Swallow and House Martin over the sewage works this evening, and there were five Reed Buntings and a couple of Whitethroats in the hedges and 17 Stock Doves went over west.
Also the two Grey Partridges and a Yellowhammer were around Oakhurst Farm on Ham Lane. (AH) 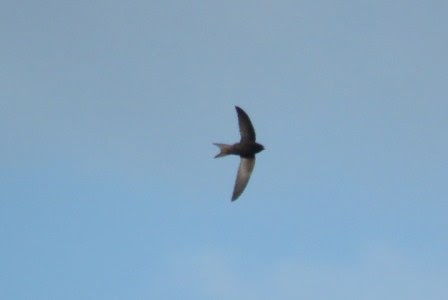 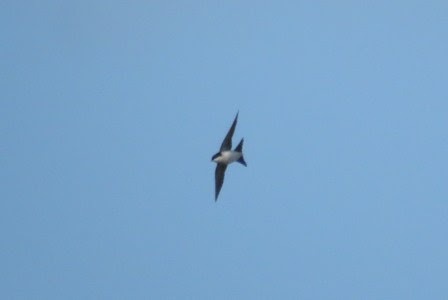 Friday, 8th May: A generally greyer and cooler day than forecast, with a bit of drizzle in the afternoon. And as for Pomarine Skuas - just the one seen at the Bill, plus three more Roseate Terns.....

Medmerry: Breach - A Wheatear on the rocks this morning was the only migrant. On the pools were half a dozen Knot and a dozen or so Grey Plovers and Dunlin, plus a pair of Little Terns. (AH/IP/AB/AGB)


Stilt Pool area - There were three Little Ringed Plovers and c20 Avocets on the pool, a single Spoonbill on the reserve and a Corn Bunting and plenty of Skylarks along the fences. (AH/IP/AB/AGB) 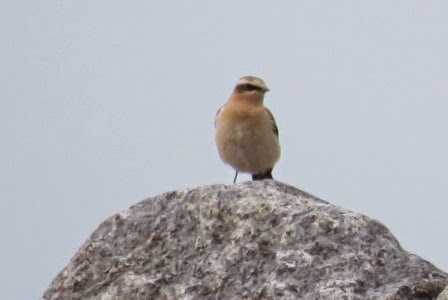 Chichester GPs: Ivy Lake -  The first-summer Little Gull was present with c30 Common Terns today. Also a pair of Bullfinches and a pair of Black Swans were present. (AH/IP/AB/AGB) 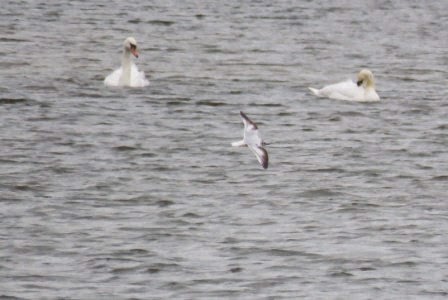 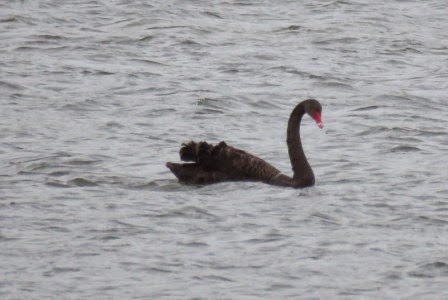 Ferry Pool: A Common Sandpiper on the pool this morning, plus three Avocets and six Gadwall, and c65 Black-tailed Godwits dropped in. Across the road, single Greenshank, Whimbrel and Curlew were in Ferry Channel. (AH/IP/AB/AGB) 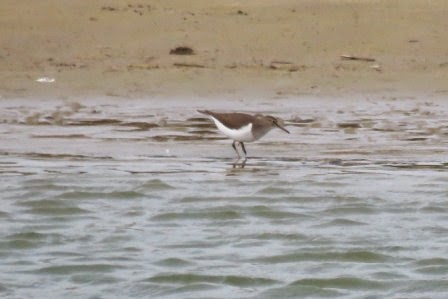 Common Sandpiper (above) & Black-tailed Godwits on the Ferry (AH) 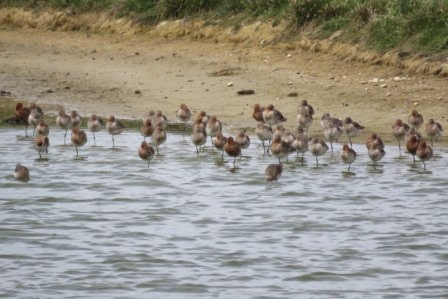 Church Norton: A few Whimbrel were in the harbour, but otherwise quiet, though a Grey Partridge was with several Red-legged Partridges along Rectory Lane. 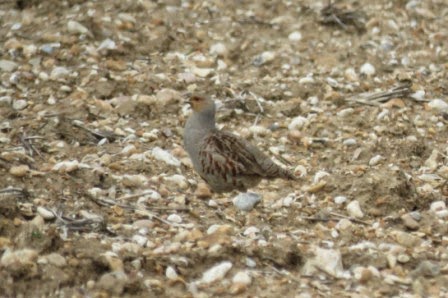 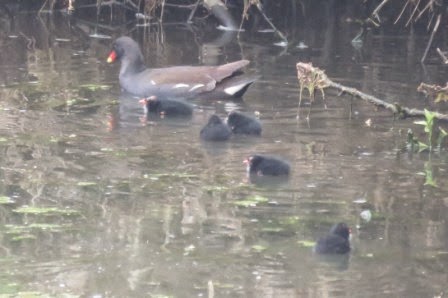 North Wall: A Cuckoo flew along the wall this afternoon. (MP)

Fishbourne Creek: A quick look late in the day produced 17 Brent Geese and a Wigeon, plus 105 Mute Swans and a few Whimbrel but few other waders, whilst there was a pair of Bullfinches in the churchyard. (AH/IP/AB/AGB)

Thursday, 7th May: Hello to all from sunny Lesvos.......... well it's currently 30 degrees C and seven Selsey regulars are having an easy day today before going for a cold beer and a splash in the pool. Well we thought we'd wind that into you as we've been following the blog and monitoring the poor weather on the Peninsula at present. Perhaps we will be in with a chance of the Pom crown after all, when we return at the weekend! Anyway, good luck to all to all and keep up the good work, from Owen, Bernie, John F, Mervyn, Dorian, Jim and Mike.

Luckily we can get one back on them today - a Red-rumped Swallow flew in at the Bill this morning at 7.20, to the delight of the four observers present (AH/IP/CRJ &TR), and with the prospect of some more seasonal, Pom-bearing weather tomorrow.
There will be no news till late tomorrow because I have volunteered to do the Bird Race  and will be hurtling around the county all day and away from the computer. (AH) 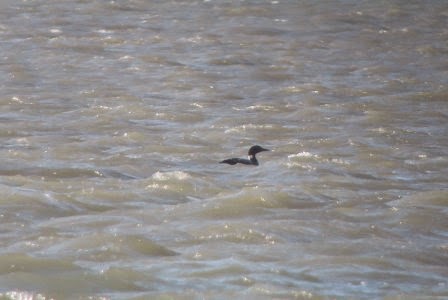 Ferry Pool/Long Pool: A first-summer Little Gull (looking suspiciously like the one recently on Ivy Lake) was briefly present this morning, though not much else to report - just three Avocets, six Gadwall and c50 Black-tailed Godwits dropped in.
A Spoonbill was at the far end of Ferry Channel and there were plenty of warblers, plus a few Reed Buntings singing along the hedges/reedbeds. Also, two or three Holly Blues were on the wing. (AH/IP)
A Spotted Flycatcher was by the Visitor Centre early on. (TR) 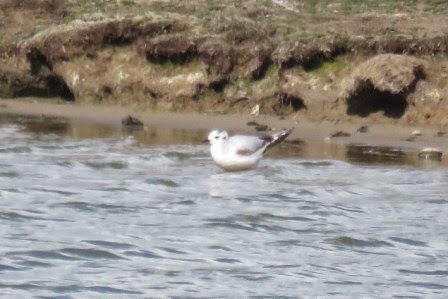 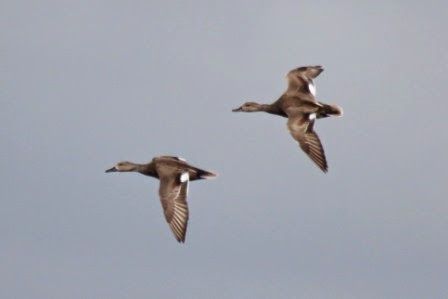 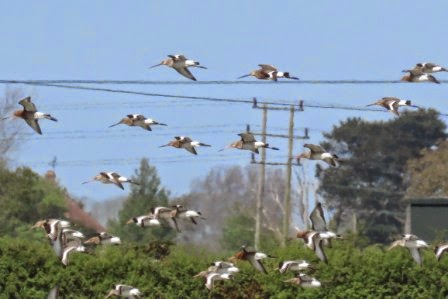 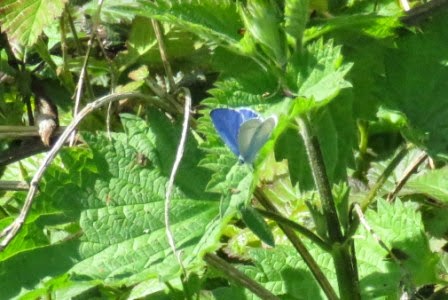 Church Norton: Still a few Whimbrel in the harbour and c100 Dunlin present, but not much else of note. (AH/IP)

Medmerry: Porthole Farm - A Spotted Flycatcher was around the perimeter of the sewage works, but there were only a few hirundines present, outnumbered by the 50+ Swifts. (AH/IP) 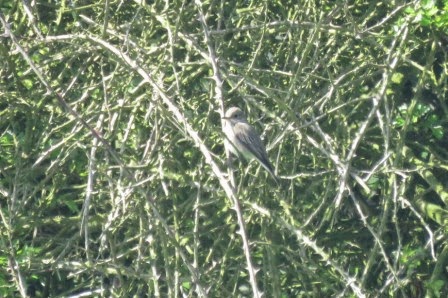