Monday, 15th April: The Archives have now been updated to include Vol 5 and I'm working on Vol 6, the final album. 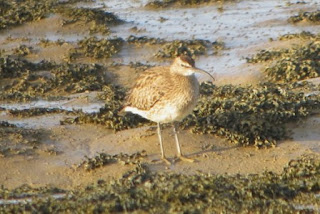 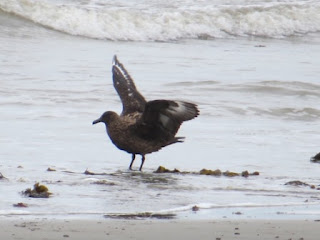 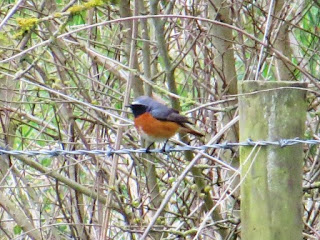 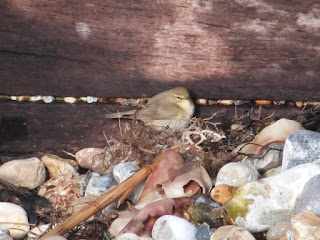 This exhausted newly-arrived Willow/Chiff was photo'd as it sought cover from the wind, up against a beach groyne (photo: Sarah Russell).
Not too certain from the pic. Had another long look... can't help feeling the wings look longish, so despite the dull (wet?) plumage, probably Willow? Tricky sometimes.

Gannet - 16 W
Common Tern - 1 os
Sandwich Tern - 15 os
Med Gull - 2 ob
Rook - 1W
______________________________________________________________________________
Thursday, 11th April: Heavy rain overnight. Early morning rain/drizzle, gradually becoming drier, but remaining rather murky offshore. Some brightness and clearer horizons mid-morning and milder than of late. Wind WSW 3-4. Sea passage was again slow, the highlight being a Garganey passing some way out, its pale grey forewing, dark breast and contrasting pale belly eventually clinching it. The other feature of the morning was small passerines arriving N from the misty sea - with the first notable arrival of Willow Warblers. Some were readily identifiable but others less so, appearing darker due their soaking wet plumage, but the gardens held at least 15 Willows and 5 Chiffchaffs.
﻿ 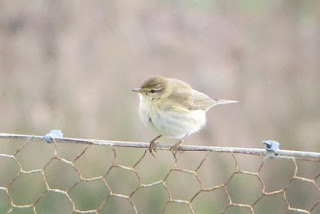 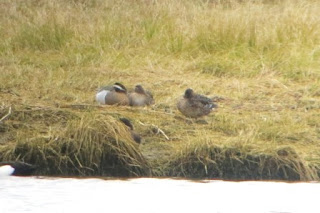 Pagham Hbr: There were various reports today. At the North wall/Breech Pool a party of 3 Garganey was present (JW) although later when AH went to photograph them he found them to be rather unobliging (which is his excuse for this photo....!)
Also Stonechat, Peregrine, 40 Brent & 80 Black-tailed Godwits there. A later report of 2 Spoonbills flying over but no further details. 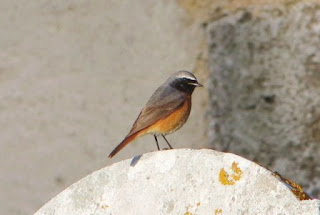