Thursday, 22nd May: Cloudy with a forecast of sunshine and showers; wind SW3-4. Another quiet day, with the season moving on from migration to breeding.....
Selsey Bill: A short look from 7.45-8.15hrs produced just 2 Gannets, 2 Common Terns and a Sandwich Tern west. (AH)
Church Norton: Not much activity today, but there was a little group of 4 Common Sandpipers on the beach between the Severals. Otherwise, a Cuckoo was calling from the Priory, the usual Linnets, Whitethroats and Sedge Warblers were along the Severals, and at least 20 Curlews and a Grey Plover were in the harbour. The three Moorhen chicks in the moat of the Mound are nearly fully grown now. (AH) 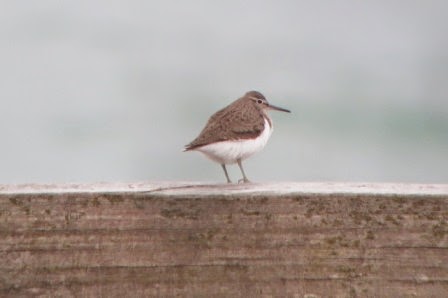 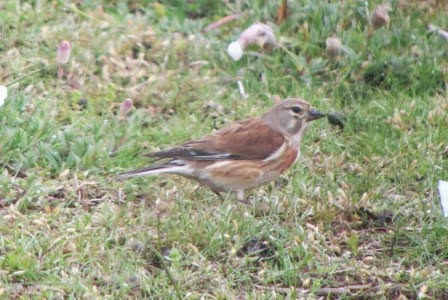 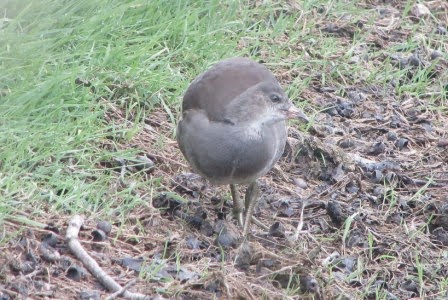 Ferry Pool: No sign of the Wood Sandpiper early on, though there was a Common Sandpiper present, along with the Black-tailed Godwit flock, two or three Redshank and Lapwing, and a pair of Shelduck with two newly hatched young. (AH) Early evening 9 Whimbrel flew over the Tramway heading east, and there were also a Cuckoo and 2 Jays about. (AH) 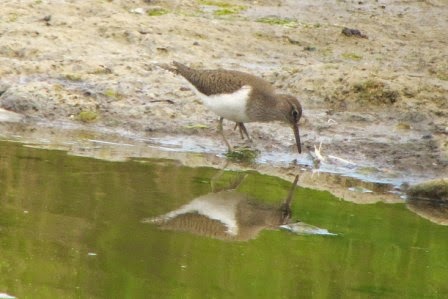 Common Sandpiper on Ferry (AH)
Wednesday, 21st May: Deadly quiet on the sea-watching front today and it's beginning to look like the migration party is over for another spring, with most of the migrant birds back in now and many already on nests or with young. But whilst the quantity may be over, the quality can suddenly improve markedly, and so we hope for a stray wanderer to overshoot and brighten things up, before the whole migration process starts all over again. So keep your eyes open for a birding surprise on the Peninsula these next couple of weeks or so... you can bet something decent will appear (OM).

The Black-winged Stilts that have been present at Medmerry for the past few days appear to be breeding. Access, particularly parking, is extremely limited and there is still construction machinery moving around nearby. RSPB are doing everything we can to protect the birds but in the meantime please be aware that we will, if possible, try to make the site more accessible to visitors over the coming weeks. If there is anyone able to help with a 24hr watch on the site, please get in touch with me at the Pagham Harbour visitor centre on 01243 641508. Thank you for your cooperation. Pete Hughes (RSPB Warden).


Church Norton: Very quiet - a Cuckoo calling and a Red-legged Partridge in the churchyard were the somewhat modest highlights! (OM)
A few bits this evening despite the gloom and wind - a single drake Common Scoter fairly close offshore, along with a Little Tern and 2 Sandwich Terns, plus 50 Dunlin on the beach, a Hobby twice did a low flyby over the Priory and into the corner of the harbour, and a Cuckoo was sitting in the dead tree behind the concrete wall. (AH) 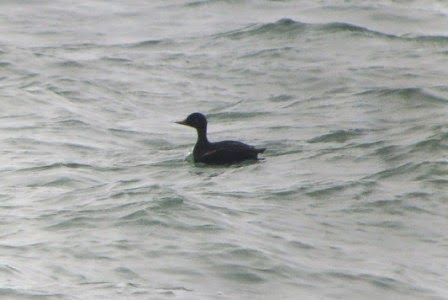 
Ferry Pool: The Wood Sandpiper continues to lurk at the very back of the pool, and a pair of amorous Avocets (the first on here for several weeks), plus a flyover Cuckoo were the most notable birds, whilst there were still 6 Gadwall and 80-odd Black-tailed Godwits in residence. (AH) 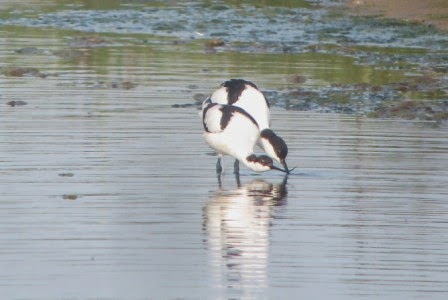 Avocets on (above) & Black-tailed Godwits over the Ferry (AH) 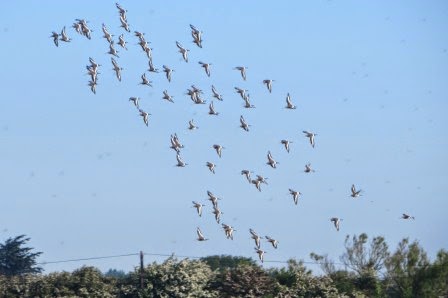 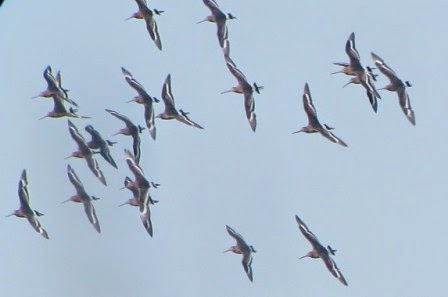 North Wall & Pagham Spit: Still several Reed Buntings and plenty of Reed & Sedge Warblers along the Breach Pool. Also a pair of Common Terns, 3 Great Crested Grebes and 15-20 Tufted Ducks. (AH/JW) The Spit was devoid of birds bar a few Linnets and Skylarks, and the harbour seemed similarly empty - still a few Dunlin and Curlew, plus 4 Great Crested Grebes being about it, save the immature gull flock. There were also 7 Great Crested Grebes on the Lagoon. (AH)
North Wall: Still very quiet. The flooded field north of the stables is all but dried up, just a few Shelduck loafing around. A pair of Gadwall on the Breech Pool along with some 20 Tufted Ducks and the single Great Crested Grebe. Three Greylag Geese in the back field and a Cuckoo calling at Honer. (JW) 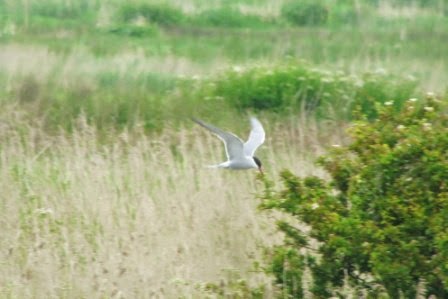 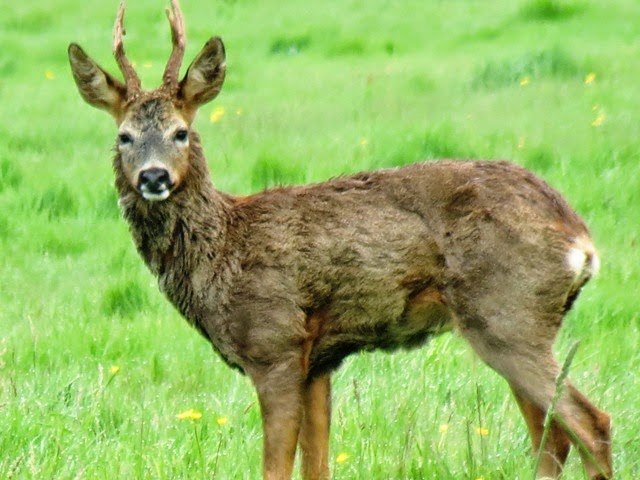 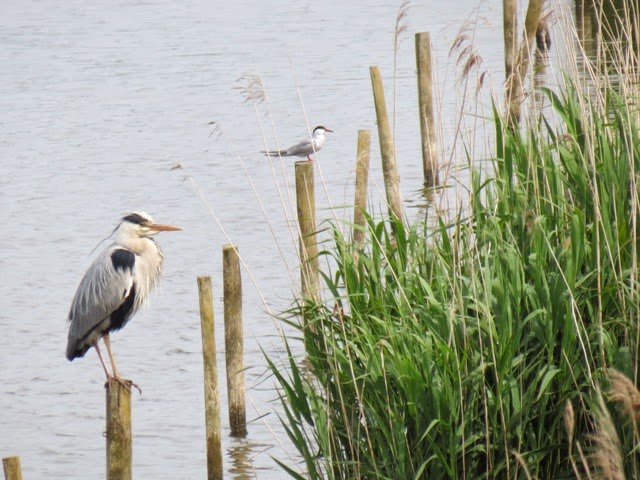 Roe Deer at the North Fields and a Heron eyeing up a Common Tern at the Breech Pool (JW). Jim failed to mention any of these in the write-up he supplied but we assume they are all connected!
Tuesday, 20th May: Another promising morning with a notably fresh south-easterly, but despite the potentially good conditions it was more like a party that is almost over, perhaps looking like sea-passage is all but done and dusted. There were however still a few waders about and Medmerry stole the show again today, followed by the Ferry Pool... 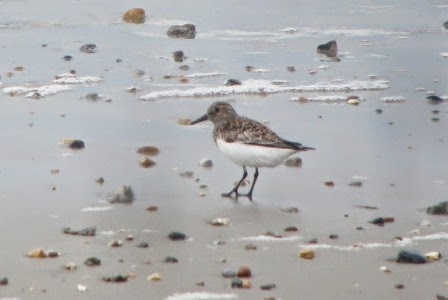 Summer-plumaged Sanderling (above) & Common Scoter at the Bill (AH) 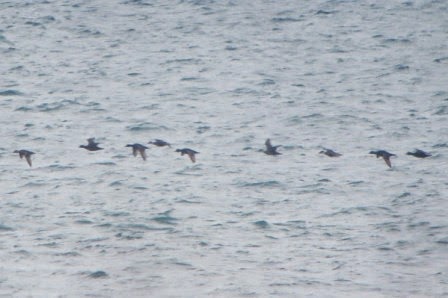 Medmerry: Once again Medmerry was left to take the honours, with a Curlew Sandpiper joining the two Black-winged Stilts this morning. Also on the pool a Little Ringed Plover, a Common Sandpiper and up to 10 Avocets (though sadly only one chick seen this morning.) Elsewhere along the track, at least 3 singing Corn Buntings, half a dozen Yellowhammers and Skylarks and numerous Whitethroats. (ARK/PH/AH)
The Curlew Sandpiper and Stilts still present this evening along with the other birds reported earlier, plus a Little Owl and 2 Little Terns. (IP) 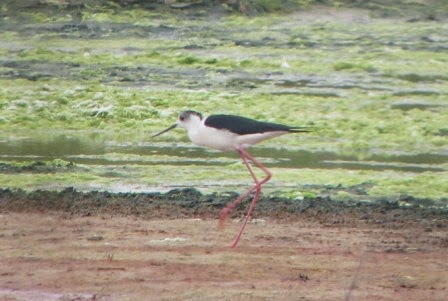 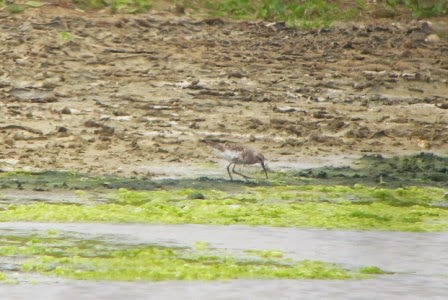 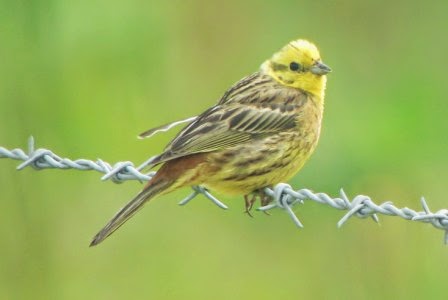 North Wall: On fields north of the stables I counted 18 Ringed Plovers; nice to see but not quite what I had hoped for. On the Breech Pool were 20 Tufted Ducks, a pair of Teal and a Great Crested Grebe. No signs yet of a GCG family. Have no idea what the Tufted Ducks are planning to do, the numbers fluctuate daily. There are 2 pairs on Pagham Rife and 1 pair on Bremere. Common Terns are now seen fishing on a daily basis on the Pool, they come in from the north so I guess they originate from the gravel pits rather than the Harbour.  Not a single bird on Honer reservoir. Whitethroats and Chiffchaffs feeding young in and around Owl Copse (JW). 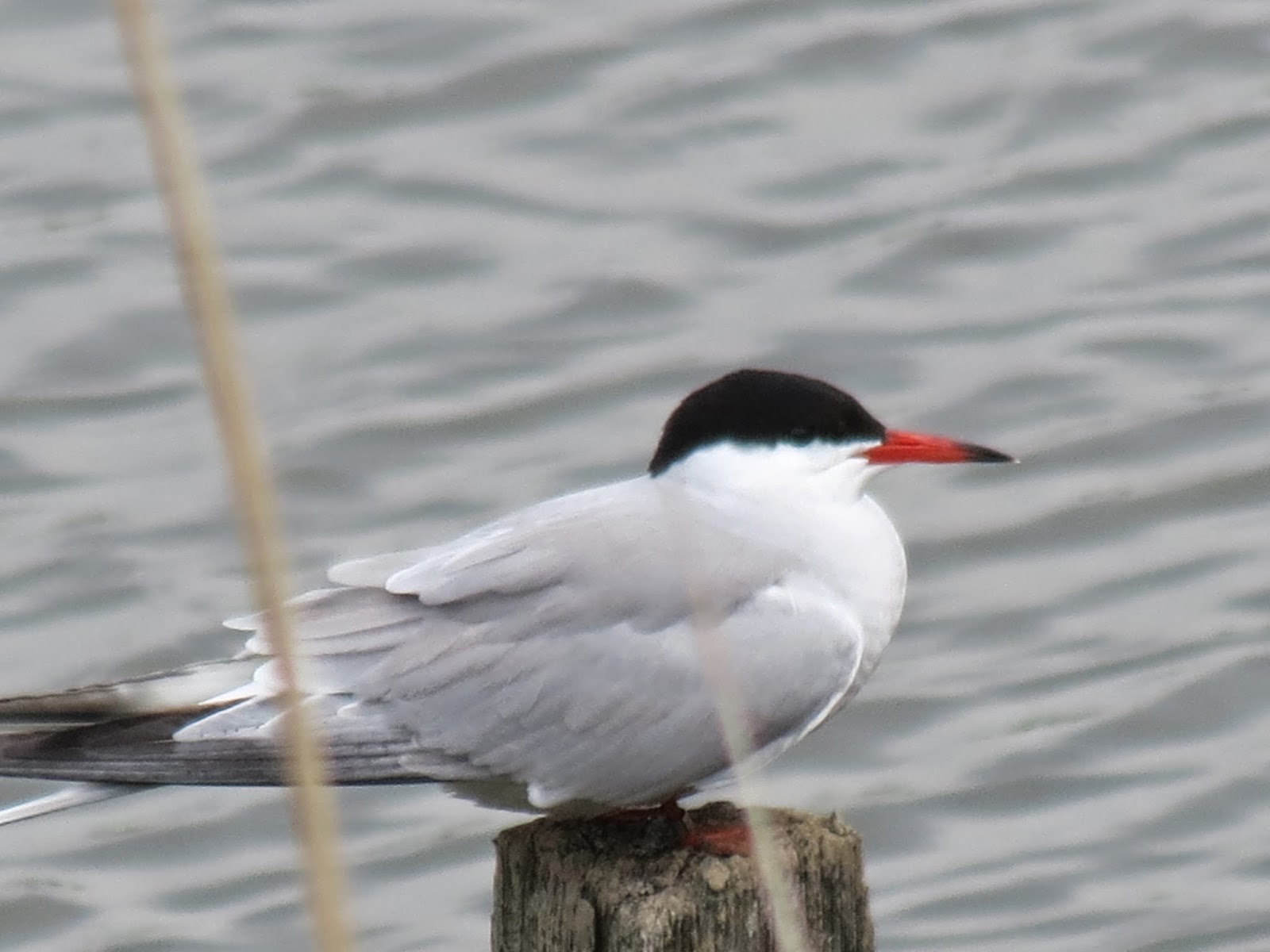 Common Tern on the Breech Pool (JW)
Selsey: A short visit to Northcommon Farm was disappointingly bird-less, so I checked out the adjacent Warner Lane paddocks, which was little better today: three pairs of Whitethroats, several each of Swallow and House Martin and a pair of ubiquitous Red-legged Partridges were the meagre highlights... save for the delights of a ewe that had literally just given birth to twin lambs as I arrived (OM). 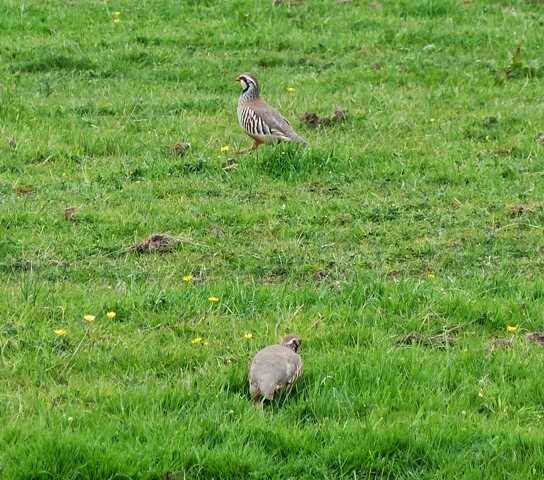 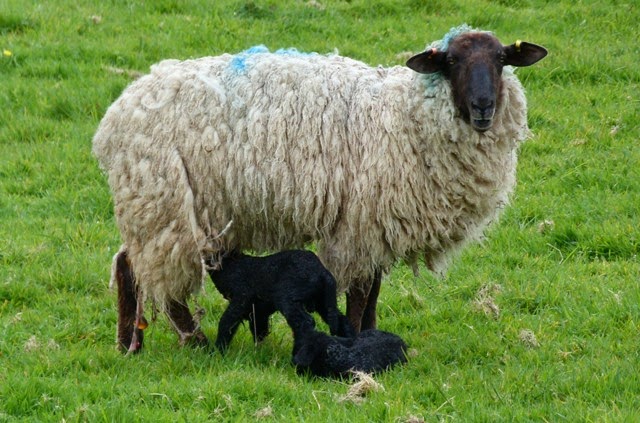