Saturday, 27th September: Another dull and grey start with low cloud, remaining dry with light winds but with a risk of fog patches.

Church Norton:  A midday walk (from Selsey) produced a Kingfisher, 20+ Chiffchaffs and a Blackcap (SH).

Ferry Pool: Early this morning the Little Stint was still present, along with 2 Green Sandpipers, a Common Sandpiper, 3 Dunlin, 6 Avocets, 8 Black-tailed Godwits and 40 Lapwing. Also a Kingfisher dropped in briefly and a Grey Wagtail went over. (AH)

Friday, 26th September: A mild, but grey and damp autumn morning with squally bursts of light drizzle and low cloud. Becoming drier and a bit brighter during the day, with a light WSW breeze 2-3.

North Mundham: A Nuthatch in my garden this morning. (CRJ)
Ferry Pool: The Little Stint was in the company of 3 Dunlin at the back of the pool this morning, and there were also 2 Snipe, 2 Green Sandpipers, a Common Sandpiper, 7 Avocet, 6 Black-tailed Godwit and 30 Lapwing present. (AH) 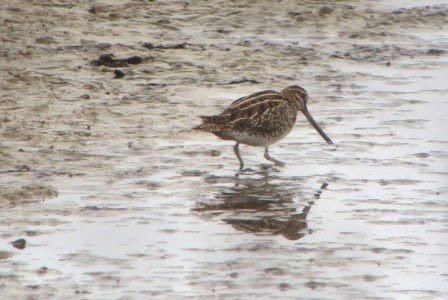 Snipe (above) & Snipe and Teal on the Ferry (AH) 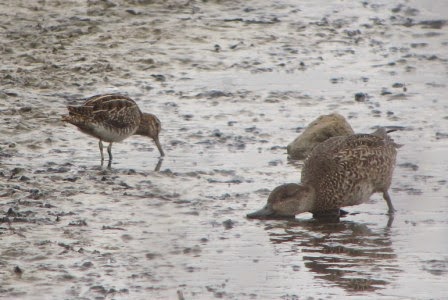 Long Pool/Ferry Channel: Considering the conditions, there was a surprising amount of activity around the vicinity of the Long Pool this morning, including at least a dozen Whitethroats and Blackcaps, a Reed Warbler, a couple of Chiffchaffs and 20+ Reed Buntings moving about the hedgerows, 6 Skylarks over and 2 Stonechats in the uncropped field. At least 300 Teal and 200 Wigeon flew into the harbour from the west and along Ferry Channel there were a Greenshank, a Spotted Redshank, 8 Dunlin and 40 Redshank. (AH) 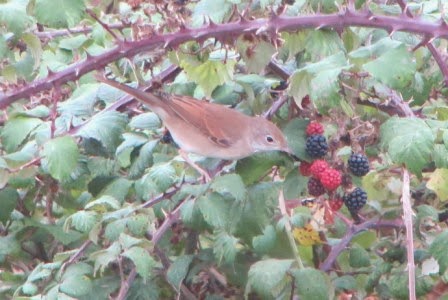 Whitethroat (above) & Reed Bunting along the Long Pool (AH) 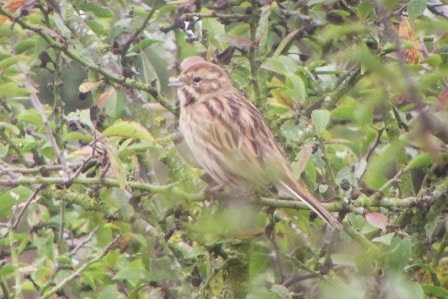 North Wall: On arrival this morning there seemed to be nobody about and comparatively few birds; I began to wonder if everyone knew something I didn't but decided to persist anyway. The Breach Pool held 79 Black-tailed Godwits and 3 Snipe, plus 2 Water Rails (one seen and another heard) but little else except a few Teal and Mallard. The bushes held 6 Reed Buntings, 8+ Chiffchaffs and 2 calling Cetti's Warblers, whilst a couple of hundred Swallows passed through, but overall there was little of note. I checked White's Creek from the sluice and found that very quiet too; it was low tide so the waders were spread out, but all there seemed to be were Redshanks, Lapwings and Wigeon with none of the more interesting things from recent days. A walk down the Creek and the east side was a good deal more productive and eventually I came across a group of 6 Spotted Redshanks with a seventh calling from the harbour. Four Greenshanks were also logged but there was no sign of any Curlew Sands today; indeed there were also very few Dunlin and rather few Grey Plover on the mudflats. Another 20 Black-tailed Godwits and 2 Bar-tailed were also present; one of the latter was missing a right foot and hopping while feeding but seemed otherwise okay... I presume this might be the bird previously reported with a badly broken leg? Other sightings included 60 Great Black-backed and 2 Lesser Black-backed Gulls, 1 adult Yellow-legged Gull and 2 Kingfishers, another Cetti's Warbler and 6 more Chiffchaffs (OM).
Following my visit, I was soon upstaged a bit by PM ......... 4 Curlew Sandpipers in the Creek for c5 minutes only on rising tide, 3 Greenshank, 9 Spotted Reds on Breach pool roost + 1 in harbour and 50+ Golden Plover. Kingfisher on Breach pool, 3 Stonechats on fence behind, Sparrowhawk and Kestrel over fields (PM). 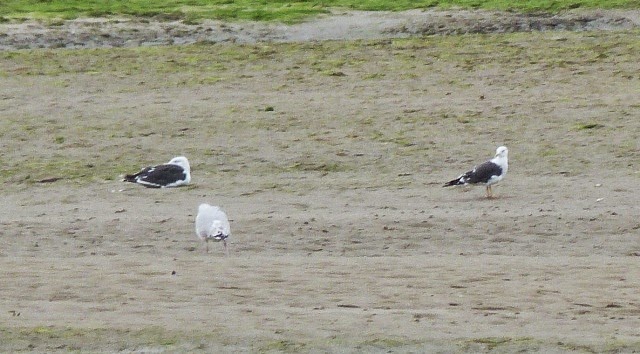 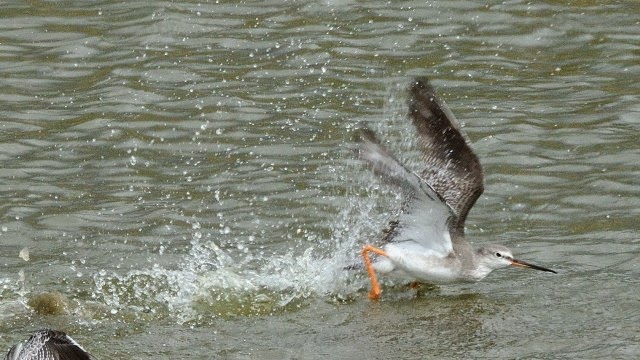 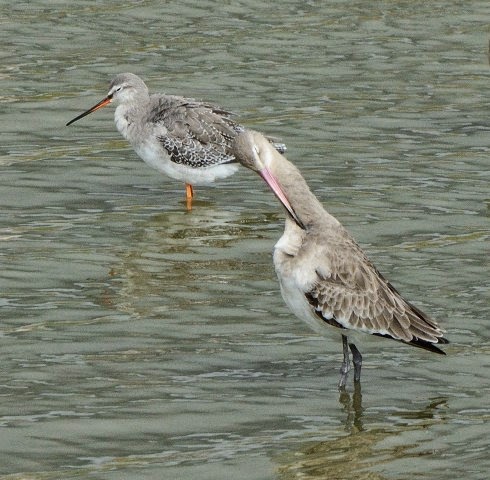 Church Norton:  1 Whitethroat, 1 Spotted Flycatcher, c10 Blackcaps and a Peregrine on the island (PM).
Thursday, 25th September: Another fine autumn day, still early on before the westerly breeze picked up....
Ferry Pool: The Little Stint still present this morning, along with 3 Green Sandpipers, the Snipe, 8 Avocets, 6 Black-tailed Godwits and 40 Lapwing, and the Common Sandpiper in Ferry channel (AH) 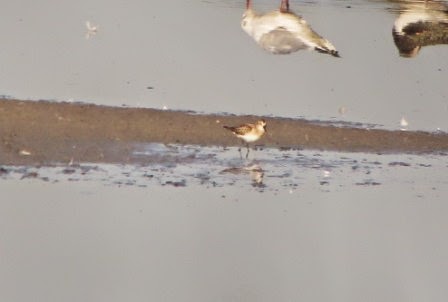 Little Stint on the Ferry (AH) 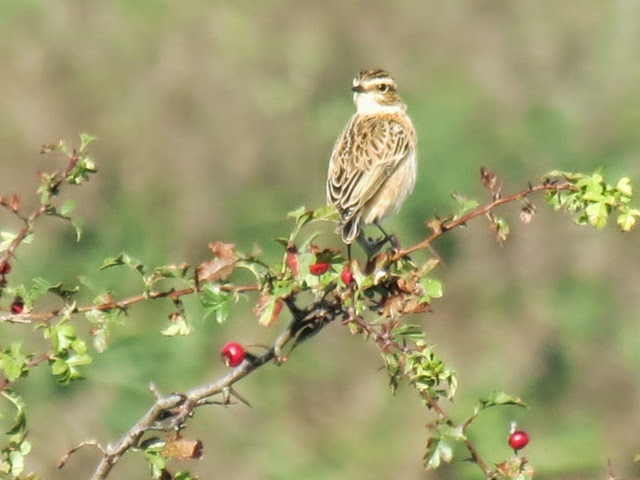 Whinchat on the North Wall (JDW)

Medmerry: West Sands to the Breach - At least 10 Wheatears this morning around the rough ground and beach, along with 3 Reed Buntings, 2 Pied Wagtails, 100+ Meadow Pipits and 500+ Linnets. At least 100 House Martins and double that of Swallows were about overhead, a Sandwich Tern went west, and on the mud towards the breach there were a Mediterranean Gull, 3 Bar-tailed Godwits, 6 Curlew, 40 Dunlin and 75 Ringed Plovers. (AH) 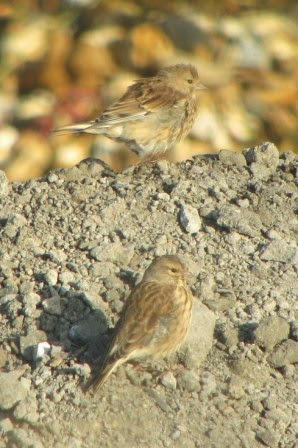 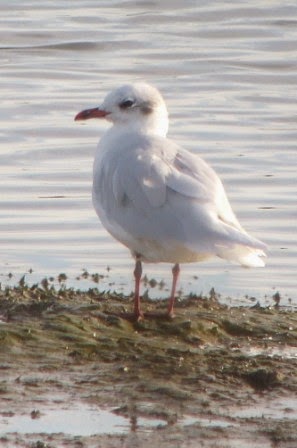 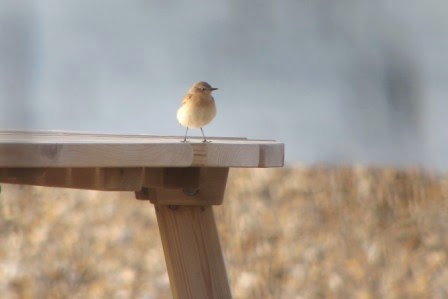 Church Norton: Pretty quiet this morning, particularly for migrants in the bushes. A Stonechat was along Rectory Lane, as were another flock of 20 or so 'released' juvenile Grey Partridges, but all I could find around the hide/churchyard area (not helped by the multiple power tools in operation) was a couple of Blackcaps.
A Greenshank was in the harbour, along with a Whimbrel and 2 Bar-tailed and 20 Black-tailed Godwits, and a walk along the spit produced a Green Woodpecker, a Wheatear, a Skylark and 20 or so Meadow Pipits. (AH) 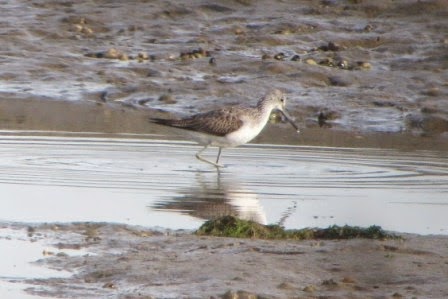 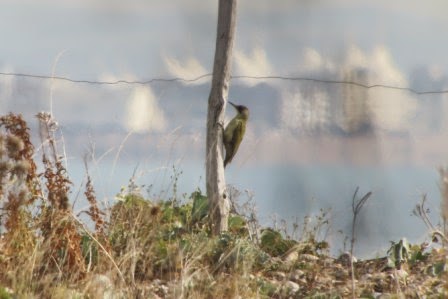 Horse Paddocks, Warner Lane: Late this afternoon there were a pair of Stonechats, 3 Pied Wagtails, 5 Linnets, 3 Meadow Pipits, 1 Chiffchaff and 8 Swallows over. (SR)
Posted by Andrew House at 12:00