Saturday, 19th December: Still amazingly mild for the time of year with near-record temperatures, more reminiscent of early spring. Mainly cloudy today with some hints of brightness; wind again southerly and quite fresh-strong, but feeling chillier on the coast....

Selsey Bill: After a slow start, Kittiwakes started appearing from the east and kept coming, with over 700 apparently heading west, along with 50+ Gannets, but all well offshore. Gannet numbers slowly built up offshore and it is possible that the Kittiwakes were feeding among them, because after an hour of birds going west they started drifting off eastwards, as did the Gannets. There were also Red-throated Divers both east and west, but not much other movement, though the Eider and several Great Northern Divers were offshore.
Full log below....
(0740 to 1000hrs):  (Obs: SH/JA/PB/AH/SR)
Red-throated Diver - 9E, 10W
Great Northern Diver - 1E, 3os
Diver sp - 1E
Great Crested Grebe - 1E, 1W, 1os
Gannet - 26E, 73W, 50os
Brent Goose - 5E, 9WCommon Scoter - 2E, 3W
Red-breasted Merganser - 6E, 3os
Kestrel - 1p
Razorbill - 1W
Auk sp - 3E, 3W
Kittiwake - 727W (up till 09.30 when they started going back east)
Mediterranean Gull - 4W, 7os 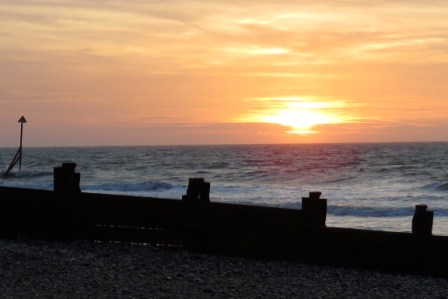 Sunrise at the Bill (PB)

Ferry Pool: What was presumably the White-fronted Goose from Medmerry was on the pool this morning with a Greylag and c75 Canada Geese. There were also similar numbers of Brent Geese, 200+ Wigeon, c60 Shoveler, c20 Teal and 12 Shelducks, but just a few Lapwing. (AH) 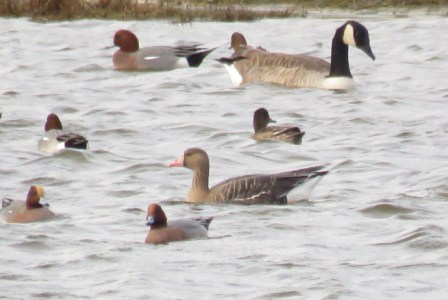 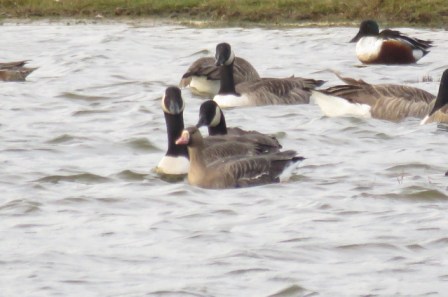 Church Norton: Not much to report beyond the usual large flock of Knot, Dunlin and Grey Plover, though there were a Red-breasted Merganser and a dozen Shoveler in the main channel, and very large numbers of Lapwing and Brent Geese came up from the North Wall direction at one point. (AH) Offshore mid-morning were 5 Red-breasted Mergansers, plus 2 Red-throated Divers moving W (SH/SaH) 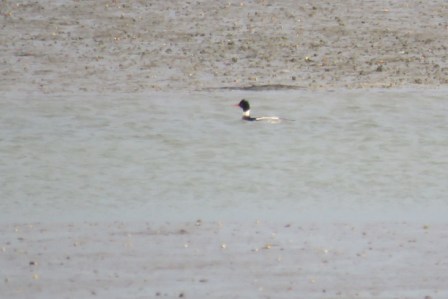 Chichester Marina: A quick look produced the two Little Gulls in the same field as before, adjacent to the Salterns Way, and a Black Brant was in with c800 Brent Geese before a helicopter spooked them all and they resettled near Dell Quay. (AH) 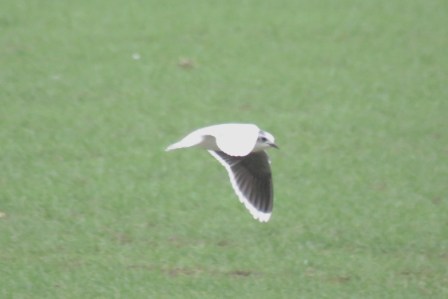 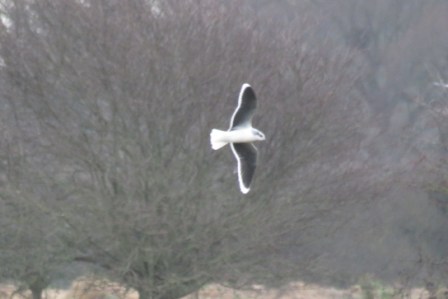 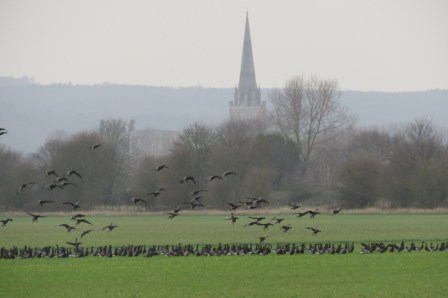 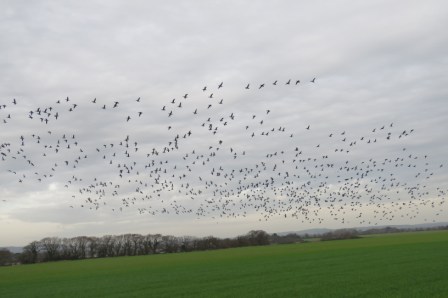 Friday, 18th December: Another mild, breezy, generally grey sort of a day......with the fresh SSW wind along the coast feeling rather chilly at times.

Selsey East beach pond:  A Kingfisher was fairly active this morning, six Curlew flew over NW and a Chiffchaff was calling from the hedgerows (OM).

North Wall: A Marsh Harrier was hunting over the reeds behind the Breech Pool this morning, even settling on one of the hawthorn bushes at one point. (PC)

Ferry Pool: Not much to report this morning - just the usual numbers of Lapwing, Wigeon Teal, Shoveler and Shelduck, plus a dozen Black-tailed Godwits. (AH)

Medmerry: A Spoonbill was out on the reserve this morning. Also c.45 Stock Doves and 4 Grey Partridges on stubble near Greenwood fm, and 25 Golden Plover overhead(PH)

Breach area - There were two Rock Pipits and two pairs of Stonechats around the end of the caravan park and viewpoint area, plus a dozen Meadow Pipits along the bank.
On the pools there were at least 120 Curlew, 80 Lapwing, 40 Dunlin and 20 each of Grey and Ringed Plover, plus about 60 Brent Geese and six Golden Plover flew over. There were also a lot of gulls loitering, including 100+ Mediterranean Gulls and Common Gulls, in with about 500 Black-headed Gulls. (AH) 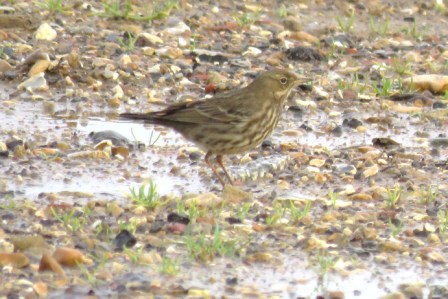 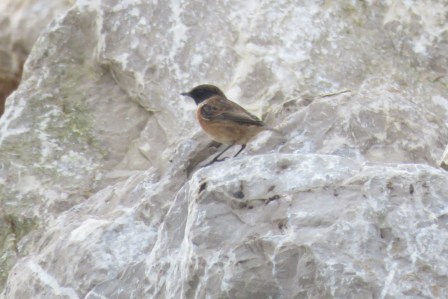 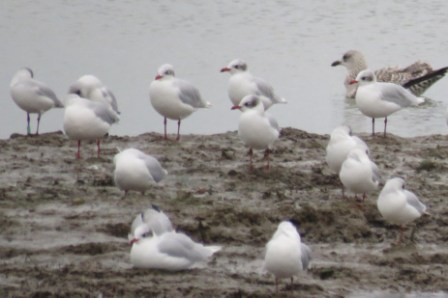 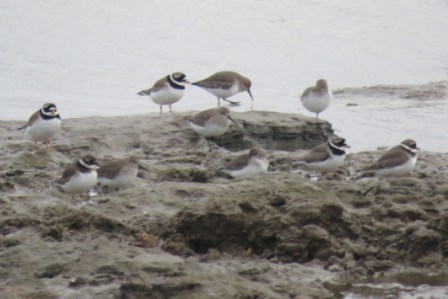 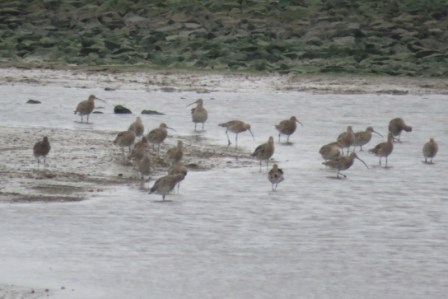 Chichester Marina: One of the adult winter Little Gulls was still in the field off Salterns Way this morning, and a Black Brant was still with the Brent Geese in the field opposite, along with a Buzzard, five Oystercatchers, forty Curlews and 12 Pied Wagtails.
In the harbour there were a female Goldeneye, five Red-breasted Mergansers, six each of Little and Great Crested Grebes, 15 Shelduck and a few Grey Plover. (BI)


At Birdham Pool, there was no sign of the Mandarins but there were at least 60 Mallards and nine Little Grebes present. (BI)

Thursday, 17th December: A very pleasant, mild morning, with even a hint of sun, though rain is forecast to return this afternoon....

Chichester Marina: The two adult Little Gulls reported yesterday were still present, commuting between the channel and the arable field to the east of the Salterns Way with Black-headed Gulls. A Black Brant was in with many hundreds of Brent Geese in the field opposite, adjacent to the harbour, and there were many hundreds more Brent Geese out on the mud. There were a couple of Sandwich Terns in the channel and up to half a dozen Goldeneye, a dozen Red-breasted Mergansers and 30+ Little and 20+ Great Crested Grebes on the water. (AH/BFF/DM) 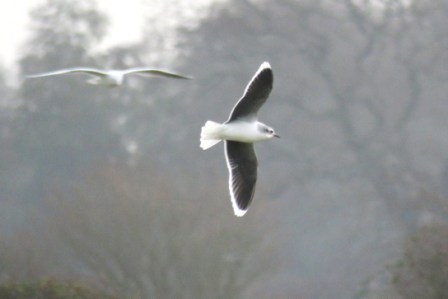 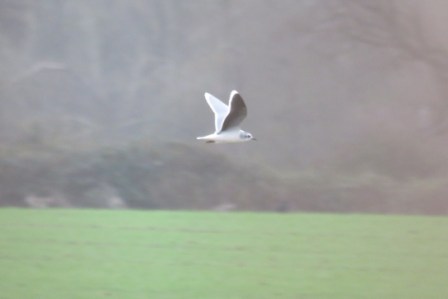 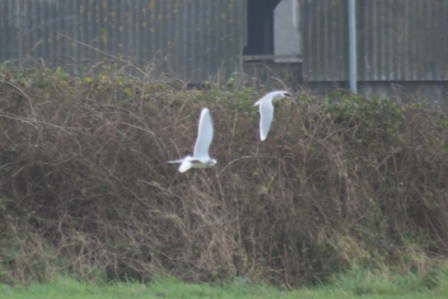 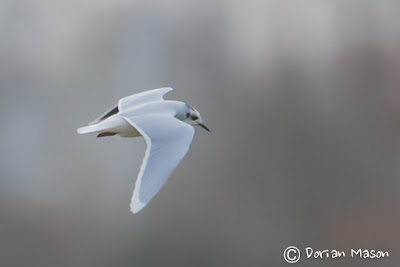 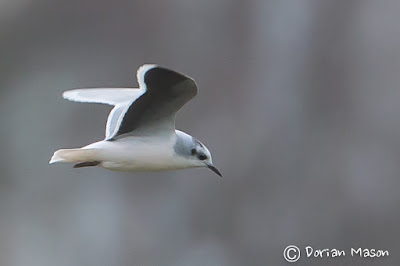 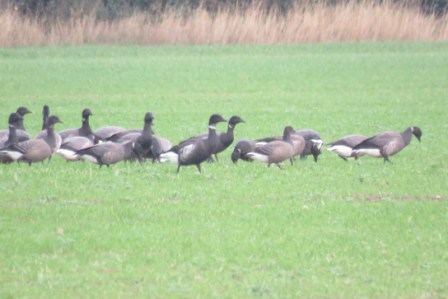 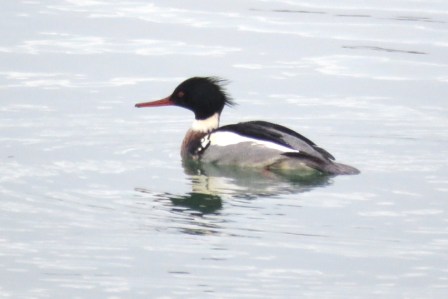 Fishbourne Creek: A quick look from the quay at Dell Quay produced three Spotted Redshanks feeding together, a couple of Greenshank further up the channel, many more Brent Geese and lots of Curlew, Redshank and Wigeon. (AH) 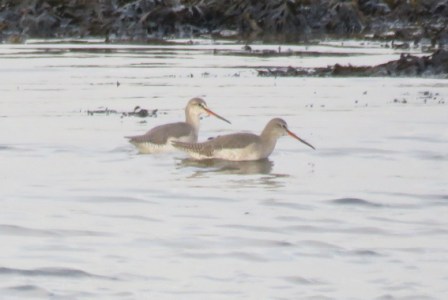 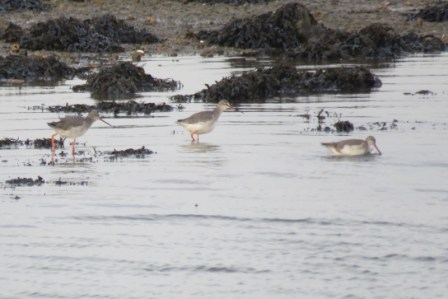 Bracklesham: A very smart male Black Redstart this morning outside 'Doms' restaurant in the village this morning. (AB)