The editors would like to take this opportunity of wishing everyone a happy, peaceful and bird-filled New Year.... and let's hope 2016 treats the Peninsula, its birds and its birders kindly.

Chi Marina: A Little Gull was still present in the same field off Saltern's Way. (BI) 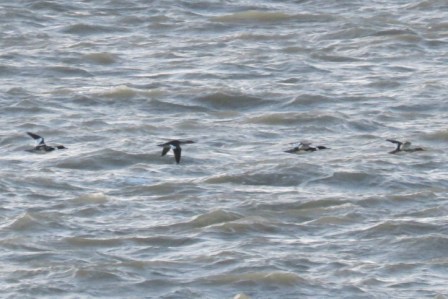 Red-breasted Mergansers past the Bill (AH)

Ferry Pool: Still a lot of birds, including the White-fronted Goose in with 20 Canada Geese, 200 Brent Geese, 200 Wigeon, 75 Shoveler, 60 Golden Plover, 150 Black-tailed Godwits and at least 500 Lapwing. Also a Kingfisher was in the rife and a grey Wagtail and a Buzzard went over. (AH) 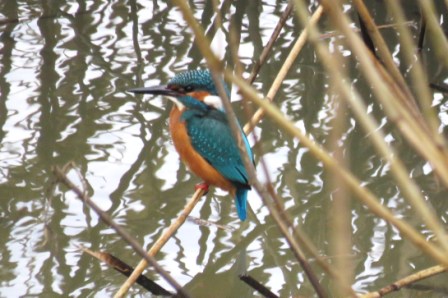 Kingfisher (above), White-fronted Goose & Golden Plover and Lapwing at the Ferry (AH) 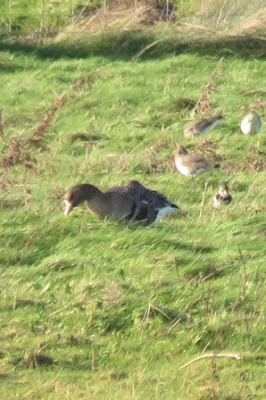 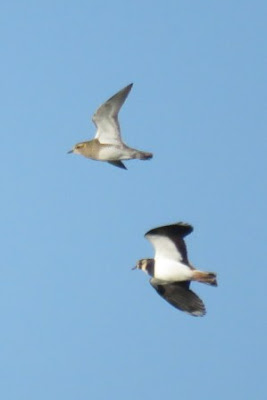 Long Pool: Quiet - couple of Little grebes and a couple of Reed Buntings was about it, whilst there were a dozen Avocet and 25 Redshank in the channel. (AH) 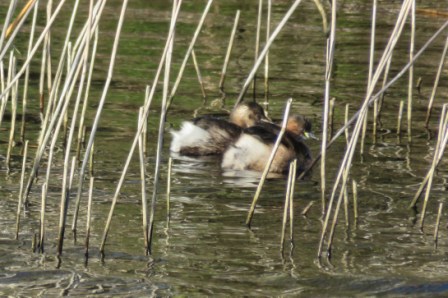 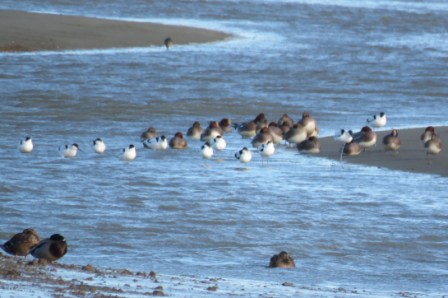 Church Norton: There were two, and possibly three, Chiffchaffs around the mound/car park area, with a few Goldcrests, too, but not many other small birds. The Whimbrel was in its usual area, and on the beach a Sanderling was in with 40 Turnstones, and there were two or three Mediterranean and Common Gulls with the Black-headed Gulls, but the harbour was very empty of birds again, with just a few Shelduck, Curlew and Grey Plover on the mud, (AH) 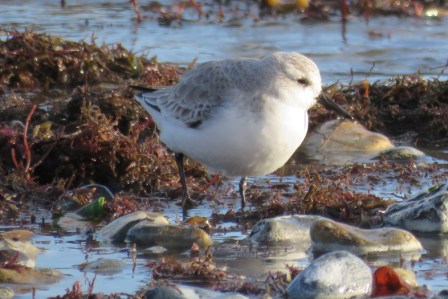 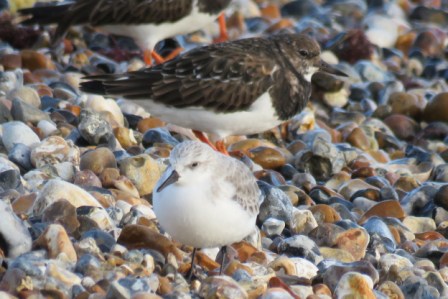 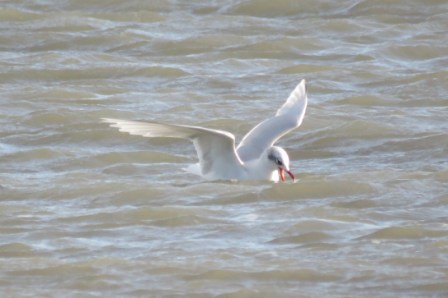 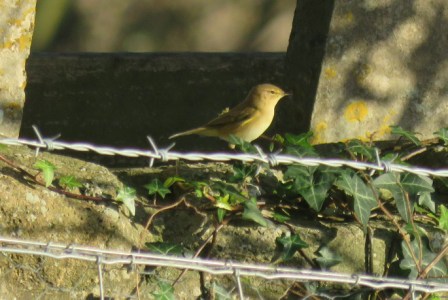 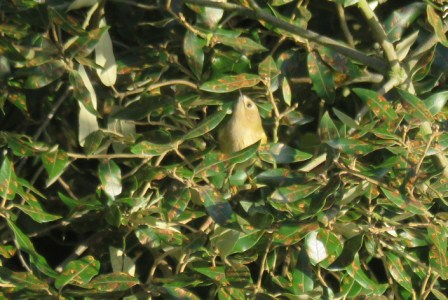 North Wall: A clear and breezy morning and White's Creek was like a wind tunnel, and apart from 7 Redshank it was devoid of birds. The Breech Pool is full to brimming and, apart from 2 Teal, only Mallard could be observed. In the field behind were 120 Wigeon, 11 Canada Geese and 2 Little Egrets. In Honer 2 field were 1200 Brent Geese, rising to 1700 as the morning went on, and 70 Curlew. In Honer 3 field were a further 22 Curlew and 7 Black-tailed Godwits. Where have all the Godwits gone?
In the field immediately north of Bremere Bridge were 240 Wigeon, 80 Teal, 47 Canada Geese and a Greylag Goose. Along Honer Lane were 7 Yellowhammers, but Honer reservoir held only 18 Coot and 5 Black Headed Gulls. In the nearby sunflower patch was a flock of 800 Wood Pigeons. It was nice to finish 2015 with a circuit year tick - 5 Grey Partridge in the field SE of the reservoir. This made my 2015 total for the circuit up to 103. Back home there was a bee on the honey suckle. Crazy weather. Happy New Year. (JDW) 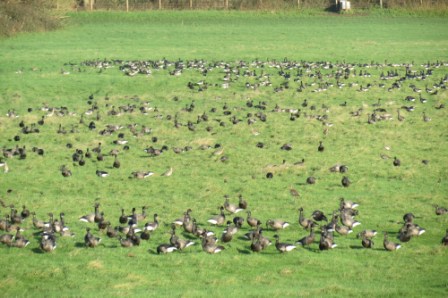 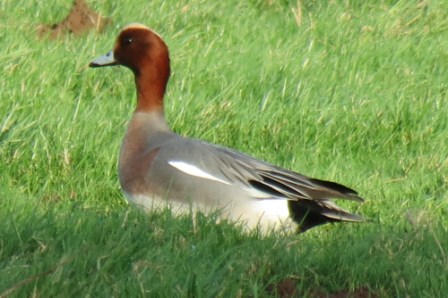 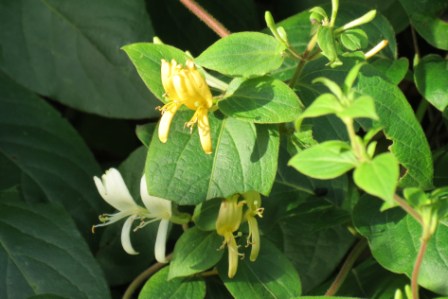 Some interesting news from the BTO, via Richard Fairbank, regarding a ringed Great Black-backed Gull on Pagham Lagoon on 28th December -
D:AU (BTO MA30865) was ringed by the Goldcliff Ringing Group on 16/06/2013 at Denny Island (Monmouthshire) in the Bristol Channel. Your sighting is the first since the bird was ringed - 2years 195 days previous. The distance and direction of movement is 165km, ESE.
We have not previously had a sighting from West Sussex, so especially pleased to get your record. Most of the birds from Denny so far have moved around the West Country - several have wintered in Cornwall. 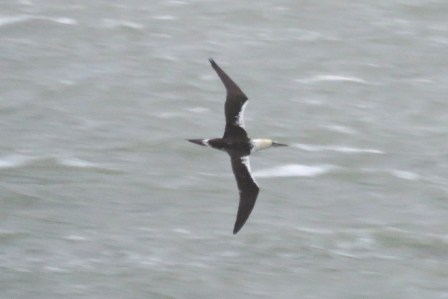 Gannet (above), Red-breasted Merganser & Brent Geese past the Bill (AH) 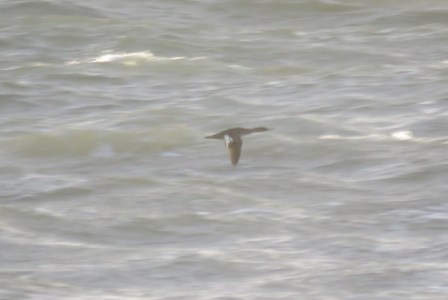 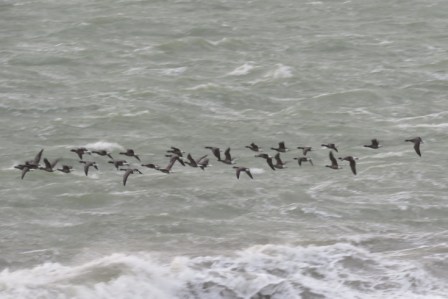 Ferry Pool: Nothing unusual, but a lot of birds, including around 500 Brent Geese, 200 Wigeon, 125 Black-tailed Godwits, 80 Lapwing, 20 Golden Plover, 70 Shoveler, 40 Teal and 25 Shelduck. Also, there was a very confiding Goldcrest among a small flock of Long-tailed Tits. (AH) 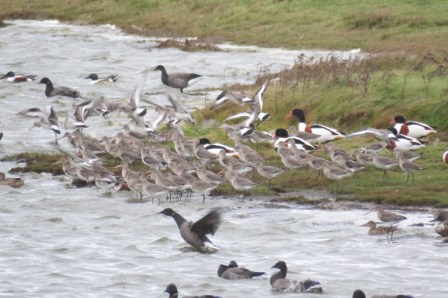 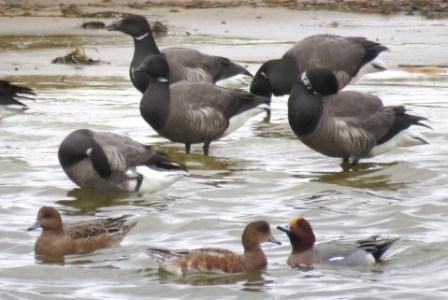 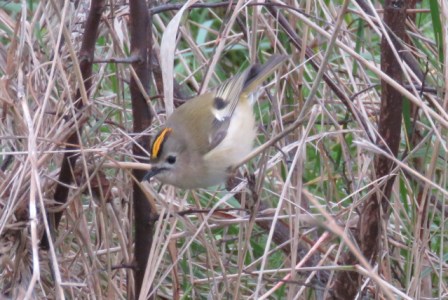 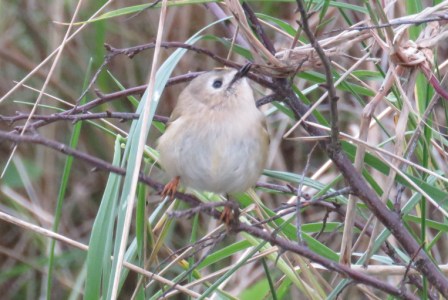 Chichester Marina: The two Little Gulls were in the usual field along Salterns Way, with about 60 Curlew, 200 Common Gulls and double that of Black-headed Gulls, whilst in the field opposite there were 1000+ Brent Geese, but the Black Brants weren't giving themselves away.
On the water there were four Goldeneye, eight Red-breasted Mergansers, five Great Crested and twelve Little Grebes. (AH/BI) 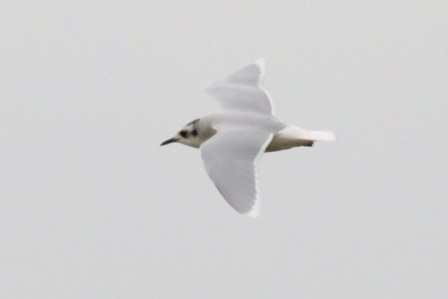 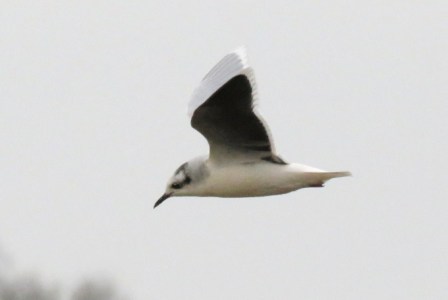 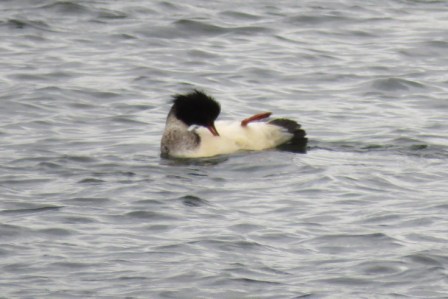 West Itchenor: A Great Northern Diver just offshore a couple of hundred metres south of Itchenor this afternoon - presumably the same bird seen near Dell Quay earlier in the week. (GM per SOS)


Pagham Lagoon: There were five Goldeneye, 30 Tufted Ducks, the female Pochard. a male Red-breasted Merganser, six Little Grebes and one Great Crested Grebe, plenty of Black-headed and Herring Gulls, along with a few Common Gulls and two Great Black-backed Gulls, but no sign of the possible Scaup. (BI)

Long Pool/Ferry channel:  A Marsh Harrier was hunting around the Long Pool area this morning, before moving into the harbour, whilst a Kingfisher, c.20 Avocets and a Spotted Redshank were in the channel. (AH) 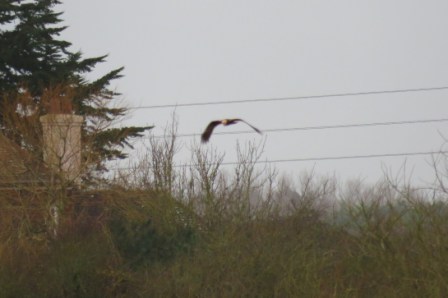 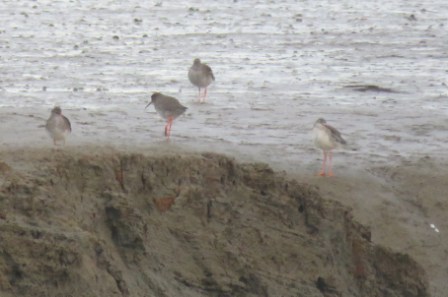 North Wall: Highlight today was a Short-eared Owl quartering the reeds behind the Breech Pool. Otherwise it was very quiet. Along White's Creek were 31 Redshanks, 27 Wigeon and 140 Lapwing, whilst in the field behind the Breech Pool were 600 Brent Geese, 7 Canada Geese, 120 Wigeon and 37 Curlew. At this point a squall arrived and I was soaked within minutes and abandoned birding!


In my Pagham garden were 18 Long-tailed Tits, a Great Spotted Woodpecker and a pair of Jays who have apparently mastered my peanut bird feeder. (JDW) 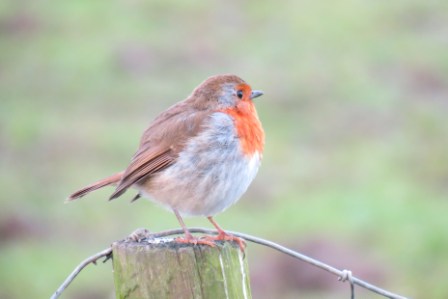 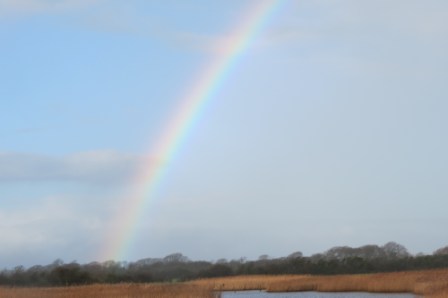 Medmerry: On a rather windswept afternoon a late sighting of a Short-eared Owl was a bonus. Other birds of note were a Dartford Warbler, both Green and Common Sandpipers, numerous Yellowhammers, Skylarks, Meadow Pipits, several pairs of Stonechats and a Red-breasted Merganser. (G Whitehead per SOS)