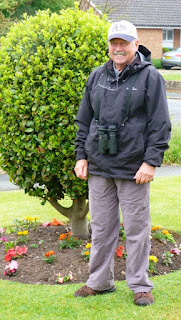 Wednesday, 12th June: Cloudy and mainly dry this morning but rain later, with a fairly strong SW wind, so it seemed that the Bill would be the best option. I was accompanied today by New Zealand birder Phil Hammond who is over here on family business. Phil has actually been here before but has not seen a good number of our more common migrants so was hoping for a few ticks. As it turned out the prevailing conditions today didn't conspire to produce too many for him - sorry Phil - however it wasn't a total blank and he has now become an honorary Selsey regular! A visit to Church Norton was not inspiring, producing only 3 Bar-tailed Godwits, a Dunlin, 5 Sanderling, a summering Brent Goose, a couple of Chiffchaffs and a Cetti's Warbler. The Ferry Pool was much as yesterday but now with 10 Avocets. Chi GPS (Ivy/West lakes) were disappointing with no sign of the Little Gull(s) on West lake, but 200+ Swifts and c.25 House Martins.

Tuesday, 11th June: Cloud and rain this morning and into the afternoon, the first for a little while. It seems there wasn't a great deal of birding activity today, which isn't altogether surprising as we approach the mid-June period.  SR reported "Had planned to visit the Bill this morning but rain put me off; once it stopped a little I ventured down there but found a heavy mist and the rain started again so gave up.  Visited Ferry Pool this afternoon." GH then visited the Bill this evening from about 1825hrs once the weather had cleared and the wind was light southerly... he phoned to report that he was rewarded with 3 Arctic Skuas (of which 2 W) and a Manx Shearwater, plus some Gannets and c. 20 Sandwich Terns offshore. 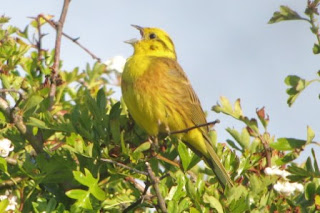