Monday, 19th August:  A day of gardening and domestic bliss for me - though with one eye on the news, half-expecting to be seen off! My personal highlight was a Hummingbird Hawkmoth on the geraniums, but at least Pagham Harbour seemed to have a few birds around... 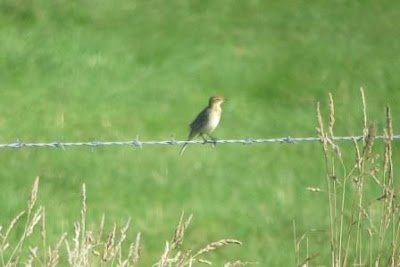 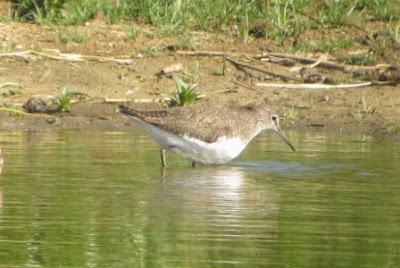 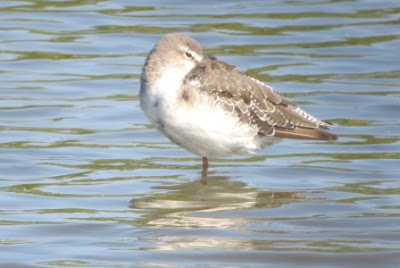 A selection of some of the birds on the Breech Pool this morning; from the top, Yellow Wagtail, Common Sandpiper and Spotted Redshank (photos: Andy House).


Ferry Pool: Being refilled with salt water again and not much on there - just 2 Common Sandpipers, 4 Black-tailed Godwits, 1 Redshank, 20 Teal, the family of Shelducks and 150 roosting Black-headed Gulls. Breech Pool: A good selection this morning, including the Spotted Redshank, a Green Sandpiper, 2 Little Ringed Plovers, a Snipe and 37 Black-tailed Godwits. 4 Greenshank and 2 Whimbrel were in the harbour, and, best of all, at least 10 Yellow Wagtails in amongst the cattle, with 20+ Sand Martins and 50+ Swallows, too. Again, only a few assorted warblers on show, though. In White's Creek 54 Redshanks and 2 Greenshank, plus 7 Willow Warblers and 3 Green Woodpeckers in fields (AH/JW).

﻿
Sunday, 18th August: The blustery winds of yesterday evening had given way to cloud with heavy showers and a brisk westerly this morning. I headed to the Bill arriving at 0830, by which time the locals had been watching for the best part of three hours and most of the limited action was over! Annoyingly, a distant shearwater sp. was glimpsed several times during the morning by at least two observers but then quickly lost - although I and others just couldn't get onto it - unconfirmed, but possibly a lingering Balearic? Otherwise still fairly devoid of excitement on the Peninsula at the moment...

1630-1800hrs:  SW 4-5  (Obs: SH)
Gannet 23 os, 1E, 2W
Fulmar 1
Common Scoter - 1E
Common Tern - 3os,6W
Arctic Tern - 1W
Sandwich Tern - 5W
Medmerry was difficult to access this morning. I failed to get through the caravan site, being stopped by security to advise the internal roads were closed due to a beach party event!  Sure enough the roads were closed! I later met John Dodd and a mud-covered Dave Sneller; seems they got access the long way round walking across the fields from the Visitor centre only to get caught in a heavy shower. In the newly dug channels they located 2 Wood Sandpipers and 4 Green Sandpipers, before DS slipped and took a mud bath! Additional info from CRJ who obviously did better than me, with 52 Dunlin, 1 Sanderling, 1 Green Sandpiper, 2 Common Sandpiper, 4 Little Ringed Plovers, 50 Linnet, a Wheatear, a Buzzard and 5 Meadow Pipits. Not to be outdone, AH also visited the site, from the Ham Farm end; he logged most of the aforementioned waders, but also 12 Wheatears (6 by the new Ham farm bank and 6 on the beach), a Corn Bunting, 3 Skylarks and the family party of Mipits. 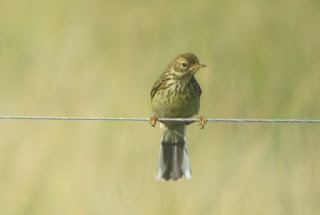 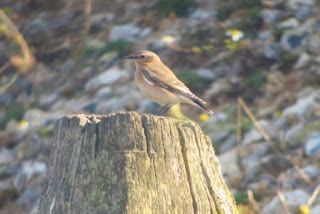 Pagham Hbr; so far about a dozen Black-tailed Godwits and 17 Dunlin reported on the Ferry Pool. Also SH did a pm walk to Church Norton which produced 2 Peregrines, 6 Swifts, 2 Wheatears and a Redstart at the Severals.

Chi G. Pits: Ivy Lake: There were 6 Common Terns on Ivy Lake and the adjoining pits, two of which were juv's pursuing adults. Not much else other than a few Willow Warblers and small numbers of Swallows and House Martins. (Note that Ivy and Triangle Lakes are currently closed due to blue-green algae, though it doesn't really affect birding). (OM).

I was just packing up the car to go to the Bill when I got a text from Sam about a Balearic at 0720. After a torturous journey behind a tractor I finally got there about 0820. Lucky me (jammy Janman) I picked up an all-dark small shearwater coming west c750m offshore, another (or the same Balearic), the earlier one had gone down on the sea. (CRJ)  Also after others had left I had:
0900-1000hrs
Gannet - 8E, 15W
Fulmar - 2W
Common Scoter - 15E
C/A Tern - 3E
Sandwich Tern - 2E


Pagham Hbr: Sidlesham Ferry Pool: first thing this morning there were 2 Green Sandpipers, 4 Common Sandpipers, 5 Little Ringed Plovers, 5 Black-tailed Godwits, 4 Redshank and 40 Lapwing, though it had thinned out somewhat by midday, when there was a Buzzard and several Stock Doves.  Church Norton: 3 Peregrines (adult and 2 juveniles spread around the harbour), 2 Whimbrel, at least 100 Ringed Plovers and 20+ Dunlin were present. A few Sand Martins were about and 3 Sandwich Terns went west along the beach, but the only passage passerines were a couple of Willow Warblers and Whitethroats (AH). 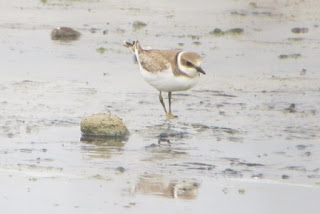 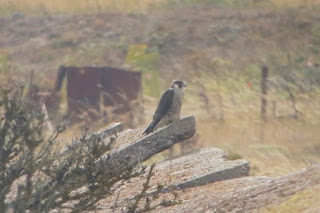