Sunday, 25th August: It appears that yesterday's gloomy report was somewhat short of the mark by the end of the day, with later reports received (today) which included 9 Common Sandpipers, 13 Yellow-legged Gulls, a Wood Sandpiper (on the Ferry),  a Pied Flycatcher (Church Norton) and an Osprey over the harbour. Today's highlight so far is a report (1300hrs) of a WRYNECK in the horse field at Church Norton. Other news....


The WRYNECK was showing very well on and off at Church Norton this afternoon. At one stage it was clinging to the side of a fencepost in true woodpecker fashion! Additional sightings include a Nuthatch at Halsey's Farm (a very scarce bird on the peninsular), ca. 20 Yellow Wagtails with the cattle at Sidlesham Ferry, two Spotted Flycatchers at Church Norton, ca. 60 Black-tailed Godwits and a juv Spotted Redshank on the Breech Pool and another Spotted Redshank and 3-4 adult Yellow-legged Gulls in White's Creek (Paul James/SOS website) 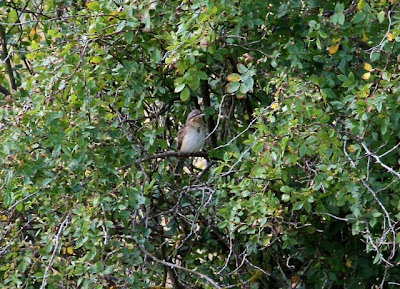 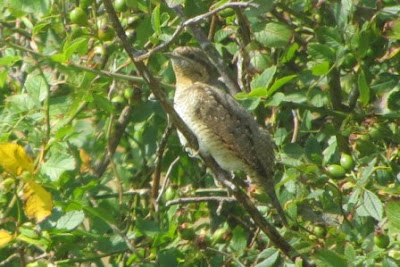 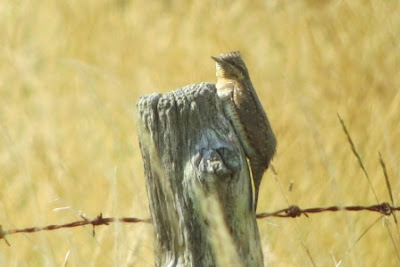 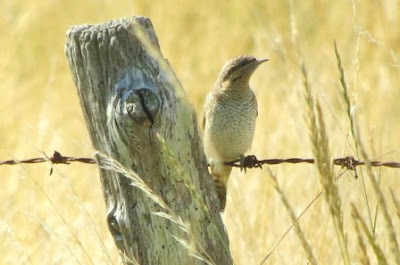 Wryneck at Church Norton: photos: Juliet Moore (top) and A. House (others)

Medmerry: This evening - generally pretty quiet, but highlights (all around the creek) were a juvenile Curlew Sandpiper in with about 8 Dunlin, 2 Greenshank, 1 Common Sandpiper & 40 Teal. Also 2 Wheatears on the new embankments (AH). 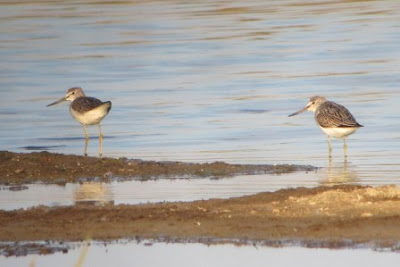 
_________________________
﻿
Saturday, 24th August: Thunderstorms and torrential showers this morning - surely no-one would be out birding? Wrong - an early report was received from a somewhat wet Sam Hill! It was then wet for much of the day but a few reports were received from the hardy few. Well done!


Pagham Hbr: Ferry Pool: As dire as usual - 1 Common Sandpiper, 4 Black-tailed Godwits, 20 Lapwing and 44 Teal. North Wall: Highlights in the drizzle were  - a female Marsh Harrier which cruised over eastwards, 2 Yellow Wagtails in with the ponies, the Spotted Redshank, a Greenshank and 3 Common Sandpipers  in White's Creek, another Common Sandpiper and a total of 60 Black-tailed Godwits on the Breech Pool, and plenty of freshly fledged Reed and Sedge Warblers in the reeds. Also, a Knot dropped into the Pool with a group of Black-tailed Godwits and had me and them puzzled for a moment; they clearly didn't like its presence though as they quickly shooed it away back into the harbour.
Chi GPs: Ivy Lake: 5 Common Tern, including 2 juveniles (AH). 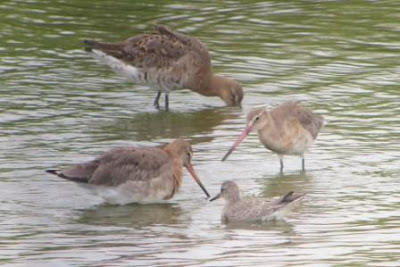 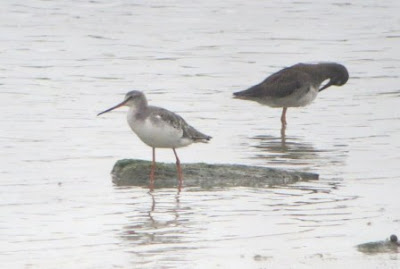 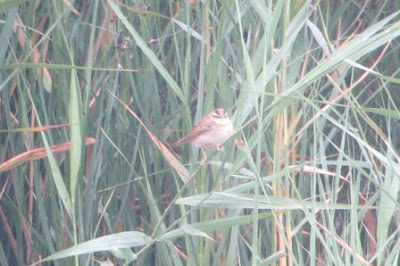 Friday, 23rd August: A big moon and a starlit night eventually gave way to a bright sunny morning with a fresh easterly; predictably coastal migrants were fairly thin on the ground... LATE NEWS of a Pied Flycatcher in Ads Bowley's garden in Birdham.


Pagham Hbr: Ferry Pool: Still just one Common Sandpiper, 12 Black-tailed Godwits and 40 Lapwing present. At least a dozen Yellow Wagtails around the cattle and 2 Wheatears on the back fence. Church Norton: Much the same as recent days - still at least 1 Tree Pipit, 2 Redstarts, 2-3 Spotted Flycatchers and a few Whitethroats and Lesser Whitethroats around the churchyard/hide area, and 3 Peregrines in the harbour, but generally quiet in the windy/sea misty conditions (AH). 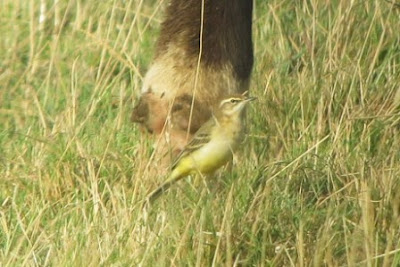 East side: Five or six summer-plumaged Grey Plovers in the harbour and about 40 Med Gulls, including one ringed in Belgium. On the Breech Pool, 42 Black-tailed Godwits, a Spotted Redshank, a Greenshank and a Common Sandpiper, also several Yellow Wagtails (per C. Barfield/SOS).


Nice little find in the garden (Birdham) this afternoon!! Saw an 1st yr male Pied Fly perch up on the garden fence at c1745 and watched it feeding in my neighbour's veg patch and up in the surrounding oaks. Seeing as it was fairly faithful to this patch I phoned Andy House and after a quick U-turn he was at my place and thankfully after a bit of hide-and-seek the bird showed well again for c5mins before disappearing into one of the poplars, presumably to roost. Cool year tick!  (AB)         Very nice Ad's - I'm envious! (OM) 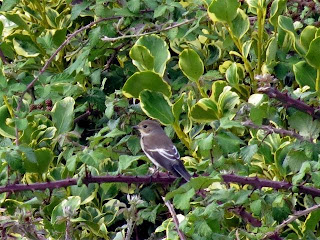 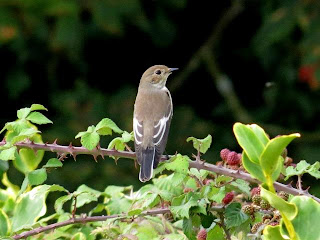 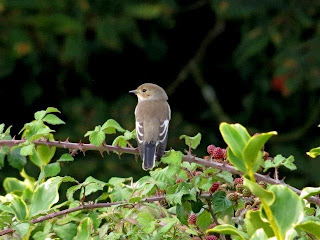