Friday, 22nd November: Cold again with cloud and a chilly north-easterly. A few bits and pieces around though the strong biting wind did not make watching easy. 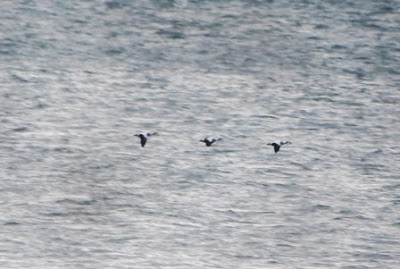 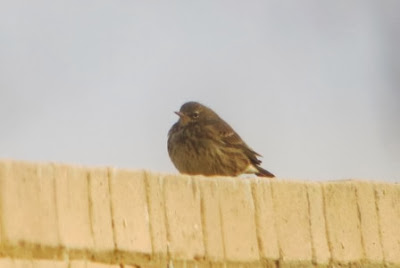 East Head/West Wittering: The Worthing boys (BFF/DIS/DM) visited the Head to find the wind penetrating enough to spoil their birding, but logged 2 wintering Sandwich Terns and about 25 R/b Mergansers in the channel. Nearby West Wittering / Snowhill marsh held 300 Golden Plover, 3 Spotted Redshanks, a Jack Snipe, 2 Water Rails and a Firecrest. Moving on to Pagham Hbr - Church Norton they arrived to find the car park shut due to a fallen tree. Once they began birding it turned into a Firecrest day, with 2 birds near the Severals and another 4 in the area around the benches/Hide. Offshore there were 14 Slavonian Grebes, 2 Great Crested Grebes, 2 Velvet Scoter and 5 R/b Mergansers (BFF/DIS/DM).
Thursday, 21st November: Cool, dull and cloudy again, now with a brisk, cold north-easterly. Unsurprisingly, not a great deal to report so far...
Pagham Hbr: I walked the North Wall at twilight yesterday. Nothing very exciting, around 60 Jackdaws going to roost in Owl Copse and 120 Starlings roosting in the reeds at the Breech Pool. This morning (21st) it was very noticeable that water levels in the Breech Pool had dropped considerably overnight, the eastern end was just open mud. Waders appeared to approve as there were 126 Black-tailed Godwits and 21 Dunlin at the western end. In the flooded field north of the stables were around 800 Lapwing and 180 Golden Plover. Shortly after my visit something disturbed this group and they dispersed into the Harbour. Along Pagham Rife 13 Stock Doves and 6 Skylarks. Honer reservoir was quiet with just 4 Tufted Ducks and 2 Little Grebe. The mixed finch flock is still resident to the east of the reservoir. In the fields to the west of Honer Farm were 47 Curlew, 6 Black- tailed Godwits and 230 Wigeon (Jim Weston). Church Norton: Nothing to report really, a cold north-easterly was blowing across the harbour and I didn't linger long (AH).

Wednesday, 20th November: A cold, fairly miserable grey day, with rain most of the morning and early afternoon. I decided that it might be worth a sea-watch, but I didn't arrive at the Bill until 0940, where I found Andy House bravely keeping a lone vigil, doing his best to shelter from the wind and rain. To my surprise, Andy had been in situ for an hour and had seen a fair variety of species, so I togged up in full winter plumage and settled in for a decent watch. In the event Andy stayed for another  hour; there was nothing special (4 Avocets and 3 Goldeneye about the best), but just enough moving to keep our interest alive - and we eventually covered five hours between us! 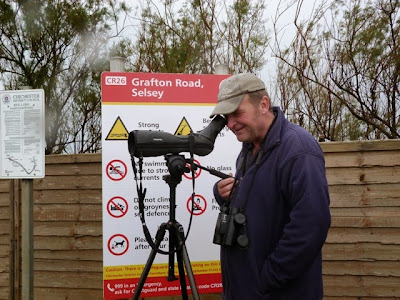 Pagham Hbr: Church Norton: The Spoonbill was still in the harbour this morning, but not much else out of the ordinary in a quick look. Around the churchyard - 8 Jays, 10+ Blackbirds, 2 Song Thrushes and 3+ Goldcrests (AH).
At least one Twite with a flock of Linnets at the very end of Church Norton spit. On the sea this morning 7 Eider, 1 Shag heading east, 17 Common Scoter, 2 Velvet Scoter and 1 Slavonian Grebe (Ivan Lang). 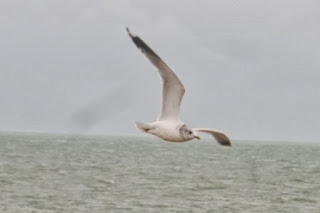 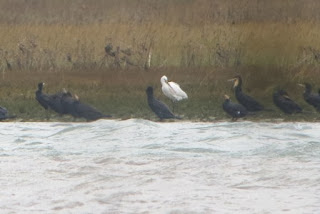 Common Gull off Selsey Bill and Spoonbill with Cormorants on Tern Island (A. House).