Wednesday, 26th February: Basically a fine sunny and dry day with a fresh WSW wind and a couple of brief showers around noon; not the most inspiring of conditions for a sea-watch and so it was no surprise to find nothing moving. I was joined for most of my 2-hr stay by a couple who regularly visit Dungeness (Liz and Paul Hunter); what a shame the Bill failed to deliver anything to impress the visitors!  (OM)

Medmerry: I paid a visit to the east side for the first time in a while to view the breach area, having first convinced the security guard at the Bunn's Leisure barrier that I had legitimate reason to be there. The area is just beginning to show the first signs of change, with  a slight 'saltmarshy feel' given a little imagination. but of course there's a long way to go. A couple of hundred Brent Geese were present and feeding, c.15 Ringed Plovers were zooming about, some in display, a small flock of Lapwing were loafing on the mud with 6 Shelduck, and 2 Med Gulls flew over calling, but otherwise there was little to report (OM). 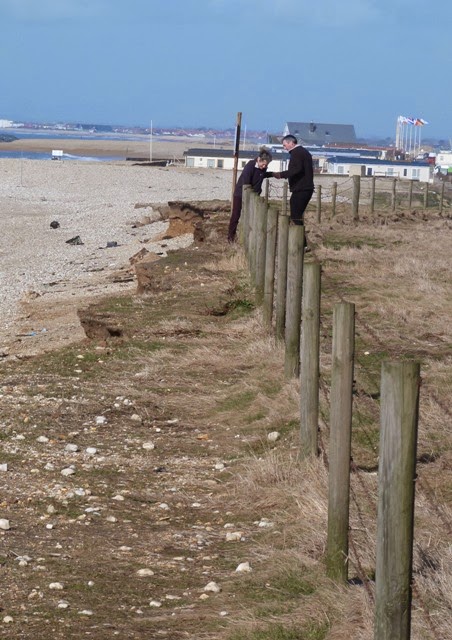 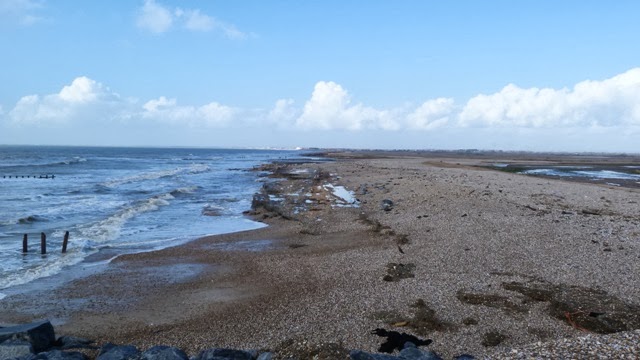 Images of Medmerry today: (upper) The footpath along the cliffs has now eroded in places right back to the fence line, (centre) looking west towards the breach, with the shingle embankment now gone, and (lower) view from Bunn's embankment showing a flock of Brent Geese and the first signs of a changing habitat (OM).


East Head: The Snow Bunting was still at the northern end this morning. Not much on the water - 1 Great Northern Diver, 4 Red-breasted Mergansers and 5 Great Crested Grebes, and in the dunes a Stonechat and plenty of Skylarks and Meadow Pipits. In Snowhill Creek there were 4 Snipe, a Kingfisher, 100+ Teal and a few Redshank, Dunlin and Grey Plover. (AH) 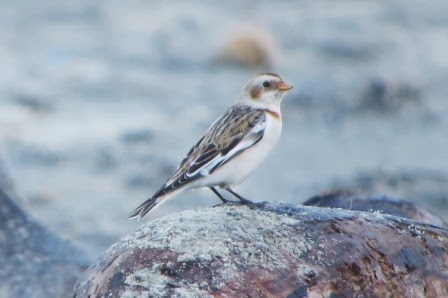 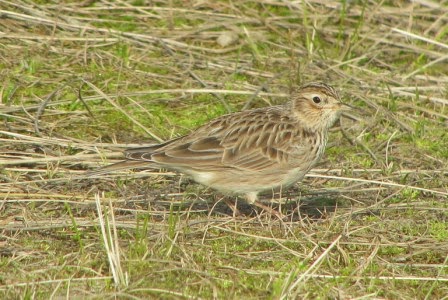 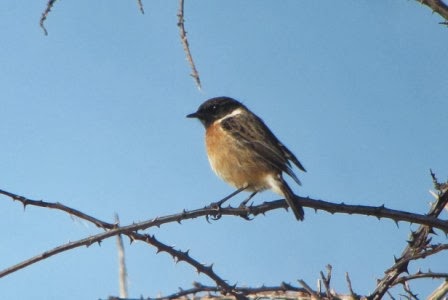 Pagham Hbr: A recently-deceased summer-plumaged adult Glaucous Gull was recovered from Tern island this afternoon (our second this winter), whilst a Peregrine with a fresh kill was in the harbour near the west side Thrift Shelf (Trevor-Gibson-Poole).

Tuesday, 25th February: Cloudy and wet for much of the morning, becoming brighter with sunny periods later. Once again there was little to show for a couple of hours sea-watching at the Bill, but with spring now just around the corner it will hopefully not be too long before some movement starts to occur. 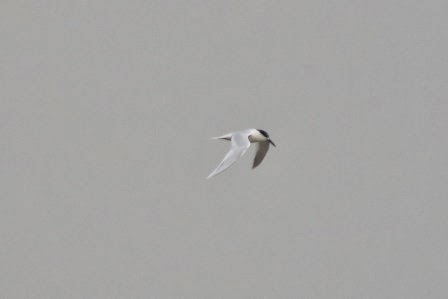 Sandwich Tern off the Bill (AH)


Medmerry Bank: A walk from Easton Lane to Ham Lane produced 1 Stonechat, 15 Yellowhammers, 4 Skylarks and 5 Stock Doves along with a flock of 20 Fieldfares in a small paddock near Oakhurst Farm.(AH)


Sarah Russell did that same walk to Ham Lane this morning...'it links up with the path I've been taking from Golf Links Lane which is handy.  All I can add is a Reed Bunting, Kestrel and a Buzzard.  I then retraced my steps and walked along the banks to the sea at Bracklesham: 1 Pied Wagtail, 5 Skylarks, 1 Stonechat, 1 Stock Dove, 1 Little Egret, 11 Tufted Ducks, 29 Shelducks, 69 Teal, 2 Canada Geese, 1 Buzzard, 1 Kestrel.' (SR). 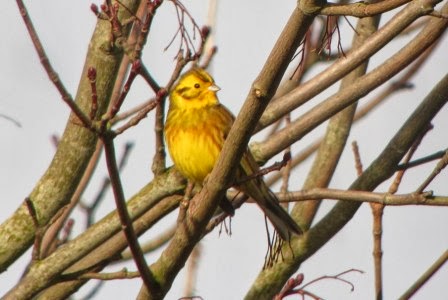 
Bernie Forbes and Dave Smith didn't have a very good day..."Our big mistake this morning was going to East Head; it was howling a strong southerly and for the first hour heavy rain! Few birds noted in the rough seas with only 3 Slavonian Grebe and 2 Sandwich Terns being the highlights. At Dell Quay 380 Black-tailed Godwits, 2 Greenshank and 5 Goldeneye. We then left the Peninsula to try inland!" (BFF/DIS). Better luck next time guys.


Pagham Hbr: Church Norton: A walk along the west side produced 5 Avocets, 3 Red-breasted Mergansers and a Great Crested Grebe in the main channel, 300 Knot and 100 Grey Plover on the mudflats, and a Kestrel, 2 Linnets and 6 Red-legged Partridges on the landward side. (AH) 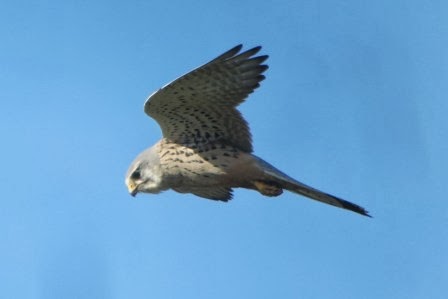 North Wall: Almost felt and looked like Spring. Primroses are out, Peacock butterfly on the wing, Buzzards and Stock Doves displaying and Cetti's Warblers calling. 210 Wigeon along White's Creek. Brent Geese were leaving the Harbour and dropping in on Church Barton reservoir for a morning bath; estimated 1600 birds in all, 1100 in the flooded field north of the stables and 500 in front of Honer Farm.. Otherwise the fields were quiet, a total of 128 Curlew and 29 Coot floating around on Honer field. The aforementioned buzzards were in the vicinity of Halsey's Farm and the doves were at Honer Farm. (JW).

Sidlesham: Our garden on the west side of the village seems to be a boundary between two Buzzard territories and this morning there was much activity and noise between all four birds. (AH) 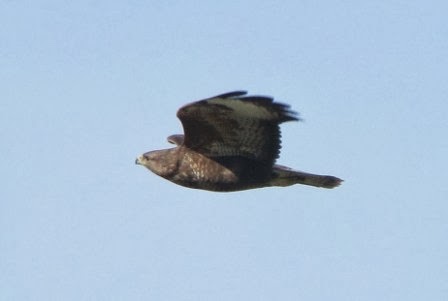 Buzzard over Sidlesham (AH)
Posted by Andrew House at 12:27