Friday, 28th February: Another bright and breezy day with the promise of more rain. Highlight was a brief (and long overdue this winter!) Iceland Gull on the Lagoon.
Ferry Pool: A male Ruff was present first thing this morning, along with the usual 70+ Shoveler, 60+ Shelduck and 100+ Lapwing. (AH) 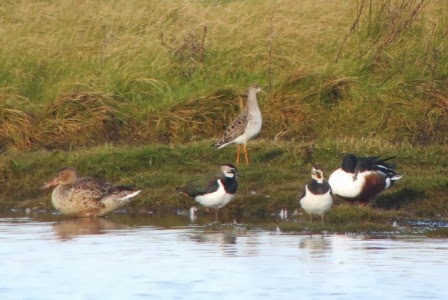 Ruff on the Ferry (AH)

Pagham Lagoon: The putative Siberian Chiffchaff was present again this morning, though CRJ was not fully convinced by its credentials. It needs a bit of tape-luring if anyone has the technology.(AH)
A first-winter Iceland Gull was briefly on the Lagoon - found this morning just before 10 am, it settled on the water for about 15 minutes but something spooked all the gulls and it flew of with them to the west. (Bart Ives) 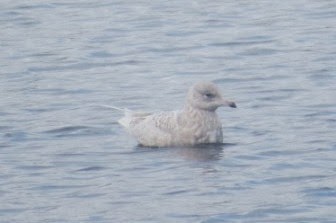 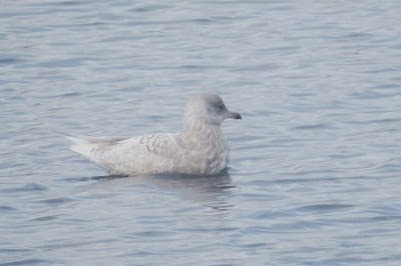 Church Norton: In the harbour the 2 Whooper Swans were off the North Wall (well spotted CRJ!), and the 5 Avocets were off the Long Pool, whilst the Peregrine was back on his island and 4 tred-breasted Mergansers were on the water..
There were no birds at all offshore, whilst along the spit a few Skylarks were singing and a pair of Red-Legged Partridge looked somewhat out of place.
A big mixed group of Knot, Dunlin and Grey Plover were constantly trying to find a bit of dry land around the old harbour mouth on the big high tide, and one of the Knot fell off the metalwork and in the water and was unable to take off. Fortunately it managed to flap and swim its way back to the shore just as the gulls started to take note. (AH) 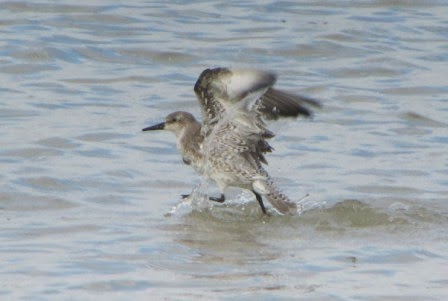 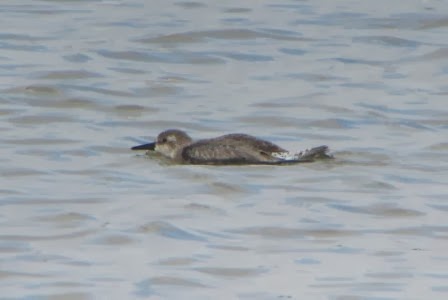 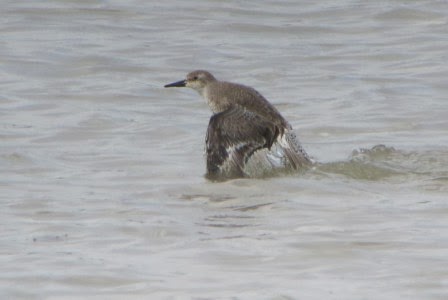 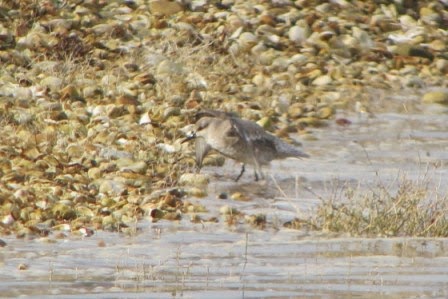 Thursday, 27th February: A bright breezy start to the day, before deteriorating into heavy showers. The Whooper Swans were back on the 'South Mundham Floods' and there was a pale and interesting Chiffchaff on the Lagoon.....


Pagham Spit/Lagoon: A strikingly very pale and grey-toned (but silent!) Chiffchaff was in the gorse along the Lagoon this morning, along with half a dozen Linnets. On appearance it would seem to be a potential candidate for a Siberian Chiffchaff, though its reluctance to break its vow of silence doesn't help in confirming it. The combination of pale/greyish upperpart and underpart tones, no yellow on face, but greenish yellow tones to remiges visible on closed wing, dark legs etc all look very supportive, but it would certainly help to hear it calling.
On the Lagoon itself were 3 duck Goldeneye and a drake Merganser as well as at least 50 Tufted Ducks and 4 Mediterranean Gulls.
Little to report from the spit save a few more Linnets around the small lagoon, and there were still plenty of Brent Geese in the harbour. (AH) 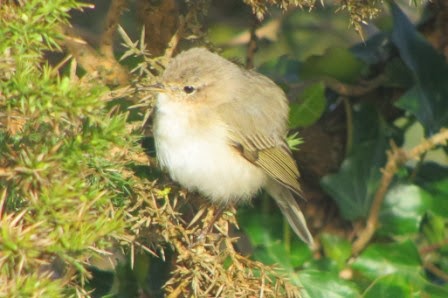 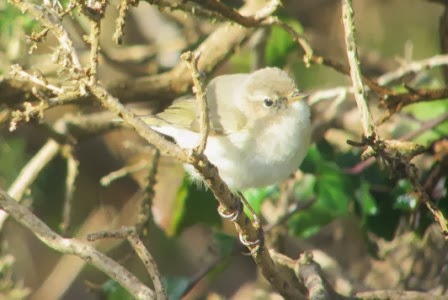 South Mundham Floods: The two Whooper Swans were back in residence this morning, on the big flooded field to the west of the one viewable from the road. Also on the floods were 4 Pintail, 9 Shelduck and 80 Teal, but no waders of any species. Along the rife and hedgerows were 2 Stonechats, 4 Yellowhammers, 2 Reed Buntings, 6 Linnets, 4 Skylarks, 10 Meadow Pipits, a calling Cetti's Warbler and 2 Grey Herons. (AH) 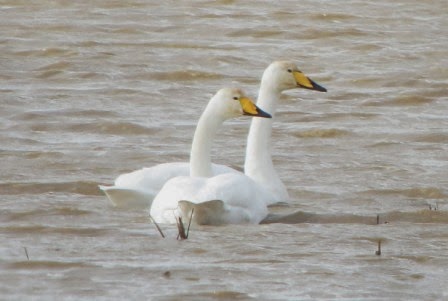 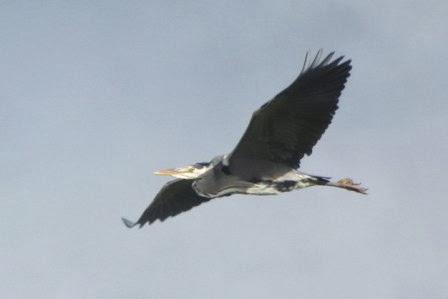