Sunday, 29th March: Strong WSW winds gusting to gale force with some showers at times, but certainly nowhere near as much rain as forecast. March is always unpredictable of course, but as we near the month's end it would be fair to say it certainly hasn't been a classic this year! At risk of sounding unduly negative, it does seem that visible passage numbers have been particularly low thus far, with some species like Common Scoter barely getting on the scoresheet most days... and not a single Velvet Scoter yet! Every spring has its disappointments and pleasant surprises; the latter is surely overdue! (OM)
Selsey Bill (06.45 - 09.45hrs): Cloudy, blustery, wind WSW6-8 (Obs: (SH/JA/IP/AH)
Great Northern Diver - 2os
Great Crested Grebe - 1E, 8W
Fulmar - 7W
Gannet - 9E, 8W
Brent Goose - 44E
Eider - 1W
Common Scoter - 3E, 13W, 7os
Red-breasted Merganser - 8E, 8W, 6os
Auk sp - 1W
Sandwich Tern - 1E, 1W
Mediterranean Gull - 2E
Pied Wagtail - 1 p
also Common Seal - 1os 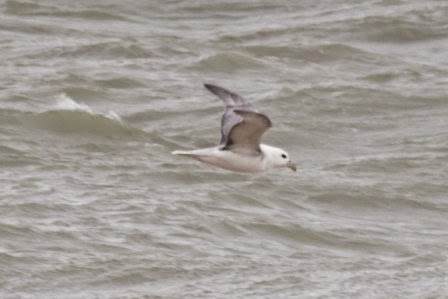 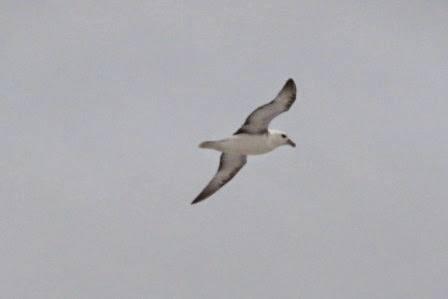 Fulmar (above) & Gannet off the Bill (AH) 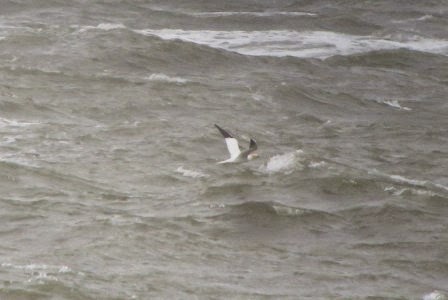 Church Norton: Around 200 Black-tailed Godwits were feeding on the dropping tide with plenty of the regular waders, and a pair of Red-breasted Mergansers were in the harbour, but otherwise it was slim pickings in the dismal weather. (AH)
Only the the male Grey Partridge was visible at the rear of the orchard today. Nine Meadow Pipits flew in off the sea and at least six Chiffchaffs were around. There were also similar numbers of Reed Buntings in the second Several and a pair of Red-breasted Mergansers offshore. (S&SaH) 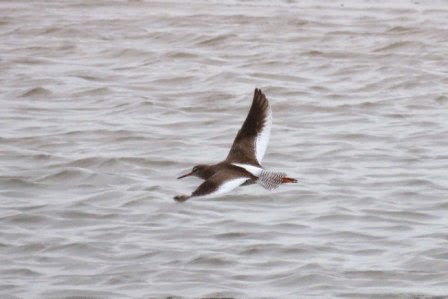 Both Grey Partridges were in the same spot late this afternoon, but as we walked back along the beach later they flew into the gorse bushes on the shingle opposite the first Severals.
Bird of the day for us was a female Bullfinch beside the Severals in the place a pair were seen last year. There were at least 10 Chiffchaff along the path as well. In the harbour a Sandwich Tern was roosting with several Black-headed Gulls, and a Red-breasted Merganser was feeding in the channel.
Also, a male Wheatear appeared along the fence-line on the spit - presumably this it was newly-arrived today. (S&SaH) 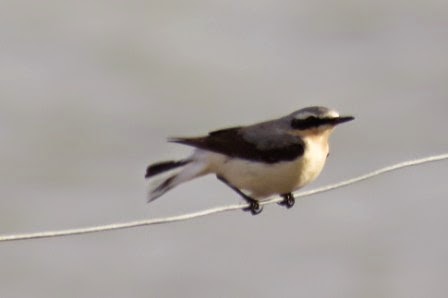 Ferry Pool: A big flock of Black-tailed Godwits (presumably those from the harbour) dropped in at the back, and there were 11 Avocets along the edges, plus the usual Lapwings and Shovelers, but there appear to be only about 40 Wigeon left. (AH) 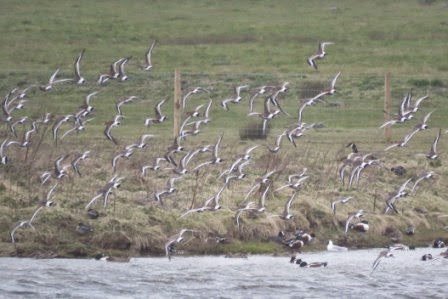 Black-tailed Godwits over the Ferry (AH) 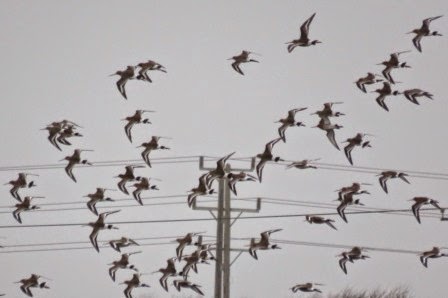 Saturday, 28th March: An overcast and damp murky morning, with a fresh W/SW wind and an increasing chance of rain and stronger winds later....with an afternoon sea-watch producing the first Manxies of the season! 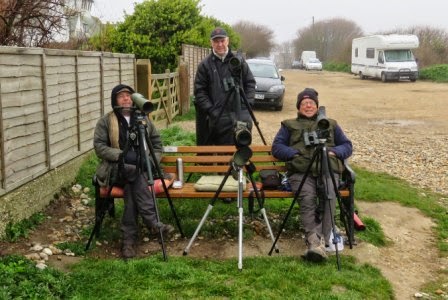 Selsey stalwarts, Justin Atkinson, Ian Pitts and Paul Bowley enjoying the spring weather (above) and a view into the murk at the Bill (SH) 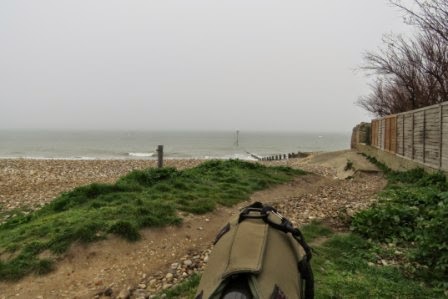 Church Norton: The pair of Grey Partridges were in the field behind the orchard at Greenlease Farm this morning. There were quite a few Chiffchaffs still around, plus a Blackcap, but not much of note in the harbour, bar a Red-breasted Merganser, the leucistic Curlew and a dozen Black-tailed Godwits. It was noticeable, too, that there were very few wildfowl left in the harbour. (S&SaH/AH) 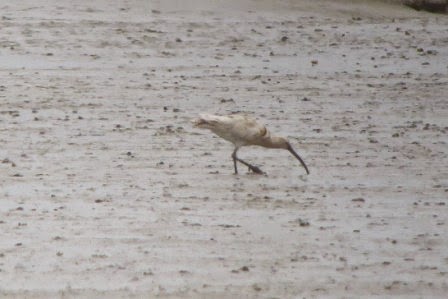 Long Pool/Ferry Channel: The regular Spotted Redshank was feeding right down by the road end this morning, before returning to its more usual haunt at the far end. There was little else in the channel bar a few Redshank and a single Teal, whilst along the hedges there were at least half a dozen Chiffchaffs, a couple of Reed Buntings and a Meadow Pipit, a couple of singing Skylarks, and up to ten Linnets which were only present early on. (AH) 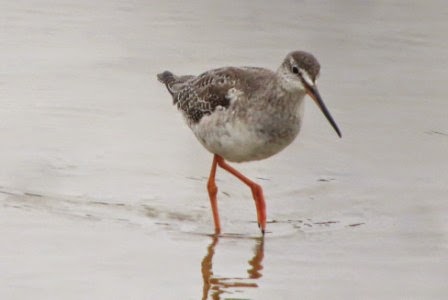 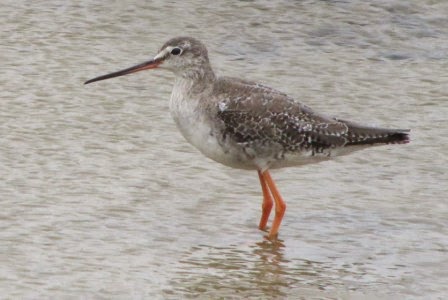 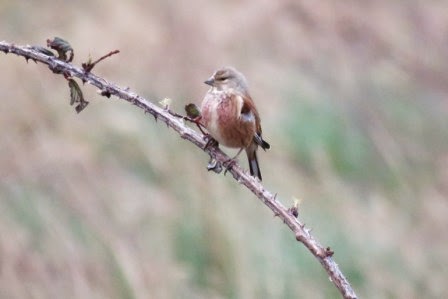 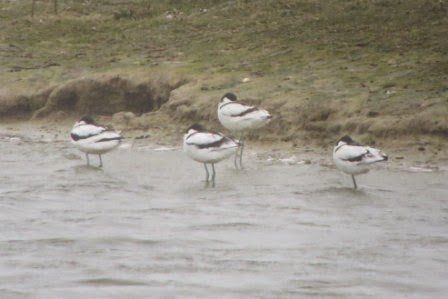 Avocets on the Ferry (AH)
Posted by Birderowen at 07:57