Tuesday, 31st March: More like winter than spring, with a howling, cold north-westerly gusting to gale force, heavy cloud with brighter interludes and the risk of heavy showers - not the most enticing of conditions then for birds and birders alike...!

Selsey Bill (0700-0900hrs): Cloud/sun, WNW6-7 (Obs: CRJ/GH/AH)  About as promising as one might expect in the conditions - almost nothing moving, but still two or three Great Northern Divers, a Slavonian Grebe and the flock of Common Scoter offshore, and, in Bill terms at least, the rarest bird of the day was a Canada Goose west! Full log below... (CRJ/GH/AH) 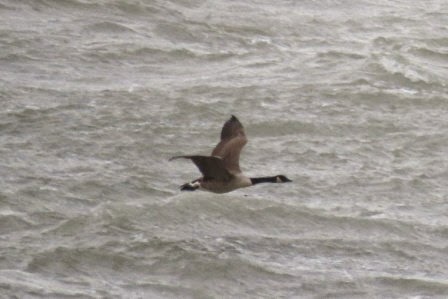 Canada Goose past the Bill (AH)


Chichester GPs: Ivy Lake - The unreasonably elusive female Red-crested Pochard put in an appearance at the back of Ivy Lake this afternoon - its first sighting in well over a month. Also, there were three Sand Martins over the lake. (AB)

Church Norton: A Sandwich Tern was roosting near Tern Island, a pair of Pintail were in the harbour and a Red-breasted Merganser was offshore, but otherwise it was the usual Grey Plovers and Curlews, plus a few Black-tailed Godwits around the mud, plus a few Chiffchaffs along the hedges. (AH/CRJ) 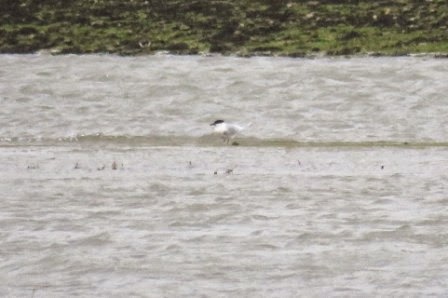 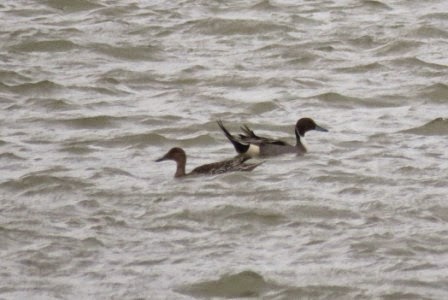 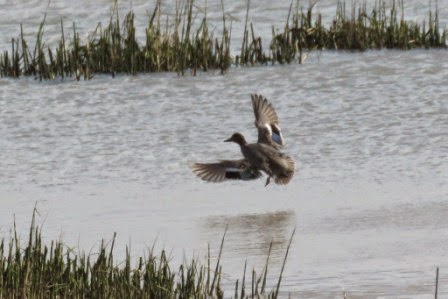 Ferry Pool: There were eight Avocets this morning, plus a dozen Lapwing, 40 Shoveler and 20 Wigeon. (AH)

Monday, 30th March: The month is determined to go out on a low note - still a cold WNW wind and little change on the bird front, though at least there was a bit of sunshine this morning..... And, at last, the first Swallows and Sand Martin this afternoon.... 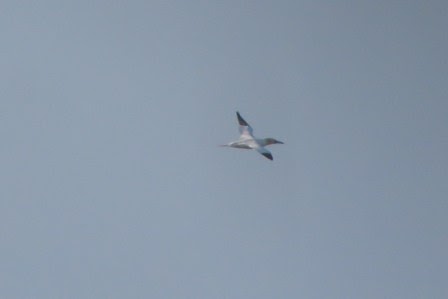 Gannet past the Bill (AH)


Chichester GPs: Ivy Lake - This afternoon there was a Sand Martin and two Swallows up at the very back of the lake. (AB) At around 6pm the two Swallows were feeding low over the water. (AH) 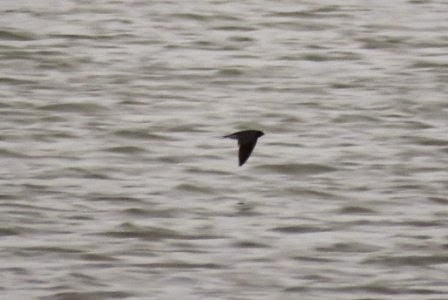 North Wall: Very breezy along the Wall! On White's Creek two Red-breasted Merganser males were energetically displaying to three females, and a single Great Crested Grebe was at the same location.
On the Breach Pool were six species of duck - Mallard, Teal, Tufted Duck, Pintail, Wigeon and Shoveler accompanied by ten Mute Swans. A flock of 260 Black-tailed Godwits flew, in but later re-located to the harbour. There were three calling Cetti's Warblers along the Wall, at Owl Water there were six displaying Shelduck and close up to the Bremere sluice was a female Red-breasted Merganser and a Spotted Redshank, whilst in and around Owl Copse there were six Little Egrets. (JDW) 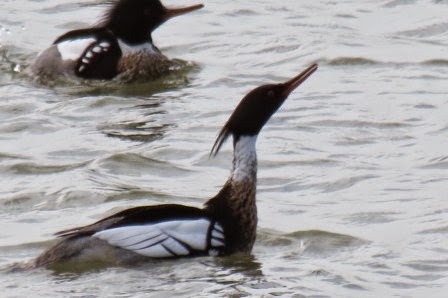 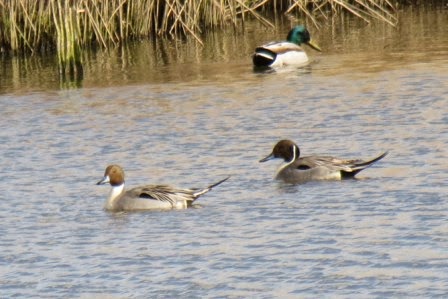 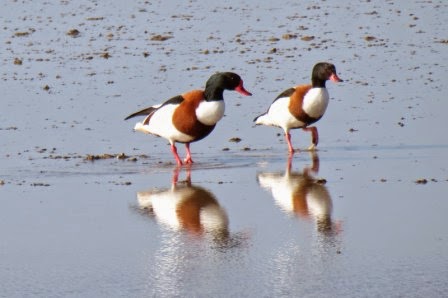 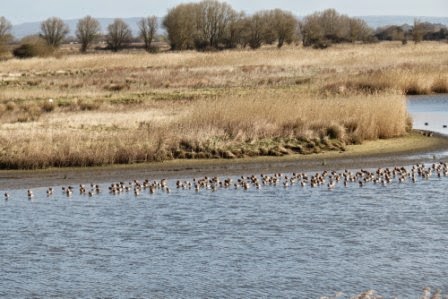 Church Norton: Very little in the harbour, with about half a dozen Brent Geese and Wigeon, though there were still 40+ Teal and a drake Red-breasted Merganser. Offshore there was a solitary Eider - presumably anti-social Ada! - and a Great Crested Grebe, but the only migrants on show were Chiffchaffs, with a dozen or more from the hide to the second Several. A couple of Cetti's Warblers and a Reed Buntings were at the latter location and a couple of Meadow Pipits were in the horse field, but that was about it. (AH)
This evening the pair of Grey Partridges were sheltering on the beach beyond the first houses. (S&SaH) 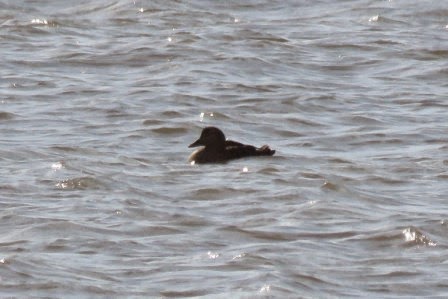 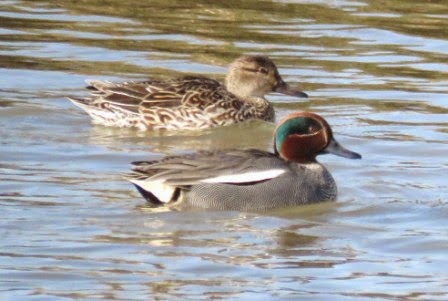 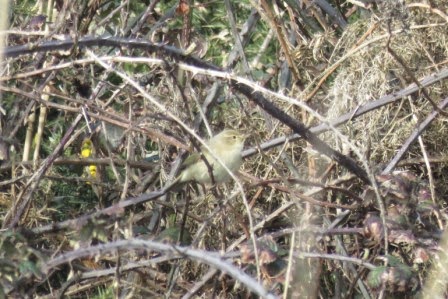 Ferry Pool: Ten Avocets were on the Pool this morning, along with 20+ Redshank and 40+ Shoveler, but barely double figures of Wigeon remain. (AH)


Chichester Marina: Nothing unusual on the marsh this morning, but amongst the routine fare were 6 Lapwing (paired), 10 Teal, a pair of Gadwall, 2 Canada Geese and a pair of Shelduck. In the reedbeds at least two Water Rails were going for it and calling repeatedly, with an adjacent Cetti's Warbler also adding to the volume, whilst a Reed Bunting was puny by comparison and a nearby pair of Goldfinches were carrying nesting material. In the channel at least 50 Brent Geese were lingering, a pair of Red-breasted Mergansers were displaying and about 20 Black-tailed Godwits were feeding (OM).
Birdham Pool: Little of note, the best being a pair of Gadwall, 6 Tufted Duck and 4 Little Grebes (OM).
Posted by Andrew House at 11:56