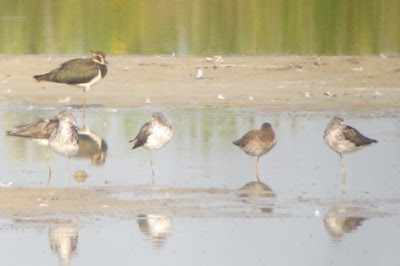 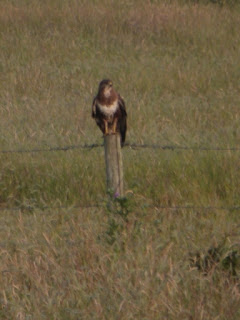 Buzzard on the Ferry 17/7/13 (Sarah Russell)
Church Norton: At least 30 Sandwich Terns and 10 Common Terns in the harbour, plus 1 Common Sandpiper, 15 Little Egrets, 30 Dunlin and 20 Curlews. 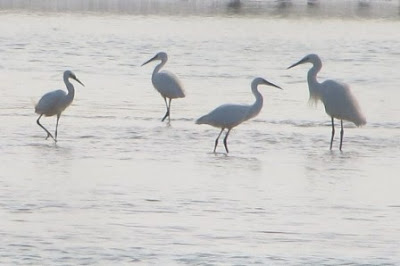 Honer Lane: late afternoon, 3 Yellowhammer, what appeared to be a albinistic Wood Pigeon and 2 Common Sandpipers on the reservoir. (CRJ)


Another scorching hot July day, when bird-watchers are in as short supply as the birds! 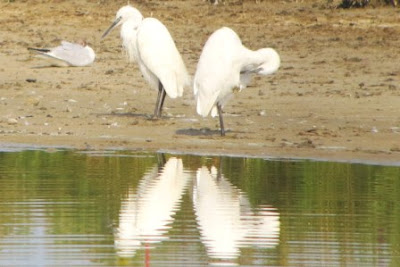 Little Egrets on the Ferry 16/7/13 (AH)
North Wall: 6 Black-Tailed Godwits, 1 Snipe, 15 Lapwing and about 20 Teal this morning. A few Sand Martins over and the odd snatch of Reed or Sedge Warbler song. 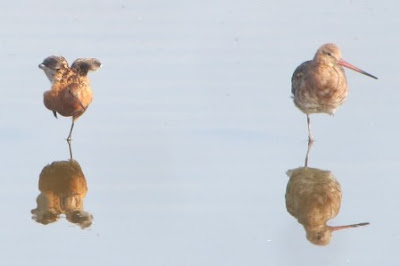 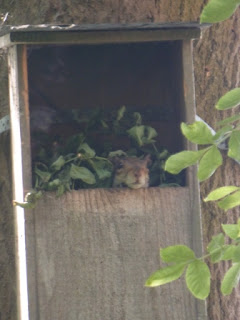 Grey Squirrel in Owl box at Halsey's Farm (pic: Sarah Russell)
Quite a number of young whitethroats about, I came across two family groups today. Also the Reed and Sedge Warblers still seem to be vocal and active as are Reed Buntings and Cetti's Warblers. Grey Herons along with Little Egrets made their presence known in owl copse. Walking across the fields I came across the Turtle Dove near the gate and managed a digiscoped picture before being almost licked to death by a young and curious cow. 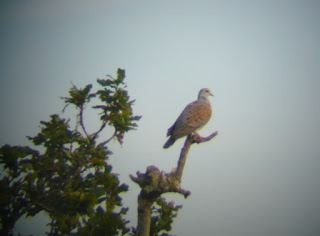 Ferry Pool: Sarah Russell was at the Ferry bright and early and reported 3 Greenshank, 2 Common Sandpiper, 1 Little Ringed Plover, 3 Little Egret, 12 Lapwing, 2 Moorhen, 25 Black-Headed Gull (including 4 juveniles), all being watched over by a Buzzard.
I had a quick look at 9.30 and not much had changed! 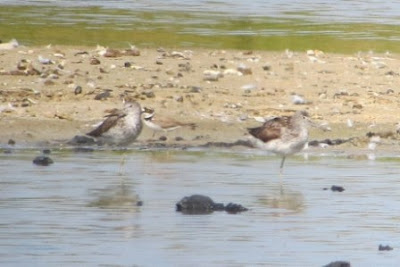 Two of the Greenshank & the Little Ringed Plover just about viewable through the heat haze on the Ferry 15/7/13 (AH)
North Wall: Jim Weston reports a reeling Grasshopper Warbler early this morning, near to where one was singing last year at the same late date. Also a Greenshank, 2 Snipe & 6 Black-Tailed Godwit on the Breach Pool.
Honer Farm: 3 Common Sandpiper and 4 Black-headed Gull, 1 a juv, on the Honer Lane reservoir this evening. Also a Common Buzzard in adjacent field and 3 Yellowhammer males singing down the lane (CRJ).﻿
﻿

Another hot summer's day, with people outnumbering birds on the peninsula!

Church Norton: Dick Senior & Alan Ford saw a fleeting Tree-Creeper in the churchyard. Unusual at any time of year at Pagham, summer records are very few and far between.
This evening up to a dozen Little Egrets including several fresh juveniles, 30 Dunlin and 20 Curlews ere the best I could find. 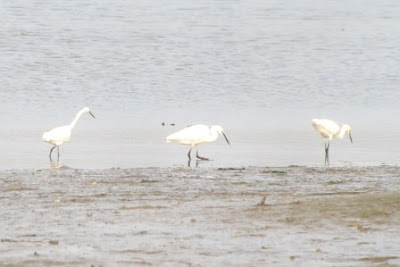 
Ferry Pool: Almost devoid of birds after the recent activity - just what looked like a summer-plumaged Bar-Tailed Godwit tucked behind half a dozen Black-Headed Gulls and a single Moorhen was the total.(AH)
Posted by Andrew House at 12:22