Sunday, 7th July:  Continuing hot and sunny with a light southerly breeze; it seems a long time since proper summer weather was upon us, yet autumn migration is clearly underway as can be gathered from yesterday's records. Most of the birding effort seems to be concentrated around Pagham Harbour at  present, perhaps for obvious reasons during the summer doldrums, but ignore the sea at your peril and it must be worth the odd hour here and there - come on you locals!

SELSEY: SH/SaH did their walk around Park Farm, Selsey (towards Church Norton) this morning and logged 20+ Sand Martins, 20+ House Martins, 50+ Swallows, 20+ Whitethroats, 6 Great Spotted Woodpeckers and 4 Green Woodpeckers; plenty of these were newly fledged young. Evening update: a Hobby in the area but just 6 Swallows! 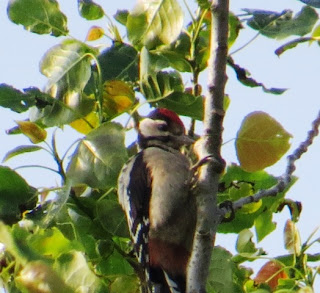 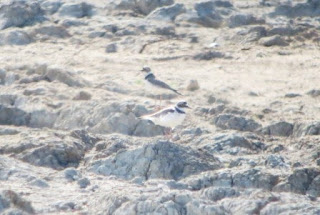 Saturday, 6th July: Warm and sunny again today, but it appears that return passage is already well underway with the first Sand Martins moving through in good numbers and a few other species on the move.

PENINSULA: At Church Norton early morning, SH logged 20+ Sand  Martins, 30+ Common Whitethroats, 2 Blackcaps and a Whimbrel.  C&ME & C&JM later reported 100 plus Sand Martins and 16 Little Terns from the spit, plus a juvenile Cuckoo at Yeoman's Field.
Ian Pitts reports that the Spoonbill was still in the harbour this morning, viewable from the West side. Along the North Wall Jim Weston reports a Greenshank, 4 Jays, several young Little Egrets on the wing and several family parties of Whitethroats - and far too many cyclists on the footpaths!


A general round-up report from Andy House: This morning, along the east side of the harbour - 1 Common Sandpiper in White's Creek and possibly another one further along, 1 Whimbrel, 40 Curlew, 1 Yellow-legged Gull, 1 Mediterranean Gull, 1 Lesser Black-back and 40 Great Black-backs, and a steady stream of Sand Martins overhead. At the southern end of the harbour, by the Lagoon, there were hundreds of Sand Martins - my guess a minimum of 4-500 swirling around and settling en masse in the salt-marsh vegetation. Also, the Scaup was reported on the Lagoon, but I did not look for it myself. 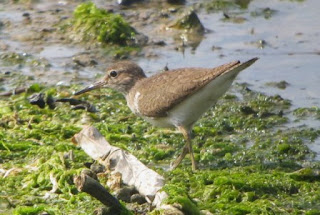 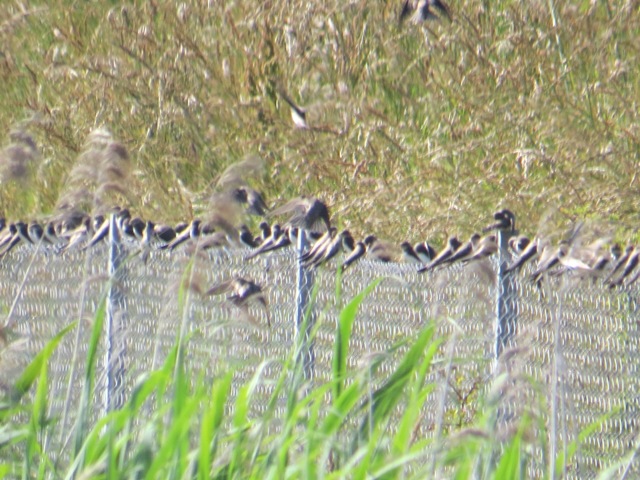 Friday, 5th July: Thanks again to Andy House for continuing the blog in my absence -  although he'll be getting plenty more practice as I'm away again soon - meanwhile could all those who forward their news copy me in (OM).

The Selsey Bill Migration Data page has now been updated to include a Summary of Spring 2013, together with tables showing other useful information, including first and average dates, etc. Many thanks to Justin Atkinson for his hard work and detailed compilations.

PENINSULA: Not much to report - on the Ferry Pool 1 Greenshank (see if you can spot it in pic), 25 Avocets and 5 Dunlin, along the Long Pool a few Reed & Sedge Warblers & Whitethroats, and at Church Norton a flyover Cuckoo, a dozen Sandwich Terns and a dozen Curlew (AH). 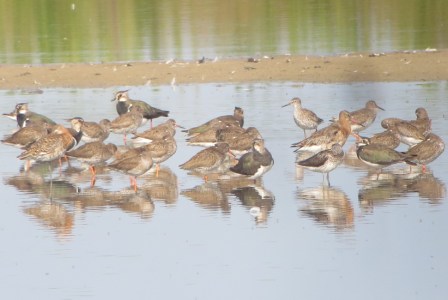 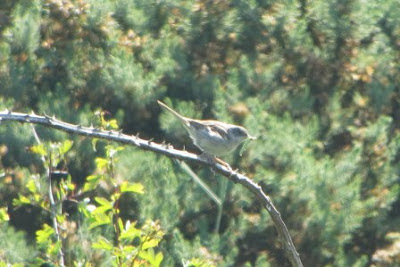