Wednesday, 10th July: Still hot and sunny, but with a bit more cloud and a welcome breeze NE 3-4. Slow on the bird front today, or perhaps less observers out and about, but either way few reports, until evening when a late report of a Roseate Tern on Tern Island was received.

PENINSULA: A walk from Halseys Farm to Breech Pool via the fields this morning by Sarah Russell produced 2 close Buzzards, a Blackcap, 3 Chiffchaffs, 3 Cetti's Warblers, singing Reed and Sedge Warblers, Skylarks, 5 Whitethroats, c25 each of House Martins and Swallows and a Turtle Dove calling from the top of a distant tree. Breech Pool held very little at first glance but hiding at the back almost obscured from view a group of waders including c4 Black-tailed Godwits, c6 Redshank, a Curlew, 1 Snipe and a Common Sandpiper.  Further along were 2 Tufted Ducks, a Shelduck with her 3 young, 11 Teal, 9 Lapwing, a Common Tern, and in amongst the female mallards one single female Shoveler, then another Common Sandpiper.  No Ruff today unfortunately. Also not to be ignored, the vast number of Meadow Brown butterflies, 3 Small Tortoiseshells, a Red Admiral and 4 Painted Ladies.
Jim Weston also reported what was presumably the same Turtle Dove, plus a Green Sandpiper on the pool. 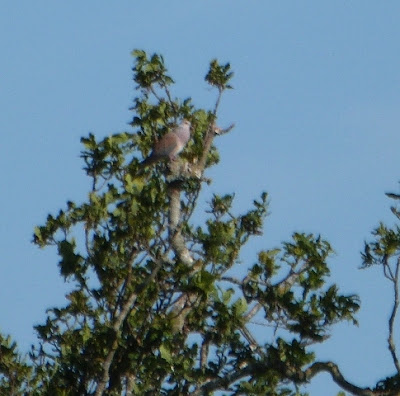 Tuesday, 9th July: The hot dry spell continues... as hopefully does work on the new steps. It doesn't look like I can get there today so I just hope the team will be able to cope! 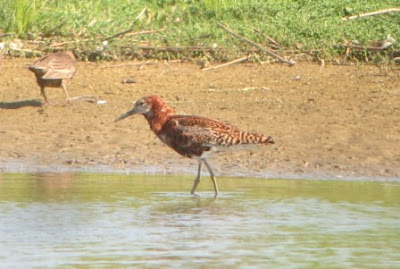 PENINSULA: North Wall/Breech Pool - a smart near-summer plumaged Ruff this morning was the highlight. Otherwise a Common Tern and a few Sedge and Reed Warblers was about it. At Pagham Lagoon - 200-300 Sand Martins gathering on the wires and a few Swifts overhead, but I couldn't find the Scaup (AH). 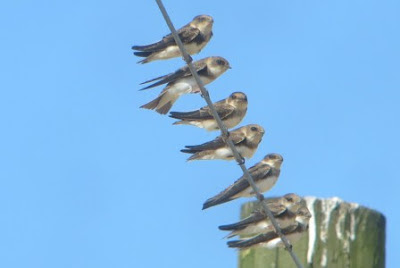 Sam Hill reports that on his evening walk from Selsey to Church Norton, 40 Sand Martins flew up from an exposed winkle bed and flew out to sea, whilst a flock of 23 Little Terns flew in from the east and started feeding offshore together.﻿

__________________________________________________
Monday, 8th July: I had a look around Pagham Harbour today - see below for details - but had a surprise early on when none other than Chris Janman appeared on the North Wall resplendent in cycle helmet and cool shades, complete with his new mountain bike. The rumours were true then! However, the main part of the day was spent repairing the steps that lead from the top path to the foreshore at Church Norton. Regular visitors will know that the old steps had become unstable and dangerous, so a new set is needed. A  fine group of volunteers was therefore assembled  (new RSPB types); Bernie Forbes and Dorian Mason were the foremen, assisted by Dave Sadler, John Dodd, Dave Sneller, Trevor Gibson-Poole...and me! OK, I wasn't actually allowed to use any tools, but they did promote me to 'gofer' and tea-boy. It turned out to be a long day with a few technical setbacks, meaning that several days will be needed to finish the project. All was going well for me as the rest of the team sweated and toiled, until I made a fatal error near the end of the afternoon by volunteering to fetch water to use for cementing in posts. To cut a long story short, our water source in the churchyard had now dried up, so I was forced to wade out on the mudflats on the receding tide for a bucket of muddy water - my boots and legs becoming caked in thick mud. Even that wasn't enough and we actually ended up using our drinking water and a bottle of squash to finish it. Ah, such professionalism, but the job is a long way from finished yet so please be patient for a few days. 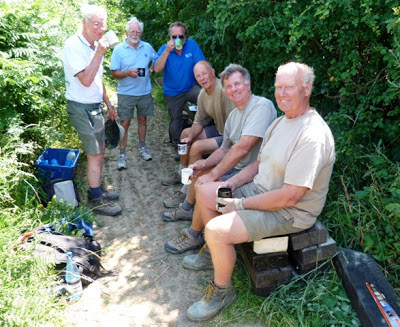 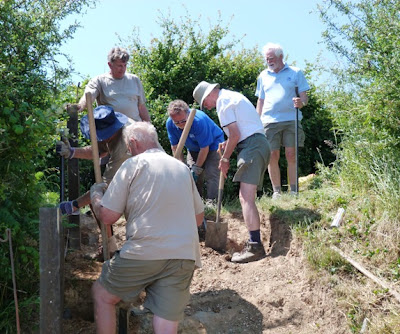 The team in action. I was dealing with important administrative tasks!
PENINSULA: At the Breech Pool / North Wall this morning, a Wigeon, 4 Teal, 3 Tufted Ducks, a Common Sandpiper, 18 Lapwing and a Common Tern, plus the usual Reed Warblers and a Cetti's Warbler. On the mudflats at least 4 adult Yellow-legged Gulls. Sidlesham Ferry Pool held 8 Avocets, 32 Black-tailed Godwits, 40 Redshank and 4 Teal. At Church Norton a Peregrine spooked the gulls and terns on Tern Island, plus a nearby Whimbrel, whilst 12 Sand Martins moved south. No sign of the recent Spoonbill. 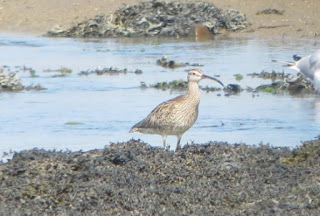 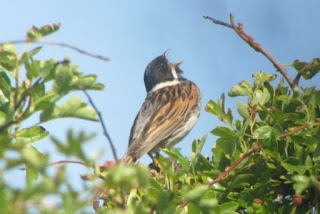 We urge everyone to follow the rules (as amended) issued by HM Government during this difficult time. Respect social distancing, when taking exercise periods at regular Peninsula birding sites. We will continue to provide limited information for the blog. It will be some time before normality returns; meanwhile please be understanding and co-operative. (Eds)

A bit of a change this time, featuring a 'Category C' naturalised species which, although now spread widely across the country, is actually still rather scarce on the Peninsula. A nice flight image, taken in late May. (photo: Chris Bishop)