Yet another hot day of many people and few birds......

Medmerry/Selsey Westfields: Predictably quiet - most of the water in the pools where the Avocets were has dried up now, though there were still 4 Dunlin feeding on the remnants. Also a young Meadow Pipit, 5 Skylark and 20 Linnets along the path, 4 Oystercatchers in the creek, 4 Curlew and 6 Turnstone west along the beach and a few Common and Sandwich Terns feeding/loafing offshore.

Also, to let people know, Bunn's have started charging £10 a car to drive through the caravan park until the end of August. (Luckily for me, my son works there, so in the next few weeks he'll be getting a few more lifts to work!) 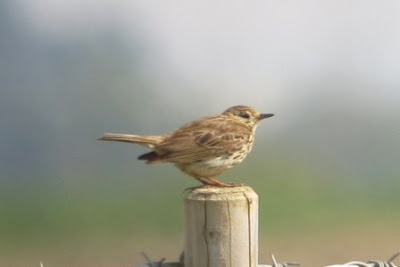 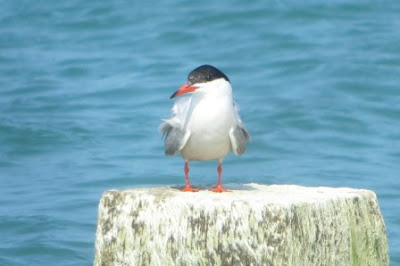 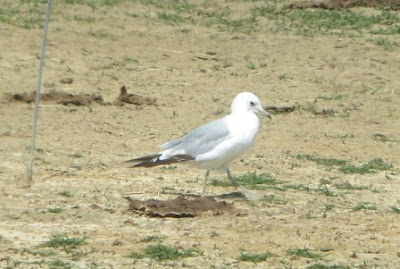 Church Norton: Bernie Forbes reports (via SOS) that a Yellow Wagtail and a flock of Crossbills were heard overhead as he completed the much-appreciated work on the new steps behind the churchyard.

Ferry Pool: 2 Common Sandpipers, 2 Redshank, 1 Lapwing, 4 Dunlin and a dozen Black-Headed Gulls was it this morning. 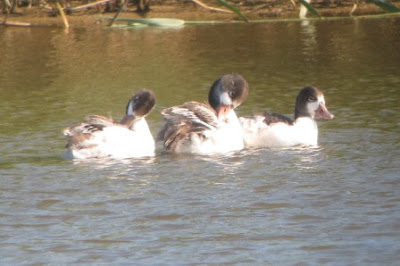 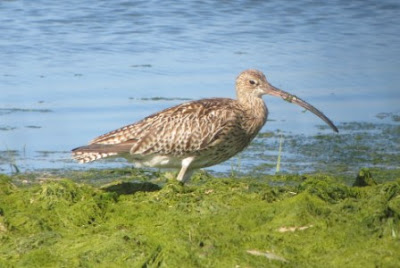 Another hot day, with birds in short supply.... 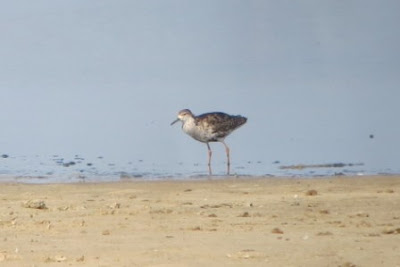 Male Ruff on the Ferry 18/7/13 (AH)
Breach Pool: 14 Black-Tailed Godwit, 1 Snipe, 2 Dunlin, 12 Lapwing and 20 Teal present. Also the mother Shelduck and her 3 remaining youngsters there, and a Whimbrel and 10 Curlew in the harbour. 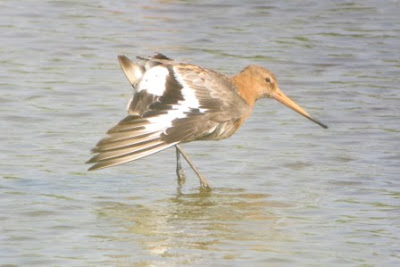 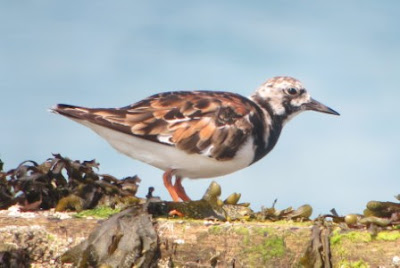