Tuesday, 15th October: A fine clear start with a light NW breeze, following a clear night, did not offer a great deal of promise for a passerine fall....and so it proved to be as it was obvious there had been a bit of a clear-out by morning.
Pagham Hbr: Despite (or because of?) the beautiful weather, a quiet morning around the Reserve. Church Norton: a few Goldcrests and Chiffchaffs around, plus one or two Skylarks and Meadow Pipits lingering rather than moving over, and 2 House Martins amongst about 20 Swallows. A good scan of a flat sea only produced 6 Great Crested Grebes. North Wall: At least 6 Snipe on the Breech Pool, along with 80 Black-tailed Godwits, a Shoveler, a Tufted Duck and 60 Teal, (including one doing a Garganey impersonation), and up to a dozen mobile Reed Buntings. Otherwise very quiet on the high tide (AH). 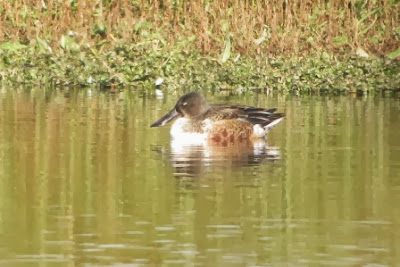 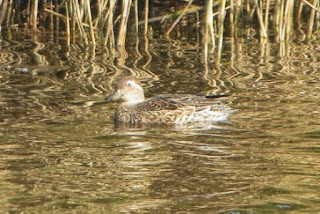 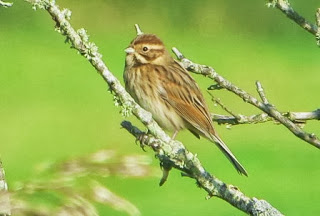 Shoveler, odd Teal and Reed Bunting, Breech Pool (photos: Andy House)
Selsey: Walk around the Bill this morning was pleasant but didn't produce much:  1 Wheatear, 2 Chiffchaffs, 5 Pied Wagtails, 34 Goldfinches W, 14 Linnets W, 12 Meadow Pipits N, and 62 Turnstones on the beach. Walk from Coastguard Station to the end of the caravan park wasn't much better although there was a good passage of Linnets in small flocks that later congregated on the rocks: 4 Curlew, 1 Chiffchaff, c35 Meadow Pipits with Kestrel in pursuit, 1 Pied Wagtail, 16 Goldfinches W, c75 Linnets W, 12 Brent Geese W.  I wasn't altogether surprised to see the bank Beryl and I climbed at Medmerry 10 days ago which gave us a panoramic view of one end of the new reserve, has now been fenced off with barbed wire! (SR).

A lovely warm day with plenty of sunshine and little wind although the birding was very slow. We started our day with a walk down Ellanore Lane, West Wittering and around Snowhill Marsh. Just a handful of Chiffchaffs and a Grey Wagtail W with a Kingfisher on Snowhill, a lone Guillemot out in the harbour, but little else noted. Church Norton: just a few Chiffs and 2 Wheatears. North Wall: Ruff, 6 Common Snipe and 4 Water Rails with a flock of 70 Golden Plover N. (Bernie Forbes, Dave Smith & Dorian Mason).
Below: A selection from the Breech Pool today (all photos: Dorian Mason). From the top:-
1. Lapwing, 2. Ruff and Mallard, 3. Ruff, 4.Water Rail, 5. Grey Heron and 6. Common Snipe 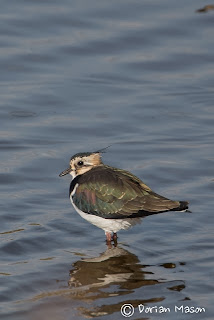 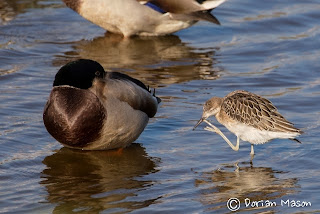 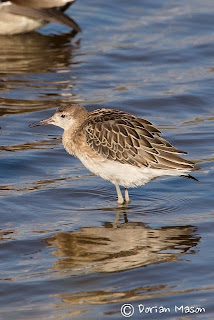 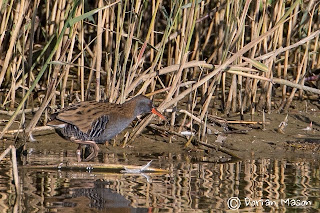 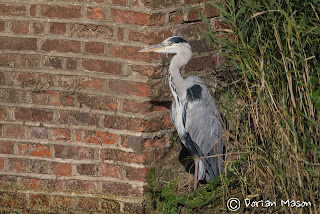 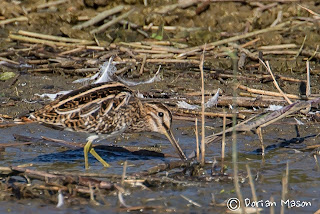 Monday, 14th October: A pleasant enough morning found yours truly at Church Norton bright and early, hoping to catch the early bird. Unfortunately there wasn't much on offer, the churchyard was devoid of anything exciting and my personal crusade to find a Ring Ouzel goes on. A short sea-watch at the Bill produced little offshore but 3 late Yellow Wagtails dropping onto the Oval playing field were a surprise. Then an early evening call from Sam Hill told of a male Ring Ouzel as he was on his Selsey-Norton walk. Full details will follow shortly... 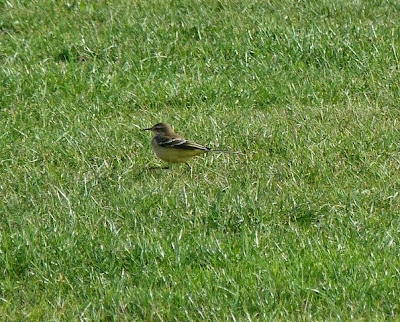 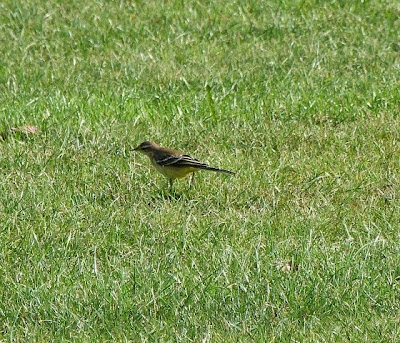 
Early this morning just 3 Chiffchaffs and a couple of Goldcrests in the churchyard, with 10 Siskins flying E overhead. Nearby 3 Mistle Thrushes, a few more Chiffs and a couple of Blackcaps, 18 Skylarks over SE and a Water Rail in the reedy margins near the Hide (OM). Later, a juvenile Marsh Harrier, a Peregrine and 26 Golden Plover (C&ME/CRJ)