A bright and breezy north-westerly has never done much for the peninsula, and this morning was typically quiet. 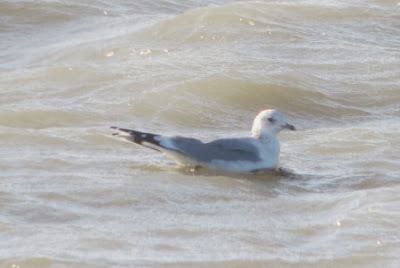 Church Norton: Couldn't see the Black Redstart on the concrete, just 5 Meadow Pipits there, 4 Blackcaps and 2 Chiffchaffs were behind the hide, and at least 100 Golden Plovers and 2-300 Lapwing went up from the far side of the harbour a couple of times. 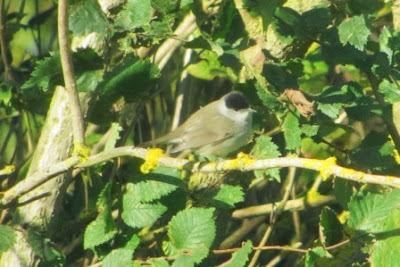 The morning after the 'great' storm was not much more than a typical autumn day on the peninsula, and the sea was as empty as recent days. However, there were still some interesting birds to report..... 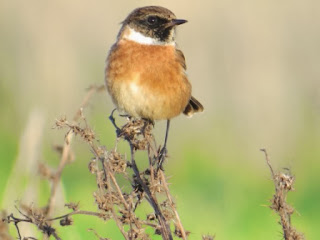 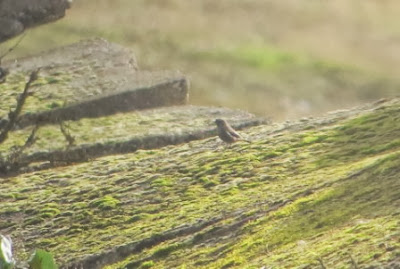 Church Norton: The Back Redstart was still on the concrete blocks this morning, along with a Wheatear and 3 Meadow Pipits. In the harbour, 4 Knot and a dozen Black-Tailed Godwits amongst the usual suspects. (AH & CRJ) 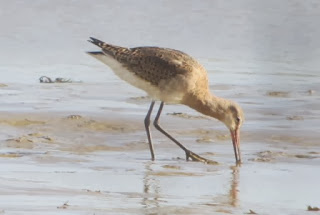 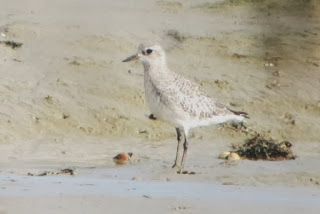 Tramway: Trevor Gibson-Poole reported seeing 3 male Yellowhammers in with the large Goldfinch flock this morning, a surprisingly scarce bird on much of the western side of the reserve.

Pagham Lagoon: One Wheatear at the old carpark, a Sandwich Tern fishing beside the west-most groyne, and a Coot having apple for lunch (ARK) 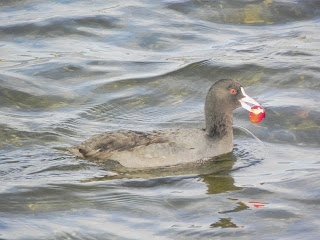