Tuesday, 31st December: Overnight gales with rain, then a cloudy and grey morning with a strong S/SSW wind 6-7. More of the same is forecast for New Year's Day, which may mean things get off to a bit of a slow start, but very best wishes to all for good birding in 2014. Meanwhile, on with today's bird news....

Pagham Hbr: Church Norton: An extremely high tide meant the path to the beach was impassable, and all the birds were repeatedly disturbed by a kite-surfer getting his kicks at their expense. Not much to report other than the commoner waders and a big flock of Brent Geese coming in to roost (AH). The high tide also partly submerged Tern Island, leaving waders (especially Grey Plover and Knot) to huddle together on any available spot. 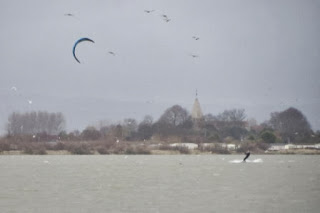 Waders and wildfowl whirling in all directions
(photos: AH) 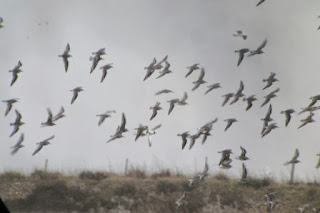 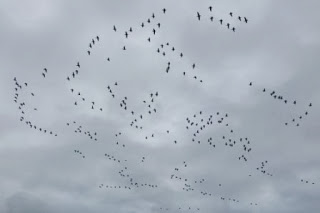 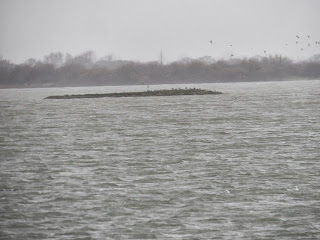 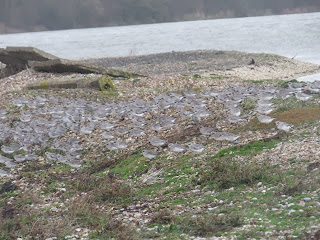 
Well that's it for this year folks - see you next year!


(ps - I'm out celebrating tonight, so a slow start tomorrow is anticipated)

Monday, 30th December: After yesterday's welcome sunshine it was back to yet another foul morning as the next storm system rolled in off the Atlantic bringing strong-gale force winds and driving rain. This pattern seems set to remain into the first week of the new year, so it will be interesting to see how things proceed. Reports are likely to increase over the next few days as observers get out and about trying to finish their year lists and start a new one, so in case I forget, I would like to take the opportunity now of thanking Andy House for his help and support in maintaining the blog since its inception. Thanks also to those who provide the reports and photos which are the lifeblood of the blog, and to all others who are interested enough to follow the news we publish in these pages. It's a little over nine months since the blog began (it seems longer!) and so far we haven't missed a day of news - though it's been touch and go sometimes! Doubtless there will be times in the future when neither Andy or I can cover the blog due to commitments, but hopefully these will be few. We may even try to recruit a substitute - so be warned, we're looking! Lastly, it is hoped to add or update some of the info pages in the near future, and Andy is currently working on a review of the year, but meanwhile may I take this early opportunity of wishing everyone who goes birding on the Peninsula a Happy New Year for tomorrow night. Owen.
Today's news:..
Selsey Bill 0800 to 1100hrs: Cloud, SW7, rain/showers     (Obs: SH/AH)
Gannet - 7W
Fulmar - 2W
Brent Goose - 10E, 8W
R/b Merganser - 8W, 4 os
Auk sp - 1W
Razorbill - 1W
Kittiwake - 157W
Rock Pipit - 1 ob 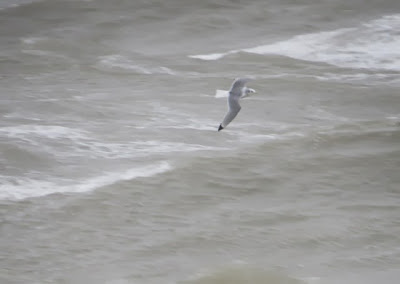 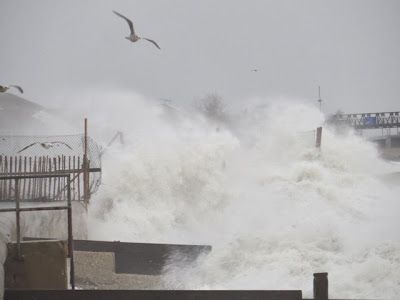 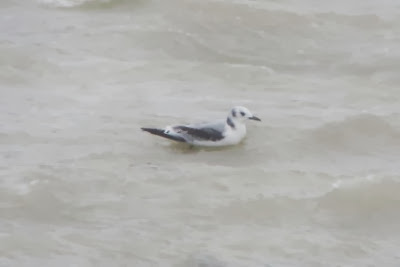 
Church Norton: Combined sightings for AH & IP this afternoon - 1 Long-tailed Duck and 6 Red-breasted Mergansers offshore, the Peregrine stirring up the waders, large numbers of Golden Plover and Lapwing in the harbour and 3-4 Goldcrests at the bottom of the path to the harbour.
Also IP reported the regular Grey Wagtail at Park Farm, Selsey and I had one over my Sidlesham garden this afternoon. (AH)