Wednesday 15th January: After the pleasures of yesterday's sunshine it was back to dull, damp and windy weather today. Both Whooper Swans were present at Chi GPs for a while this morning, but it seems they soon departed.


Chi GPs Ivy Lake: The two Whooper Swans were still present at 0900hrs (per Ivan Lang) but it seems they departed later and were not present early afternoon (RK).


Church Norton: Not much to report at a wet and windy Norton today - a group of 7 Bar-tailed Godwits in the harbour, plus a pair of Red-breasted Mergansers, and around the bottom of the path to the harbour the Firecrest and the Treecreeper were amongst half a dozen Goldcrests, plenty of Blue, Great and Long-tailed Tits and 50+ Goldfinches. (AH) 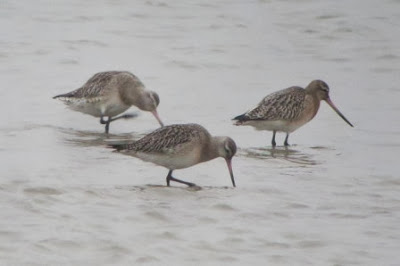 Three of the seven Bar-tailed Godwits at Church Norton (AH)
The two Ruddy Shelducks were again present in the harbour this afternoon, viewable from the North Wall, together with 88 Common Shelducks (Ron 'Chunky' King).

Chi GPs: Ivy Lake complex: The hitherto elusive Red-crested Pochard obviously liked the weather and was very obliging this morning, on the small pit at the eastern end of the complex. Also present around the pits were a Kingfisher, 80 Pochard, 20 Shoveler and 54 Greylag Geese. (AH) 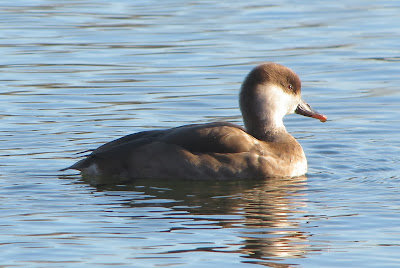 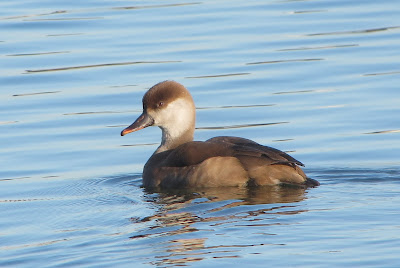 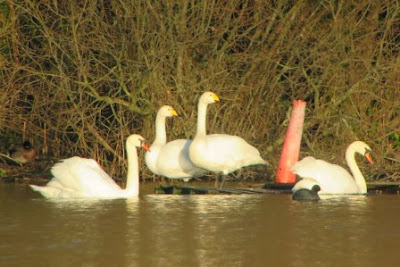 Whooper & Mute Swans on Ivy Lake (AH)
Honer Farm area: The two Whooper Swans were with Mute Swans near Bowley Farm this morning before being disturbed by shooters. Around the Honer Farm reservoir there were 2 Stonechats, 6 Meadow Pipits and 10 Yellowhammers. (CRJ)

Hunston: The large flock of Fieldfare (circa 150 this morning) was still at Kipson Bank Farm this morning, along with about half a dozen Redwing and similar of Yellowhammer. (AH) 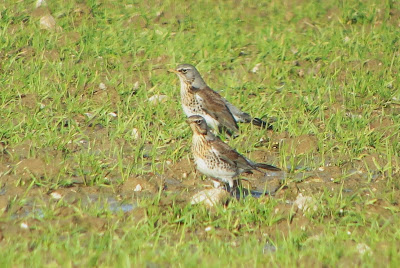 Fieldfares (above) and Redwing at Kipson Bank Farm, Hunston (AH) 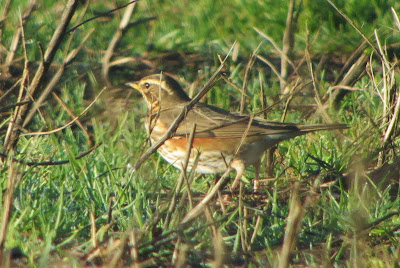