East Head: Not much to report with a high tide and strong wind - 20+ Sanderling were along the strandline, 30+ Ringed Plovers and 20+ Skylarks, plus a couple of Meadow Pipits were on the mud, 3 or 4 Red-breasted Mergansers and Great Crested Grebes off the northern tip, and a huge flock of Brent Geese (1000+?) on the grass with 40 Oystercatchers and similar of Lapwing. (AH) 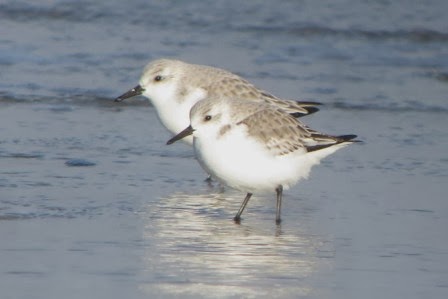 Sanderlings (above) and Oystercatychers at East Head (AH)﻿ 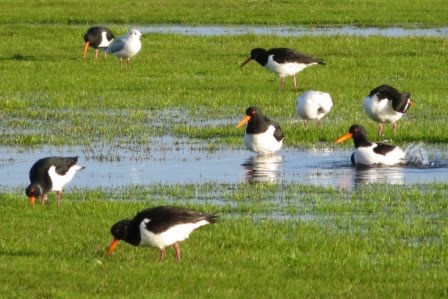 Medmerry: The Little Owl was present this morning at its regular, private, site. (AH)
Sidlesham SF: A lot less birds than my last visit, though still a Grey Wagtail and a Reed Bunting among 50+ Pied Wagtails, all disturbed by a low  Buzzard. (AH) 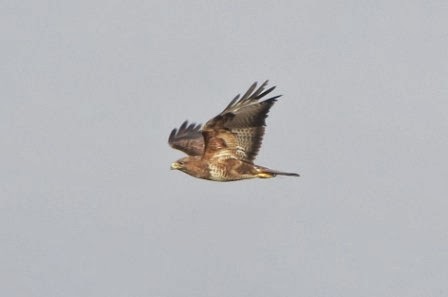 Buzzard over Sidlesham SF (AH)
Sadly, it was reported that the adult Glaucous Gull, rescued on the spit, and taken to Brent Lodge, failed to recover and died the following day.
Monday, 27th January: A bright and breezy day, with the harbour full of birds, but not much out of the ordinary.....

Church Norton: Huge numbers of Brent Geese around this morning, with well in excess of 1000 birds moving off on the falling tide, and at least that many again up over the North Wall. Plenty of waders, too - 3-400 Knot and similar of Dunlin on the mud, and at least a couple of hundred Black-tailed Godwit & Golden Plover going up over the harbour with 500+ Lapwing. Also, the leucistic curlew was around again.
There were 150+ Mediterranean Gull and 50+ Common Gull along the beach, but all I could find offshore were 4 Eider and 3 Red-breasted Mergansers (+ 3 more in the harbour).(AH) 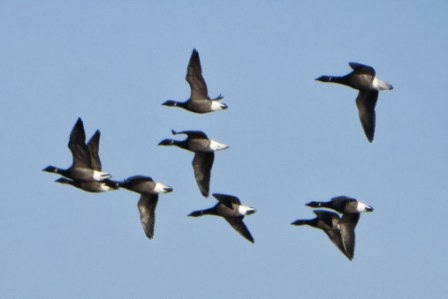 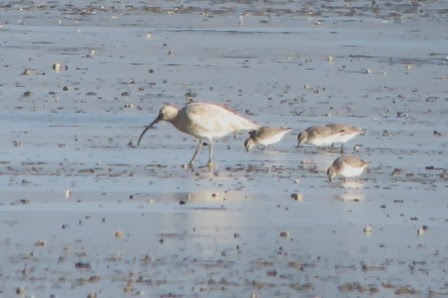 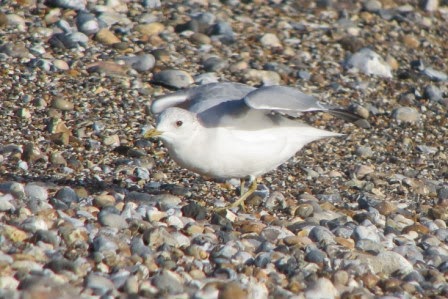 Common Gull on Church Norton beach (AH)
Ferry Pool: The two Ruddy Shelduck on there again this morning, along with 64 Shelduck, 44 Shovelar, 6 Gadwall, 35 Teal, and 200+ of Wigeon and Lapwing - almost all of which were asleep! (AH) 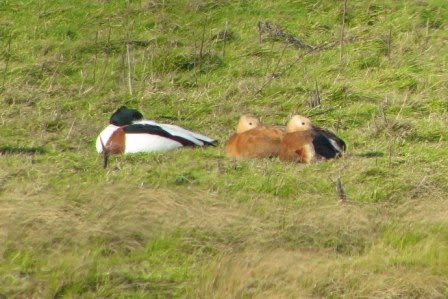