Monday, 20th January: Cool but dry with cloud, some sunshine and a light breeze. A lazy start to the day for yours truly, but early news received from CRJ/AH that the Glaucous Gull is still present on its island at Pagham Hbr; viewable from Church Norton or Pagham spit.

Church Norton: The good news is that the Glaucous Gull is still present, the bad that it doesn't appear very well. It was still on the 'Peregrine' island when we arrived, but flew onto the mud and eventually back onto Tern Island, but always immediately sitting back down looking sorry for itself. 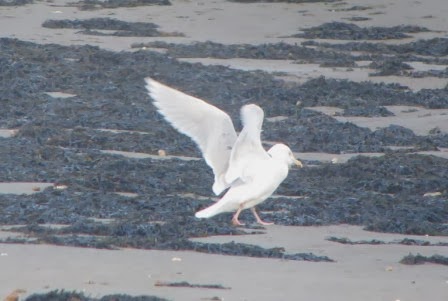 The Glaucous Gull during two brief moments of activity (AH) 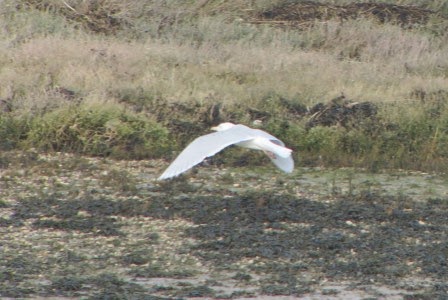 Elsewhere, from the spit, there were 9 Slavonian Grebes (my best count since before Christmas), 1 Long-tailed Duck, 3 Eider, 6 Great Crested Grebes and 20+ Red-breasted Mergansers offshore, plus a flock of 8 Common Scoter flying east, and in the harbour 2 Spotted Redshanks near Tern Island, 2 Goldeneye, at least 8 Red-breasted Mergansers, 30+ Mediterranean Gulls and a huge flock (at least 500 birds, maybe double that) of Black-tailed Godwits, amongst the regular birds.(AH & CRJ). Later a Black-necked Grebe gave close views on the sea off Church Norton (T. Gibson-Poole). 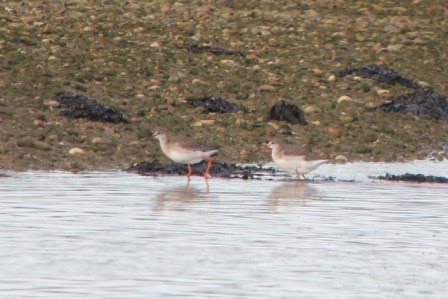 Spotted Redshanks (above) and Red-breasted Mergansers in the harbour (AH) 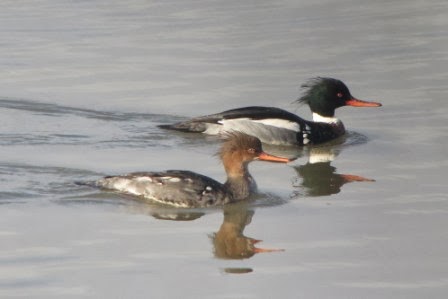 Sunday, 19th January: A crisp, bright and sunny morning with hardly a cloud in the sky at first - a very welcome change this winter! An adult Glaucous Gull was reported around 13.00, found by Dave Smith and Dorian Mason at Church Norton roosting on Tern Island. And just to prove it's been a mild winter so far, a Red Admiral butterfly was seen on the wing today. 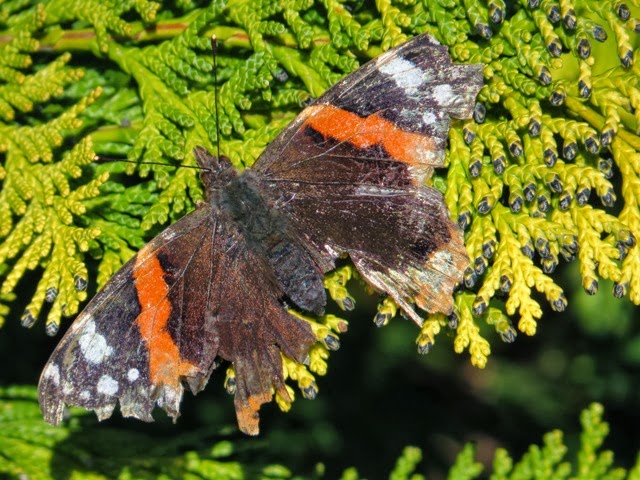 A tatty-winged Red Admiral at Park Farm, Selsey (Sam Hill)
Pagham Hbr: Church Norton: An adult Glaucous Gull was present on Tern Island early afternoon before flying across to settle again on New Island (i.e. the regular peregrine roost spot) (DIS/DM).
It was still present until dusk, sat on the top of the island, not troubled even when all the other big gulls got up. Also 2 Long-tailed Ducks and 12 Common Scoter were offshore. (AH) A Ruff was on the flooded field behind North Wall stables, and 6 Snipe on the saltings (ARK/M.Helps). 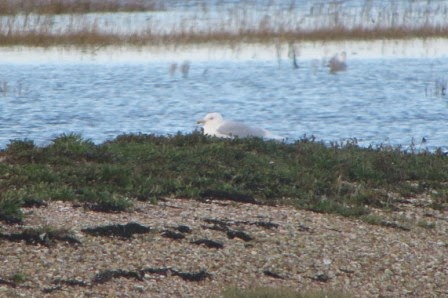 The Glaucous Gull sat on its island in the harbour. (AH) 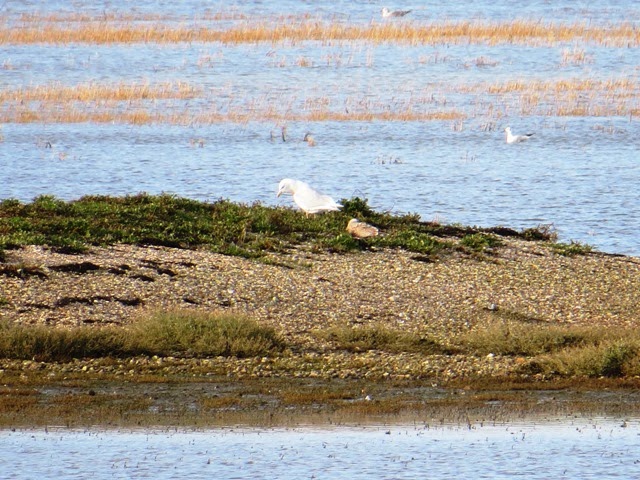 Another view of the Glaucous Gull, looking paler-mantled in the bright sunlight (Sam Hill)
Posted by Birderowen at 14:06