Fishbourne Creek: Had an interesting morning - the highlight of which was a Black Brant in amongst at least 1000 Brent Geese in the main channel. 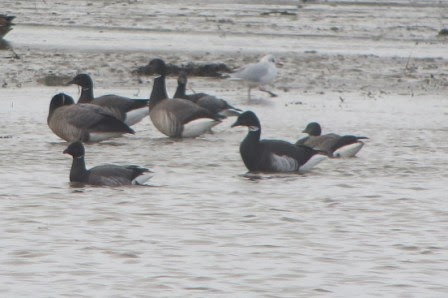 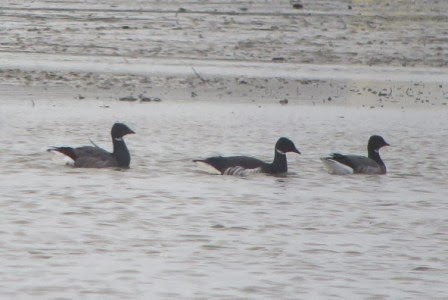 Also of note, there was a minimum of 28 Yellowhammers in the bushes by the cattle fields, at least 700 Common Gulls present, as well as a single Lesser Black-backed Gull, 3 Spotted Redshanks, a Greenshank and 3-4 Rock Pipits. (AH) 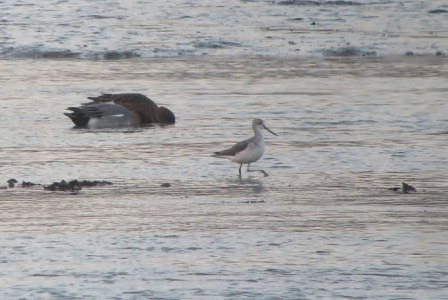 Greenshank (above) and Spotted Redshank in Fishbourne Creek (AH) 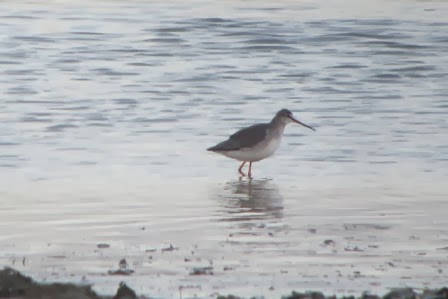 Pagham Hbr: North Wall: Very quiet and very mild. Where have all the Wigeon gone?,. only 3 seen today! A pair of Stonechats in the horse field and 181 Curlew spread across 4 fields. Female Sparrowhawk in trees alongside the Breech Pool. (JW) Ivan Lang later reported the 2 Whooper Swans behind the  Breech Pool, plus 2 Long-tailed Ducks off Church Norton and a Nuthatch in Norton Priory.


I visited the dunes at East Head this morning, taking advantage of the reduced £1 parking.  The Snow Buntings seem to have moved on but I did come across a highly vocal Dartford Warbler in bushes along the side of the dunes near the green doggie bins.  I had good views of it although it was very camera shy, being very active and often skulking. There was also up to 2 Reed Buntings, a  Skylark, 3 Pied Wagtails and 8 Meadow Pipits. (SR).
Tuesday, 7th January: Cloudy and still very windy with a strong SW approaching gale force; the prospect is of further rain later, but with the promise of some better weather in the next few days.

Selsey Bill: Bright sunshine and a strong wind veering round to the west meant there was almost no movement. However the two Little Gulls were still close offshore, the two Velvet Scoter and a single Common Scoter were also still about and a total of 8 Kittiwakes drifted through the gull flock feeding on the surf. (AH) 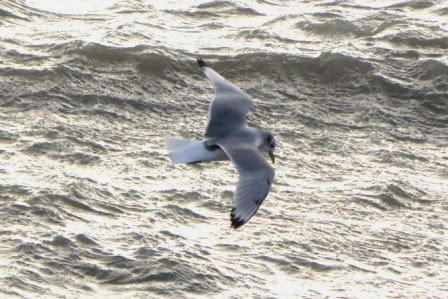 Kittiwake (above) & the first-winter Little Gull off the Bill (AH) 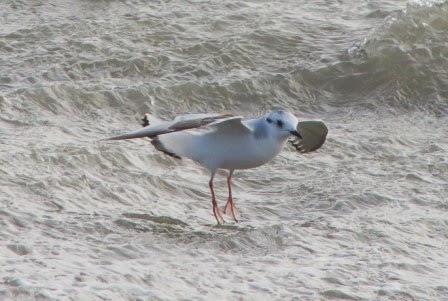 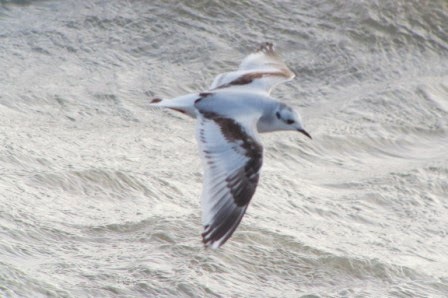 Pagham Hbr: Church Norton: Four Avocets were in the harbour along with two Goldeneye and a Red-breasted Merganser this morning. The huge flocks of Lapwing, Golden Plover and other waders were constantly disturbed but I couldn't find the culprit. (AH) (but see IL's report below).
Pagham Lagoon: Windy and quiet; 1 Kingfisher, 4 Goldeneye (3 females and a happy male), 1 Red-breasted Merganser, 1 Tufted Duck, 12 Little Grebe, 1 Great Crested Grebe, 19 Med Gulls and 120 juvenile Herring Gulls (JW)
Despite the windy weather reasonable number of birds in the harbour. In the entrance from the Pagham side, 1 adult Kittiwake and 50 Med Gull. In the harbour 300 Golden Plover, 600 Black-tailed Godwits, a Merlin, Sanderling, redhead Goosander and Spotted Redshank. Breech Pool had a Water Rail and at North Fields one Marsh Harrier (Ivan Lang).